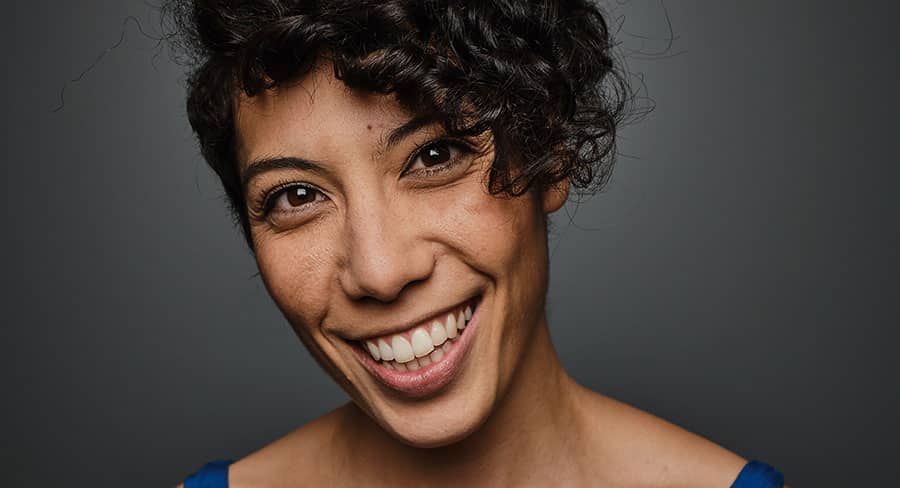 • The Feed airs at 8.30pm Thursdays every week on SBS Viceland

Matthews is best known to Australian audiences for her work on youth broadcaster Triple J, where she’s been a reporter and newsreader. In 2015, Matthews won a Young Walkley Award for her reporting on sex abuse in the medical industry, and has collaborated on two publications for the UN on protecting confidential sources and fake news.

As The Feed welcomes five new faces, the program farewells two of its founding members in Jan Fran and Patrick Abboud. The duo will sign off from The Feed tomorrow night on SBS Viceland at 8.30pm.

“It’s great to see how Jan and Pat have grown with us since the program’s launch in 2013. As founding members of The Feed, SBS would like to thank them for their huge contribution. They’re leaving a fantastic legacy and we wish them all the very best for the future. I know they’ll do more remarkable work.”

Jan Fran said: “I started as an SBS cadet and the fact that I lasted as long as I did is a testament to one, how lazy I am, but two, how good SBS has been to me this last decade. I’ve had so many opportunities, worked with so many wonderful people and made friends for life. SBS gave me so much room to grow and I thank all the bosses I’ve had who trusted me and/or were too busy to go over what I’d actually written until it went to air. I wouldn’t be the person nor the journo I am today if it wasn’t for SBS. Honestly, who else is going to let me say half the sh*t I say on air?

“As I explore new and exciting opportunities, I know I’ll always be part of the SBS family and SBS will always hold a special place in my heart. Just think of me as the estranged cousin who does their own thing but is somehow always still there at Christmas telling you what’s what.”

Patrick Abboud said: “I started at SBS on a late night radio program called Alchemy. With big ideas and an ambitious outlook I went on to pitch a TV show that would reflect not only my own experiences as a young gay Arab man but all that incredible diversity that we just weren’t seeing enough on our screens. And so The Feed was born. Six seasons later, I’m so chuffed to have founded a program that’s nurtured amazing talent and changed the media landscape for the better. I’m so thankful for the endless opportunities to have worked on so many other life-changing projects at SBS alongside life-long friends I’ve made. I want to say a huge thank you to all the people at SBS that encouraged me, supported me and believed in me. This place has made me a stronger storyteller – more than that, it’s changed who I am as a person. I’m very excited about my new projects but SBS will always feel like home.”

Alice Matthews said: “If I could dream up the best job right now for a young journalist, it would be this. I love the way The Feed combines brilliant journalism with a couple of solid lols. I am so excited to join the team. My role will inevitably involve feeble attempts to fill the void left behind by Jan and Pat, while managing Hing’s blatant efforts at a total take over. I can’t wait!”

The Feed airs at 8.30pm Thursdays every week on SBS Viceland, followed by an encore screening late on Friday evenings on SBS.

Alice is best known to Australian audiences for her work on Triple J, where she’s worked as a reporter and newsreader. In 2015, Alice won a Young Walkley Award for her reporting on sex abuse in the medical industry. Alice has also worked on two publications for the UN on protecting confidential sources and fake news.

Since joining SBS as a cadet in 2016, Michelle Rimmer has worked as a cross-platform journalist covering domestic and international news stories across SBS television, radio and online, with a particular interest in education, women’s sport and AFL. She speaks Indonesian.

Prior to joining The Feed, Tania was with Buzzfeed Australia and Buzzfeed LA, where she made shareable content for a global audience. Tania shoots, edits and reports. For the past few months, she has been producing documentaries for charities in Lebanon.

Rebecca has produced half-hour documentaries for Vive’s Australiana series which have aired on SBS Viceland. She is currently putting the finishing touches on a podcast series for Audible, the third local commission after Marc Fennell’s It Burns podcast.

David Ma joins The Feed from MTV where he worked on a variety of broadcast and promotional content across their media channels. David has a particular interest in telling stories about race and the immigrant experience in Australia.