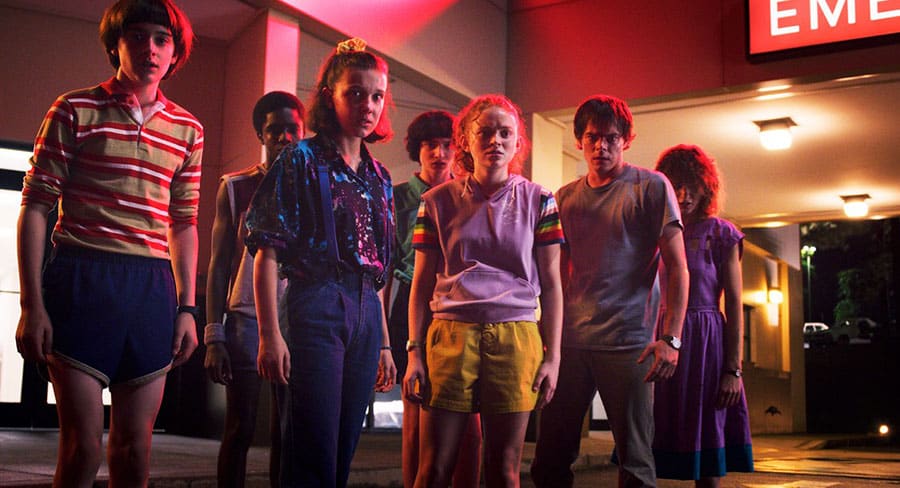 Stranger Things has more than doubled its Average Demand Expressions in both Australia and New Zealand in the past week as the show continues to gain momentum after releasing its third season on Netflix on July 4. The show has managed to maintain the popularity that it established in its first two seasons as it is over five times as discussed as any other show in both markets, setting numbers that have only been matched this year by Game of Thrones.

The 80s themed sci-fi hit further establishing its considerable lead over the rest of its competition is the most noteworthy thing in a fairly quiet week for the TV Demand charts with chart regulars such as Handmaid’s Tale, Good Omens, and Lucifer filling out the top of the Digital Original charts, and the Overall TV chart is full of favourites such as Game of Thrones, Brooklyn Nine-Nine, and Big Little Lies. The most popular piece (only piece) of Australian content on the Overall TV chart is once again The Voice Australia, following its series finale last week.