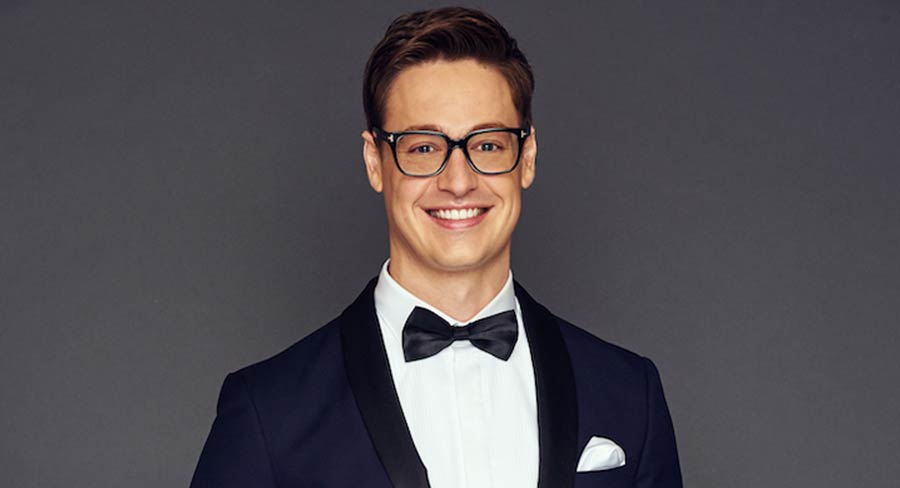 • SAFC, Near, King Features/Lovatts Media, 13 Reasons Why and, Chris Judd

Her resignation as chief executive of the South Australian Film Corporation, made for personal reasons, comes during a stunning revival of the industry with the ABC TV drama Stateless starring Cate Blanchett and Jai Courtney filming here, while the Hollywood action movie Mortal Kombat, the state’s biggest film production, is gearing up to start in September.

The Hunting, the first prime-time TV drama made in SA was filmed over summer and goes to air on SBS early next month.

Gibson, an energetic and engaging advocate for SA film, said she was proud of what the sector had achieved since she arrived.

“I think we’ve got a lot done in a short space of time and we now have a strategic plan, a business plan, a budget, and lots of announcements and initiatives to come,” Gibson said.

Gibson, the daughter of the late sports journalist Mike Gibson, will return to her family in Sydney, including a son who is completing Year 12, and will take a break before deciding on her next career move.

“The time is right for me to return to my family in Sydney. It has been challenging because I haven’t been ‘fly in and fly out’; I have been here,” she said.

Data intelligence outfit Near secures $143m in funding for growth

Data intelligence outfit Near has closed a mammoth $US100 million ($143m) Series D funding round, with the Telstra Ventures-backed company set to significantly increase its activity in Australia. Reports The Australian’s David Swan.

Near co-founder Shobhit Shukla told The Australian his company held the largest dataset of people’s behaviour in the real world, with more than 1.6 billion users on the marketing technology platform.

Near takes real-world signals such as location and transaction data, then marries it with anonymous mobile data collected by apps such as news websites, weather or maps to get an accurate picture of a person’s behaviour. That data can then ensure users are served up relevant advertising and content.

Existing partners in Australia include News Corp, which collaborated with Near to develop its audience targeting and campaign activation platform News Connect, and Telstra Ventures, which was one of the company’s first investors.

Long live the king: young American actor Austin Butler has been cast in the coveted role of Elvis Presley in a biopic about the rock’n’roll legend that Baz Luhrmann is making on the Gold Coast, reports The Australian’s Matthew Westwood.

Butler, 27, will star in the still unnamed movie about Presley and his relationship with manager Colonel Tom Parker, to be played by Tom Hanks.

Studio Warner Bros announced Butler’s casting yesterday after a search that included Ansel Elgort, Harry Styles and Miles Teller. The director said he was looking for an actor who could convey Presley’s moves, voice and personality.s

“I knew I couldn’t make this film if the casting wasn’t absolutely right, and we searched thoroughly for an actor with the ability to evoke the singular natural movement and vocal qualities of this peerless star, but also the inner vulnerability of the artist,” Luhrmann said.

Queensland Premier Annastacia Palaszczuk, who was instrumental in bringing the production to the state, recently met with Luhrmann in London.

Filming will start at Village Roadshow Studios early next year. The production is expected to employ 900 people and have an economic benefit to the state of $105 million.

King Features Syndicate, a unit of Hearst and home to some of the world’s most popular entertainment characters, has announced its newest international agent, Lovatts Media, who will be representing their syndication business in Australia, New Zealand, Fiji, New Guinea, Papua and the Solomon Islands.

King Features’ new partnership with Lovatts Media is part of a larger effort to grow their business internationally, and this partnership will allow both companies to join forces with complementary content portfolios. 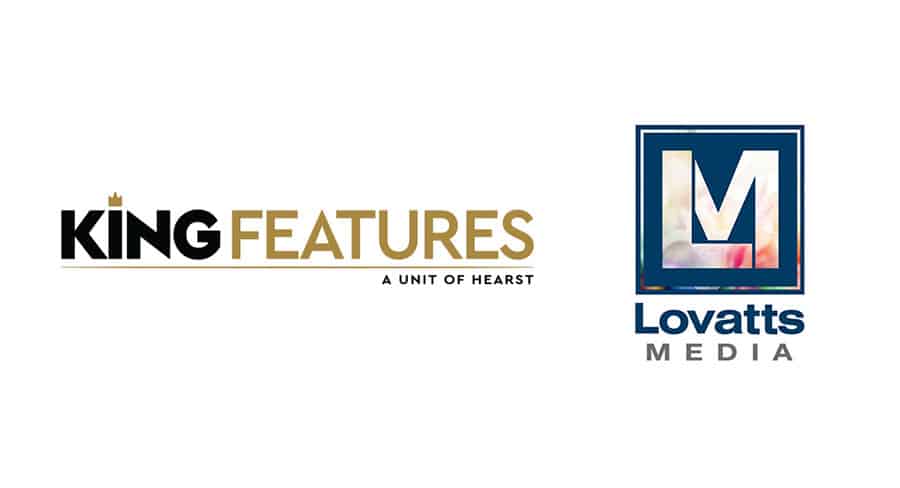 The new partnership will allow Lovatts Media to expand their portfolio to include King Features’ comics, cartoons, premium special interest editorial content, and innovative digital platforms, as well as a range of exciting new puzzles. 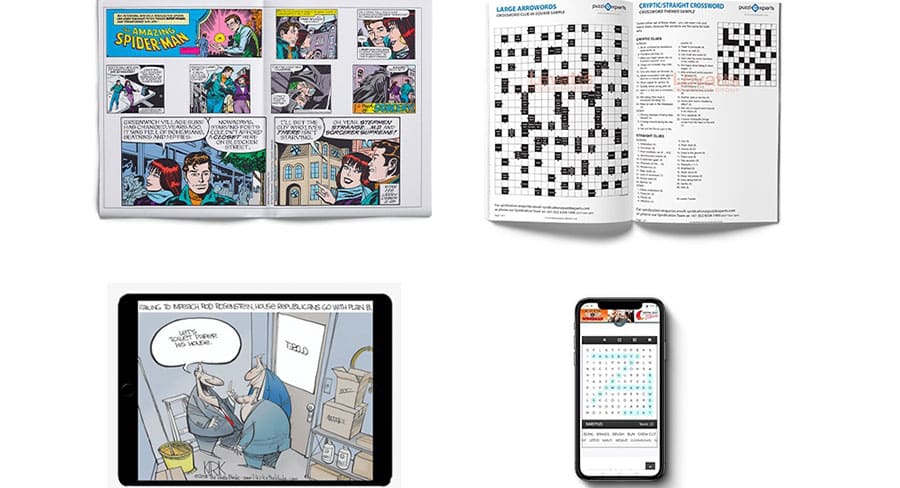 “Lovatts Media is exactly the type of entrepreneurial partner we are looking for to help grow the digital and print footprint of our content in Australia, New Zealand, and beyond,” said Rebecca Haase, Vice President Sales and Distribution.

“We are excited to work with one of the world’s leading providers of licensing and entertainment content, and to bring their sought-after global brands to our local partners. We also look forward to welcoming King Features’ valued clients into the Lovatts Media family,” said Rachael Northey, CEO, Lovatts Media.

International cricketer Chris Gayle’s $300,000 defamation win has been upheld, despite judges finding his barrister went too far in linking a massage therapist’s eating disorder to her credibility, reports AAP.

The NSW Court of Appeal dismissed a challenge by three Australian newspapers against the successful lawsuit brought by the West Indies batsman over a claim he exposed himself to the female massage therapist.

The three judges on Tuesday also dismissed a cross-claim by Gayle who argued his $300,000 damages payout should be increased.

In October 2017, a NSW Supreme Court jury found in favour of Gayle who sued Fairfax Media — the-then publisher of The Sydney Morning Herald, The Age and The Canberra Times — over 28 articles run in January 2016.

The 23-year-old Namibian immigrant is one of the women vying for astrophysicist Bachelor Matt Agnew’s heart in the upcoming season, premiering Wednesday July 31 on Channel 10.

Now living in Mortdale and working as a model, she said she was proud to be a woman of colour in the running but wasn’t worried about tokenism.

“There are so many standards of beauty so I’m really excited to be part of the season of diversity,” she told Confidential.

“I knew within myself that I was on the show because of who I am as person and what I have to offer. “I’m happy to be one of the first black girls on the show.”

Netflix has removed a controversial scene from 13 Reasons Why, two years after a public outcry from some of Australia’s peak mental health bodies, report Nine publishing’s Broede Carmody and Aja Styles.

The streaming giant revealed on Tuesday it had deleted a graphic suicide scene in the first season of its popular drama. The scene was widely condemned by mental health experts for showing the protagonist’s method of suicide and potentially sparking copycat behaviour.

“We’ve heard from many young people that 13 Reasons Why encouraged them to start conversations about difficult issues like depression and suicide and get help – often for the first time,” a Netflix spokesperson said. “As we prepare to launch season three later this summer, we’ve been mindful about the ongoing debate around the show. So on the advice of medical experts, including Dr Christine Moutier, chief medical officer at the American Foundation for Suicide Prevention, we’ve decided with creator Brian Yorkey and the producers to edit the scene in which Hannah takes her own life from season one.”

Judd on Monday night moved to clarify his “training wheels” comments on Channel 9’s Footy Classified program seven days prior when he declared the Blues “don’t want someone with training wheels on” to be the club’s next senior coach.

Judd returned to the Footy Classified desk to clarify his statements and was pushed hard by experienced AFL reporter Caroline Wilson.