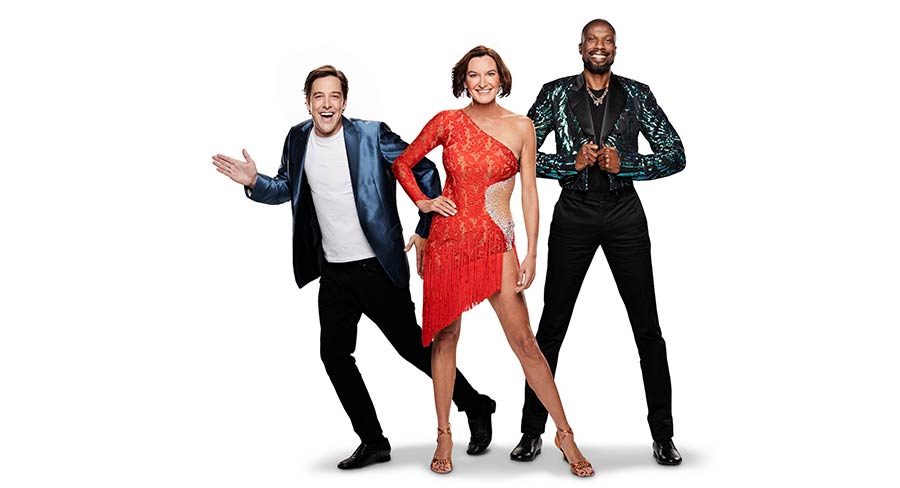 After what looks like a pretty accurate forecast from journalist Peter Ford about who will be on Dancing with the Stars on its new home at Network 10, the broadcaster has confirmed three of the stars.

Samuel Johnson, Sir Curtly Ambrose and Cassandra Thorburn will be in the mix when the program launches in mid-February.

He’s determined to break fundraising records towards vanquishing cancer through the charity – Love Your Sister – which he established with his sister, Connie.

Samuel said: “I promised the country I’d raise $10 million for cancer research and I want to dance my way there. I’m being trained intensively hour upon hour, day upon day by the best in the business.”

Sporting legend, Sir Curtly Ambrose, will leave his fast bowling skills behind him when he quicksteps onto the dance floor.

Sir Curtly said: “This will give me a chance to show Australia and the rest of the world that I can do more than a bit of cricket. I’m serious about it, I’m not going to travel all the way from Antigua to come here to mess it up.”

Children’s author and broadcaster, Cassandra Thorburn, will be dusting off her dance shoes and getting ready to rumba, when she joins Samuel and Sir Curtly on the dance floor.

The now famously single mother of three has agreed to foxtrot, tango and mambo as a promise to her late father.

“He said to me ‘if you don’t say yes to an opportunity that you NEVER thought would come up you will regret it one day’. Plus, learning to dance is so lovely. What a skill,” Cassandra said.

Hosted by Amanda Keller and Grant Denyer, Dancing With The Stars is produced by Warner Bros International Television Production Australia and BBC Studios, from a format created by the BBC and distributed by BBC Studios.