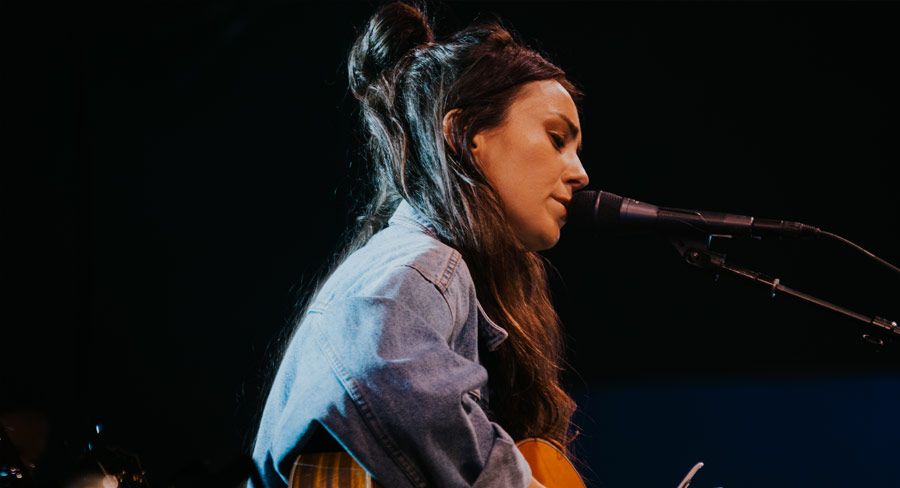 It was part of a massive week for Shark, who heads to the US and Canada next week.

Just a day after the first-ever Australian episode of MTV Unplugged was recorded with Gang Of Youths, the youth media brand recorded its second performance with another Sony Music artist, this time Amy Shark. It was part of a massive week for Shark, who heads to the US and Canada next week. She played Splendour In The Grass last weekend, she has the #1 ARIA album and she plays a Red Room show in Sydney tonight.

Hit Network and Unplugged host Ash London reminded the audience for a second successive night at the end of the performance, “Isn’t live music great.” And again she was correct.

The venue for the second show was the same, as were the partners Vodka O and Visit Victoria, who are on board long-term with MTV.

Visit Victoria hosted media in Melbourne on Thursday with a visit to Australian Music Vault to see some of Melbourne’s musical heritage. Peter Bingeman, chief executive officer of Visit Victoria, told Mediaweek: “Music is a key brand attribute for Melbourne, one that no other city in Australia can own. We intend for Melbourne to be top of mind for travellers as one of the world’s greatest live music cities and the MTV Unplugged Melbourne event series helps us work towards that goal.”

Perhaps they should be talking to ARIA chief executive Dan Rosen about the ARIA Awards. Rosen was a guest at the Gang Of Youths show on Wednesday – he should have returned for Amy Shark too.

The two shows couldn’t have been more different. While Gang Of Youths dazzled via their front man David Le’aupepe and the at-times intense musical murals they delivered, Shark engaged her audience with lengthy detailed stories about most of the songs, and while she shared the stage with her three-piece band, it was all about her stories, simple delivery and her endearing personality. Editing this show down could be a challenge for MTV with Shark delivering big time with 13 songs, including two covers, delivered from the stage decorated with candles and fairy lights. All of this should look somewhat magical on TV screens.

The evening started with Drive You Mad and then it was Don’t Turn Around, Leave Us Alone, Teenage Dirtbag (a Wheatus cover), Never Coming Back, Blood Brothers, Psycho, I’m A Liar, All Loved Up, Weekends, Riptide (a Vance Joy cover) her current hit I Said Hi and her final tune Adore.

The Amy Shark audience was 400+ and again filled the Meat Market’s Cobblestone Pavilion to capacity. It was a little younger then the previous night’s crowd. Mediaweek was lucky to chat with Triple M’s Jane Gazzo, who now hosts the syndicated My Generation show with Ugly Phil and she also hosts Sunday night’s Home Grown. Also from radio, and fresh from some Nova Red Room shows, was Nova Entertainment’s Jane Elliott.

Sadly, the evening marked the final day at MTV for the legendary Adam Cubito, who is leaving his role as PR and Communications Manager. Sydney’s loss is Melbourne’s gain.

Mediaweek travelled to Melbourne as a guest of Viacom for the MTV Unplugged shows.