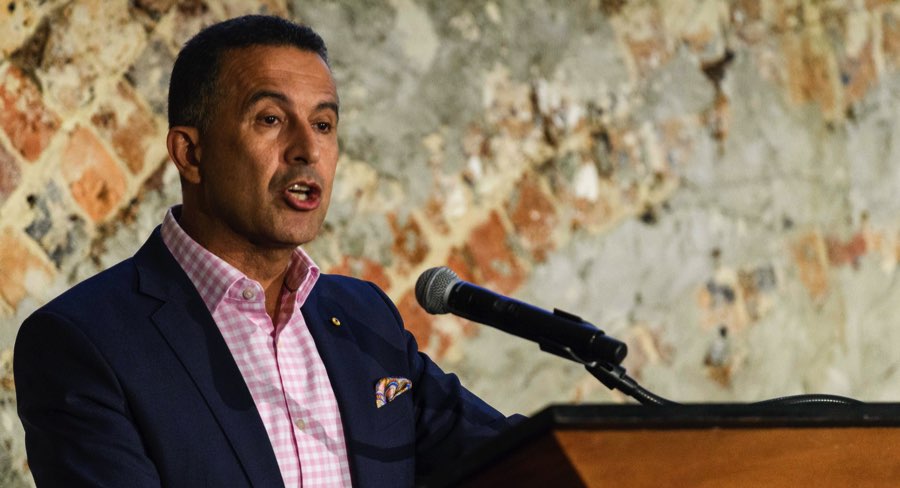 • Outgoing CEO Michael Ebeid: ‘It is an end of an era’

SBS’s outgoing CEO Michael Ebeid opened the network’s 2018 Mid Year Showcase event last night in Sydney. This was his first public event since the announcement of his departure was made public this month.

“Football absolutely transcends race, class and borders and unites communities – except if you are at Optus,” Ebeid joked, after talking about the success of the 2018 World Cup for SBS. “We are absolutely thrilled that over nine million Australians tuned into the World Cup on TV. On our radio and digital services we had eight million streams.”

Ebeid also acknowledged the news of Lee Lin Chin’s exit from SBS, which broke just hours before the event. He said, “It is an end of an era.

“She will be reading her last bulletin on Sunday night after 30 years on SBS. Lee Lin is absolutely iconic, if not unique, on Australian television screens.

“In so many ways she epitomises what SBS stands for. We are sad to see her go.”

When Ebeid joined SBS as its chief executive, the network had a share of 4.8% and “absolutely had no digital services whatsoever across radio or news”, he said. Since then, the organisation has expanded rapidly in the digital space. Speaking about the successes of SBS’s digital properties, Ebeid highlighted the following:

• SBS On Demand: 76% of the dramas on the service are in a language other than English. It now has over five million registered users across its platforms.

• SBS News and current affairs: World News, Insight and Dateline have all seen growth across all the platforms they are on, including digital. Meanwhile, SBS’s online news service has seen “over 100% increase in the last 12 months”. Following Ebeid’s address, SBS director of television and online content Mashall Heald took to the stage to introduce new programs coming to the network in the second half of 2018. He was helped by World News presenter Janice Petersen, The Feed’s Marc Fennell and Jan Fran and Dr Susan Carland.

Go Back To Where You Came From will return to SBS for a fourth season, but this time as a live program. It will be hosted by Petersen. Carland will front a new series to find Australia’s brightest child in Child Genius. See SBS’s full programming slate for the second half of 2018 here.