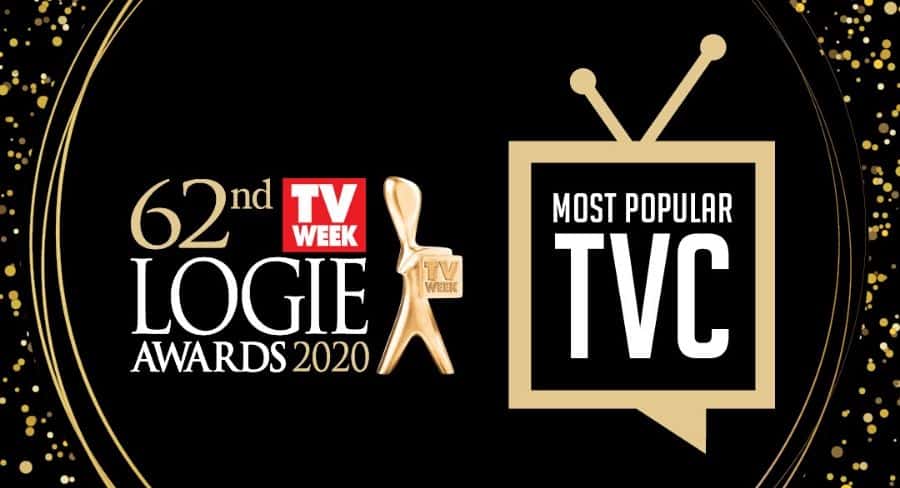 The 62nd TV Week Logie Awards will once again recognise the Most Popular Television Commercial, with the winner taking home a coveted Logie statue and a $100,000 Bauer Media advertising package.

The award recognises excellence in television advertising and is open to advertisers, as well as creative, media and content agencies.

The three finalists will have the chance to rub shoulders with the stars of the small screen, with each finalist receiving two tickets to television’s night of nights on the Gold Coast in June. The winning commercial will also be announced during the 2020 TV Week Logie Awards telecast.

The 15 finalists will be selected by a 10-strong panel of leading industry peers, including Russel Howcroft, partner and chief creative officer, PWC; Kim Portrate, CEO of Think TV; and Dee Madigan, ECD at Campaign Edge. The winner will then be decided by the ultimate arbiters of TV advertising, the general public.

Thomas Woodgate, editor of TV Week, said: “We had a great response last year from agencies and advertisers across the country when we introduced the Most Popular Television Commercial to the TV Week Logie Awards, so we’re delighted to be bringing it back in 2020. This is an award that agencies and advertisers are desperate to win – and the fact that the winner is determined by the public means that much more. On top of that, it is a great opportunity for the winner to be recognised on the biggest night in Australian television. We can’t wait to see who the public picks as the winner and to present the TV Week Logie Award to the winning agency on June 28 at The Star Gold Coast.”

Entries are now open and will close on March 31.