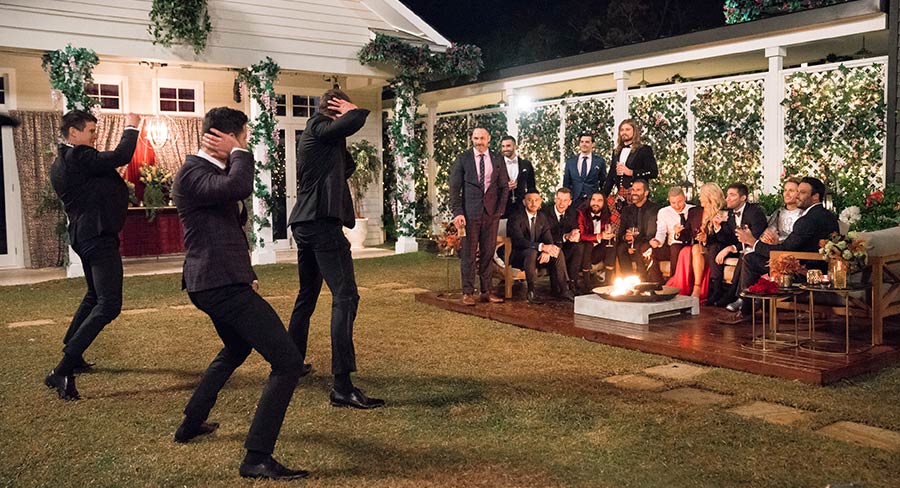 TEN is hedging its bets with yet another romance show.

Many have described the controversy around gambling ads on the Sydney Opera House as a “tipping point”. The same might also apply to The Bachelor franchise after The Honey Badger picked nobody and Ali debuted to the show’s lowest figures yet.

TEN must know that Ali, now in her third series searching for love, is problematic given they proclaimed from the get-go that “no-one deserves love more” (um, really?) before then having a flash-forward to the finale with Ali saying, “I think it’s a love that is definitely going to be everlasting” (yeah right). Cut to her then breaking down in hysterical tears.

That’s almost as desperate as the blokes, who are mostly wannabe comedians (who aren’t funny) or narcissistic sleazeballs (hoping also to be cast in Bachelor In Paradise). In a show where diversity is a white guy speaking in an English accent, it was perhaps unwise to suggest a contestant might be transgender (“I wasn’t born Bill”) because, when the show returned from its commercial break, he said, “I was actually called David!”, which is officially the lamest cliffhanger reveal in the history of reality TV.

TEN is hedging its bets with yet another romance show. In its introduction, it takes credit for the entire genre by reminding us the show began in 1967 before peaking in the 80s with Perfect Match. This time, however, it is all about copying the UK version, which ran for decades with Cilla Black at the helm. Now it’s Julia Morris and she seems to flounder a bit without her I’m A Celebrity co-host because, sadly, Dr Chris Brown is way too tall to be Dexter the robot.

Julia repeats several gags and phrases like “wet stuff”, “hot flush” and “am I allowed to say this?”, which could be a reference to her Logies gaffe. There’s a voiceover guy who sounds like the Osher Günsberg you get when the real Osher isn’t available, and the contestants could be Bachelor and Bachelorette rejects for being too old or too bogan. The cheesy double entendres wear thin after an hour, suggesting there was a very good reason why this show used to run only for 30 minutes.

Given we seem to know too much about The Bachelorette and everyone else’s love lives, the ABC and Netflix are hoping there may be more interest in something we know nothing about, Pine Gap. Jacqueline McKenzie and Stephen Curry are superb in Pine Gap, a new thriller that should satisfy those who love a good spy drama. The story cleverly finds ways to get the cast out and about from behind their computers, with hiking trips into the desert and some very stylish houses in Alice Springs on show. Pine Gap is a show you have to pay attention to and that might be too much of an ask for those who watch dating shows. But at least there won’t be any gambling ads on during it.