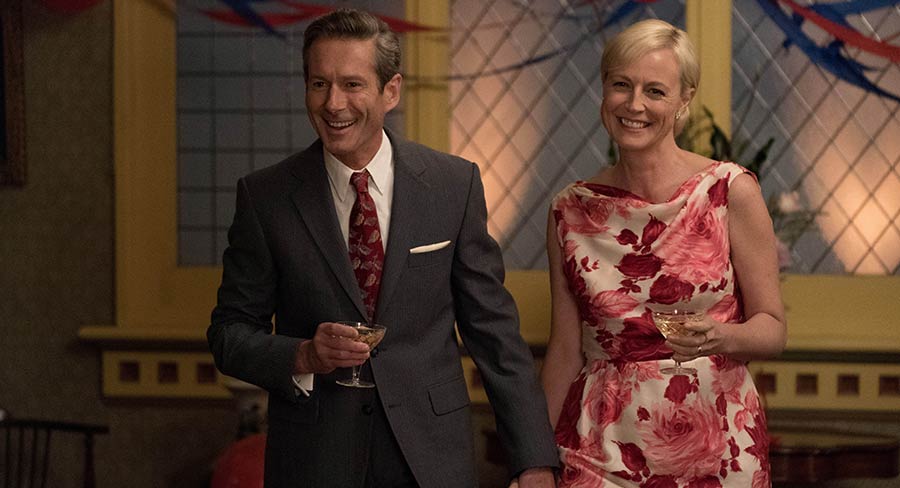 This beautiful finale, cleverly set in the final days of the 1950s, ties up every loose end and for fans like me.

Australian TV dramas often don’t end well because most shows overstay their welcome and sputter to an end only when the axe falls. Finales will often include either closing down the workplace setting (The Young Doctors, All Saints), killing off a beloved character (The Box, The Sullivans) or flashbacks during a closing clips package (Cop Shop, E Street).

Chances can claim the most outrageous ending of all time after Alex (Jeremy Sims) was metaphysically transported to the Melbourne Library where he met God. Seriously, why has Nine never repeated this show? Prisoner was the most satisfying when it finally put The Freak (Maggie Kirkpatrick) behind bars, but given months of unwatchable episodes beforehand, it was also a relief to slam that door shut.

A Country Practice ended on Seven with a bushfire razing Wandin Valley, only for it to rise from the ashes on TEN for 30 more (underwhelming) episodes. Nobody remembers how it ended the second time (because two characters nobody cared about got off their horses to kiss) but now that it could be coming back for a third time, let’s hope Wandin Valley returns to the social issues that made it great the first time round. What’s in store for SeaChange now that it is coming back to Nine is unclear at this stage, but given the ABC ended the series with Laura (Sigrid Thornton) being pregnant, let’s assume she will now have an 18-year-old teenager in tow.

Rake is another show that’s always ending and returning but it didn’t leave on a high note a few weeks back after a truly absurd season set in Canberra. It reminded me of Roseanne’s final series in 1990 (before the recent reboot) when the Conners won $108 million in a lottery and the show descended into madness. Rake was equally unhinged, but still very watchable, but as for that last scene with Cleaver (Richard Roxburgh) covered in bluebottles and sipping cocktails with the most unlikely of partners… yeah, right!

Now it is time to farewell A Place To Call Home, which wraps up this Sunday after six years and 66 episodes. While this season has occasionally stretched credibility, it has been done that way for the most noble of reasons and because, ultimately, this has been a show about acceptance and change. History shows that Australia would not be as progressive as the Bligh family and their friends turned out to be, but given the push from some to return to “traditional values”, this series has been a timely reminder that the good old days were very bad for some.

This beautiful finale, cleverly set in the final days of the 1950s, ties up every loose end and for fans like me, who have been there every step of the way, get ready for tears. This is one of the greatest Australian drama finales ever, and shows what can be done if you leave voluntarily and at your peak. Wentworth fans, take note.