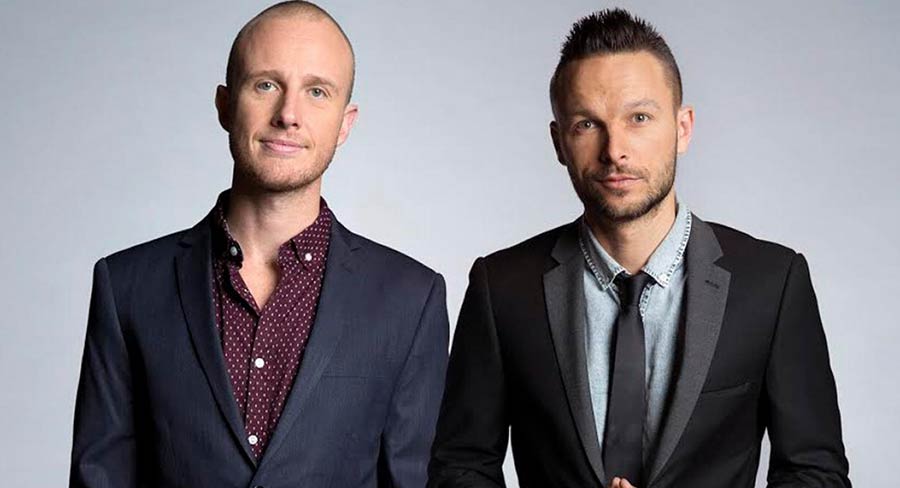 What’s next for MediaWorks duo?

MediaWorks announced it is ending a seven-year run for its Jono and Ben comedy show. The company said it would soon announce a venture for stars Jono Pryor and Ben Boyce to run next year. The format had slid in ratings. MediaWorks’ TV3 screened more than 200 episodes of the show. Around 25 staff have been affected. MediaWorks also canned an entertainment show Spinoff TV after it failed to gain a commercial audience in its Friday night spot.

Investors at the Sky TV annual general meeting this week attacked director Derek Handley, who was named in the bungled government process to appoint a chief technology officer. Prospects for Handley winning the new role had been widely criticised in media. Criticism continued at the AGM to include Handley’s business interests. Sky chairman Peter Macourt came to Handley’s defence, praising his contribution at board meetings.

The government has announced a major review of Maori broadcasting services that many believe will bring closer ties between government-owned Maori TV and Radio New Zealand. Maori development minister Nanaia Mahuta said the review would be complete early next year. Media reported the review may delay plans for a review of Maori TV news services by the funding agency Te Mangai Paho. Currently Maori TV is provided by both Maori TV and TVNZ. Sources note that a major player in Maori broadcasting – Willie Jackson – is now an MP and has a key role as head of the Maori caucus in the Labour government. He is expected to have a big say in the sector configuration.

Speculation is rife about the state of flux in the corporate media sector. Indeed much of the New Zealand media sector is in play or on the verge of it. US giant NBC is reported to have conducted due diligence on Sky TV. The New Zealand Herald suggested Sky might buy MediaWorks. Sky declined to discuss both suggestions. Sky has considered buying MediaWorks in the past, but is said to have bailed at the valuation of the Newshub news arm. A revived sky MediaWorks merger would be an alternative to a suggested merger between MediaWorks and Fairfax- owned Stuff. The future of Stuff is up in the air with NZ assets said to have low priority in the merger of Nine and Fairfax in Australia. The latest Appeal court judgment upholds lower court decisions rejecting the merger of Stuff and NZME. The rush of tyre kicking coincides with the imminent retirement of Sky TV CEO John Fellet and delays appointing a replacement. A proposed merger of Sky and Vodafone was knocked back by the Commerce Commission. Indeed, the activist bent of the Commerce Commission – backed up by the courts – suggests the regulators will be cautious about any further cross-media ownership in New Zealand. Newly appointed broadcasting minister Kris Faafoi has predicted news reporting will come bundled with broadband connection in the future. Faafoi this week said media firms were considering shoring up their businesses by teaming up with internet providers as an alternative to the blocked merger of NZME and Stuff. He thought there would be more selection of “dance partners” from traditional media and ISPs.

Seventy per cent of NZ households with a broadband connection are now on an uncapped data plan. In 2014, 127,000 residential broadband connections had no data cap. Today it is 1.3 million with 182,000 added in the past year. Fibre connections increased by 54% to 598,000 in the year to June 2018. One in three households are now on fibre, compared to one in eight in 2016. New Zealand analyst Laura O’Leary said the average household used 150 gigabytes of data in June. According to a Roy Morgan survey released in August, 1.9 million New Zealanders were in a household with Netflix access in June – a 36% year-on-year increase that gave the streaming giant wider reach than Sky TV.