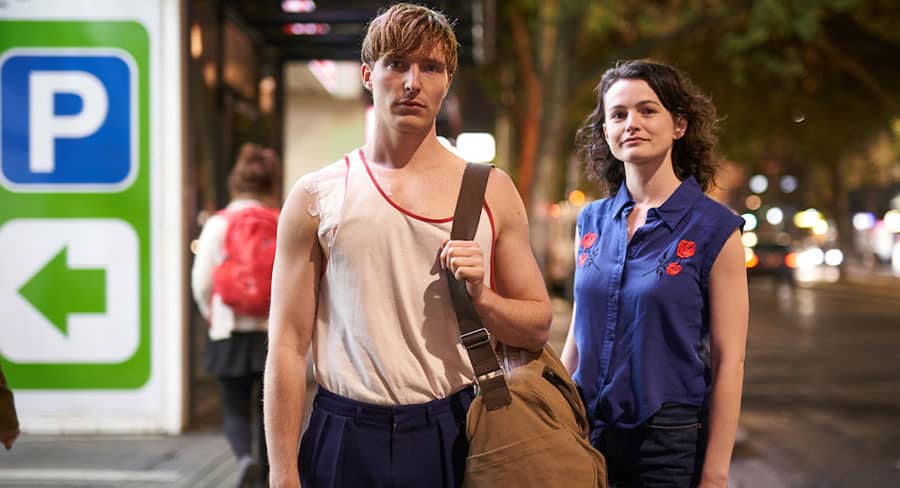 • Also back from the television graveyard is Rove McManus

Glitch (Sunday on ABC) is about to wrap up after just 18 episodes and since first airing in 2015, this AACTA and Logie Award winning show has become an international hit on Netflix. Now its mythology is about to expand dramatically as it reworks its format while also re-inventing a major character.

With the “invisible force field” now down, the “risen” can finally go past the boundaries of Yoorana, but don’t assume that’s the last you will see of the small town, particularly given its graveyard has two more characters to offer up. There’s a young girl from a family of religious nutters and a Chinese opera singer from the town’s gold rush era. The 9.30pm time slot isn’t great, but hardcore fans will binge the whole thing on iview.

Also back from the television graveyard is Rove McManus as he guest hosts Celebrity Name Game and Saturday Night Rove (Saturday on 10). He has six episodes to prove that last year’s well received Pilot Week show was not a fluke, and good luck to him. 10 could do with some more fun on a Saturday night, rather than airing endless hours of 999: What’s Your Emergency and Ambulance (although if they are looking to do a Celebrity version of Ambulance, how about Grant Denyer who seems to suffer from an endless array of ailments?).

Home and Away alumni Lincoln Younes features in Grand Hotel (Wednesday on Nine). It is based on a Spanish telenovela, stars the mighty Demian Bichir and is the juiciest US soap I have watched in years. And Lincoln is great in it.

Seven has yet another dating show, but the good news is this one isn’t a hot mess. The Proposal (Tuesday on Seven) launches with a cracker of a first episode, during which the male suitors parade around in their swimwear, a la Man O’ Man. It’s sweet enough, and Luke Jacobz does a good job hosting – it’s just not very original.

Finally, there is Old People’s Home for 4 Year Olds (Tuesday on ABC) and I concur with News Corp’s Holly Byrnes who rightly describes it as brilliant and heart-warming. It is a delight to watch angry and depressed retirement home residents rediscovering their inner joy as they meet and interact with the delightful pre-schoolers.