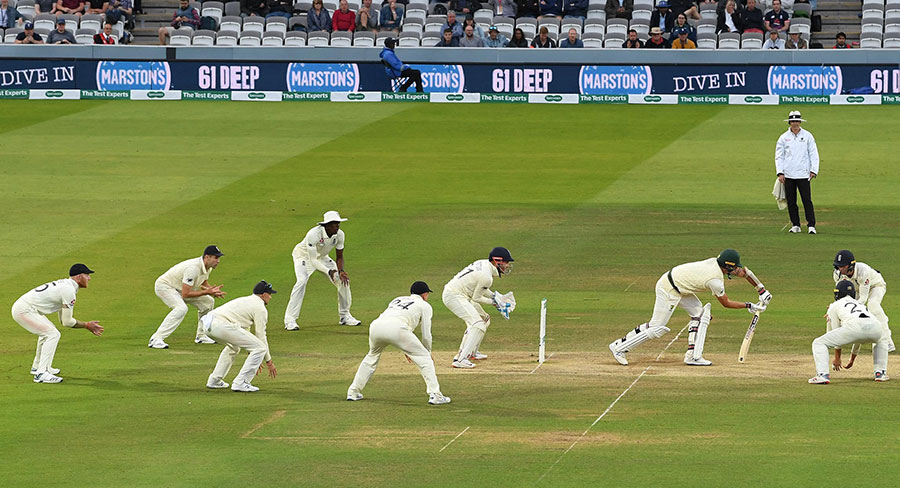 • PLUS The Ashes – Australia vs England: Second Test ratings recap

The Third Ashes Test commences Thursday August 22nd at 7.30pm AEST, live and exclusive and in HD on Nine and 9GEM and streamed live on 9Now.

The action shifts to Headingley following a dramatic Second Test at Lord’s which saw Jofra Archer wreak havoc for England on his Test debut, taking five wickets and hitting Steve Smith with a worrying bouncer, which will ultimately see the in-form star miss the Third Test following his stunning batting heroics thus far in the series.

As the current holder of the Ashes, Australia is only one Test victory away from securing for their first series win in England since 2001, but without Smith they will need top order batsmen David Warner, Cameron Bancroft and Usman Khawaja to step up and deliver some big numbers.

The match was broadcast across both Nine and 9GEM in different states, and those totals have been combined below

*Rain on day one resulted in a complete washout, with no play taking place

Session Averages (Excludes Day One where no play took place)

The highest rating session of the Second Test was Session One on Day Two (Thursday, August 15th) with a national average audience of 993,000 viewers, as play finally got under way following a rained out Day One.

Each of the first sessions of play achieved an average national audience of 842,000.

Each of the second sessions of play achieved an average national audience of 461,000.