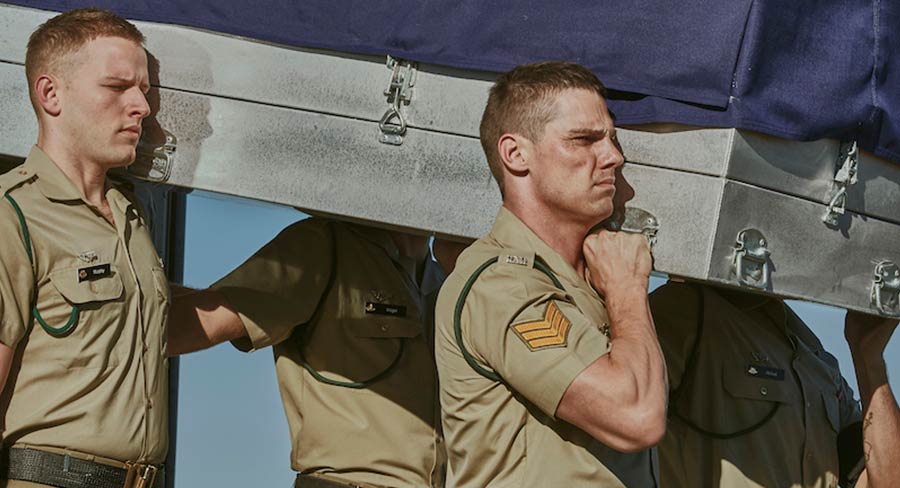 While ratings may not be outstanding, one more critically acclaimed series will sit well with the other Foxtel Originals.

Foxtel has been punching above its weight this year with critically acclaimed local dramas. There have been Picnic At Hanging Rock, Wentworth, Mr Inbetween, A Place To Call Home and now it’s time for a big finish with Fighting Season, which is about the aftermath of a mission that has gone terribly wrong in Afghanistan.

Australia has churned out too many movies and series about Gallipoli, and probably not enough about Vietnam. Ten’s 1987 miniseries Vietnam was a real highlight though as it followed soldiers through conscription, battle and then their unhappy homecoming, shown over three nights (five hours). Fighting Season tells its story over six episodes and zeroes in on a group of traumatised soldiers who return home with secrets and cover-ups that attract suspicion.

This is a tough sell, particularly given audiences prefer shows like this to reflect back on past wars rather than current ongoing ones. Movies about Iraq and Afghanistan, even the critically acclaimed ones, have all been box office poison so it makes more sense for TV and streaming services to do such shows. While ratings may not be outstanding, one more critically acclaimed series will sit well with the other Foxtel Originals, particularly as they move more and more towards a standalone streaming service.

Actress Sarah Armanious told the Herald Sun she and the cast hope Fighting Season will “begin a dialogue about what our service men and women go through… when they come home affected”. Let’s hope so because there has obviously been a care of duty with how this show has been written and made. And along with some other local dramas from ABC and SBS, it’s heartening to see something that is socially relevant, especially when there is often no redeeming value in some of the popcorn fare served up on commercial TV.

The Aussie biopic is also considered box office poison these days, so perhaps HBO’s latest movie could give a clue about where this genre could go to next. My Dinner With Hervé, premiering tonight on Fox Showcase, is about the most unlikely of subjects, actor Hervé Villechaize of Fantasy “ze plane, ze plane” Island fame. Played by Peter Dinklage, Hervé’s bizarre life story is told within the framework of the last interview he did before his suicide. The journalist who interviewed him, Sacha Gervasi, has gone on to write and direct this movie, with Jamie Dornan playing him as a character who has just as many demons to sort out as Hervé had.

One of the biggest problems with Aussie biopics, usually due to budget restraints, is lookalike casting and recreations that come across as looking very fake. There is not a single moment in My Dinner With Hervé that does not look totally convincing, and its Fantasy Island set is so real it must surely be the same location. So forget those two-night Aussie biopics trying to tell too much story and zoom in instead on smaller but more convincing tales.