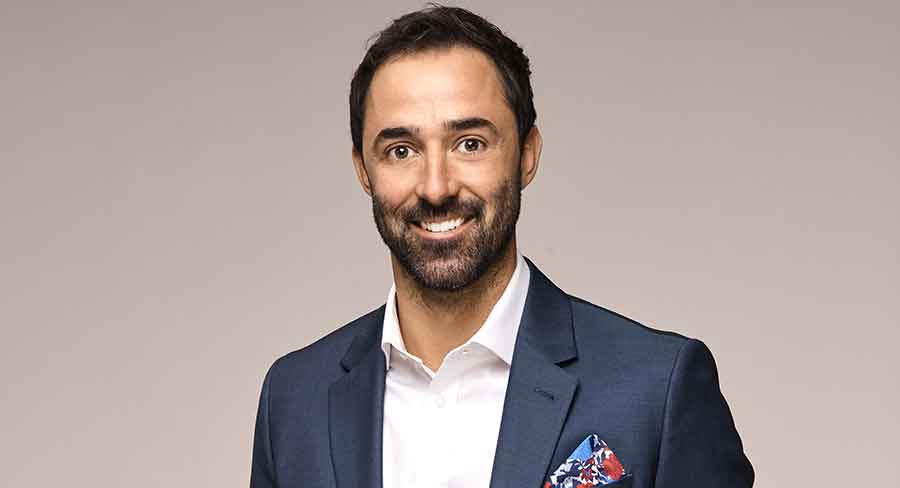 News Corp Australia’s head of mergers and acquisition execution, Tim Archer, has joined the board of the old Australian Associated Press, as major shareholders News Corp and Nine assess whether to hold onto the remaining assets or offload them, reports The AFR’s Max Mason.

Archer, a former director at advisory firm Grant Samuel, joined the board of AAP on Wednesday, according to documents filed with the corporate regulator, replacing outgoing News Corp Australia chief financial officer Stacey Brown. Press release business Medianet, analytics division Mediaverse, and sub-editing business Pagemasters are among the remaining assets which will be assessed.

Police strongly believe there are more high-profile victims of Titus Day, Guy Sebastian‘s former manager who has been charged with defrauding the Australian Idol winner of more than $1 million, a court has heard, reports The Sydney Morning Herald’s Sally Rawsthorne.

Sebastian’s manager of more than 10 years was arrested at the $4 million Bondi home he shares with his parents, wife and children on Wednesday night and taken to Waverley police station, where he spent the night after being refused bail on 61 counts of dishonestly obtaining financial advantage by deception.

Police allege that Day failed to pass on international royalties owed to Sebastian on almost 20 occasions.

“Five were paid and 19 remained in the trust account or were diverted into other accounts,” Waverley Local Court magistrate Ross Hudson said on Thursday, noting police “strongly believe there are more high-profile victims”.

His case, which has been referred to the Director of Public Prosecutions’ office, will return to the Downing Centre Local Court in a fortnight.

The Australian Federal Police has asked federal prosecutors to consider charging an ABC journalist over the publication of leaked classified information, reports The Australian’s Paul Garvey.

The AFP has investigated the publication of the information, relating to claims of war crimes, by ABC journalists Dan Oakes and Sam Clark for two years.

In a statement on Thursday night, the AFP said: “A brief of evidence has now been forwarded to the Office of the Commonwealth Director of Public Prosecutions.”

However, if prosecutors want to press charges, they will require the approval of federal Attorney-General Christian Porter.

The AFP raided the ABC’s Sydney headquarters in 2018 over a series of 2017 reports known as the Afghan Files that revealed allegations of misconduct by Australian special forces in Afghanistan.

The ABC on Thursday confirmed that the brief of evidence sent to the CDPP related only to Oakes, not Clark.

ABC managing director David Anderson, in a statement, described the development as “disappointing and disturbing”.

Regional media companies may be forced to refuse or return government funding because of a condition preventing them from cutting the amount of journalism they provide to local communities over the next 12 months, report The Sydney Morning Herald’s Zoe Samios and Fergus Hunter.

More than 100 radio, television and newspaper outlets were notified on Monday they were recipients of a $50 million fund aimed at helping regional news outlets through the coronavirus pandemic.

However, industry sources indicated some outlets would be unable to commit to a condition that they maintain or increase journalism in regional Australia during the grant period as there had been little sign of a quick recovery in the advertising market and the JobKeeper wage subsidy scheme was due to end in September.

Financial strain could force regional media companies to turn to original contingency plans such as cutting jobs, shutting down signals or closing news bulletins, which would be inconsistent with grant requirements, said the sources, who spoke on condition of anonymity.

Ten years of the Times paywall: How Murdoch’s ‘big gamble’ paid off

Today marks 10 years since the London Times launched its online subscription model, putting all of its content behind a hard paywall, reports Press Gazette.

Times head of digital Alan Hunter tweeted this morning that the consensus at the time was that “nobody would pay” for general interest news.

The Times’ paywall was more ambitious than existing paywalls at titles such as the Financial Times and Wall Street Journal, which at the time allowed limited free access and let casual browsers to view articles via search engines like Google.

One of this season’s eliminated MasterChef contestants has let rip at judge Andy Allen over his “incredibly frustrating” critiques, reports news.com.au’s Andrew Bucklow.

Andy has been copping grief on social media all season long with some MasterChef viewers suggesting his feedback to the contestants has been “basic” compared to the insightful feedback offered up by Melissa Leong and Jock Zonfrillo.

And it’s not just viewers who feel that way, with one of this season’s contestants telling news.com.au that Andy’s feedback is “not constructive”.

“It’s not feedback, it’s just a collection of words that make no sense,” Chris Badenoch, who was the seventh person eliminated from this season of MasterChef, said.

“He’s commented on things that I’ve cooked and when he’s walked away it’s like, ‘I have no idea what he said or what he meant.’ You almost need subtitles. I don’t get it!

“It’s incredibly frustrating,” Chris told news.com.au about Andy’s comments. “Jock or Melissa will give you a good critique … (but Andy) it’s not constructive. It’s like a Trump speech; a whole lot of words that don’t match.”

Australia’s Big Bash League looks set to launch the same night as day one of the Indian Test series as part of a plan to turbocharge the cricket summer, reports News Corp’s Ben Horne.

Cricket has been accused in the past of being too slow-fused at the start of the season, but The Daily Telegraph understands administrators are preparing to lock in a kitchen sink approach to emerge from the COVID-19 wilderness with a bang.

The Big Bash is set to start two weeks earlier this summer on December 3, with the regular season to finish before the end of the January school holidays, before a blockbuster finals’ series in early February where matches would be played in fan friendly slots between Thursday and Sunday nights.

It will be a noticeably longer season this year, but the extra breathing room will help ease congestion in the schedule, meaning more prime time matches for broadcasters and less afternoon games, which last year felt like they were just being packed in.

Plans for a world-first Christmas Day BBL game have again been shelved, with the holiday once again being left free of any cricket.

The WBBL is set for another big season between October-November and will not reduce in matches, with Cricket Australia and broadcasters hoping to cash on in the boom in the women’s game in the wake of Australia’s T20 glory and on the eve of a 50-over World Cup next February.

The former Collingwood and Richmond goalkicker has become a larger than life media personality but he was deadly serious when he spoke after St Kilda’s win against Carlton at Marvel Stadium.

Neither the Saints or Blues know when or where their next match will be, or even which state it will be in, as the AFL tries to piece together a plan to keep the season going amid a surge of coronavirus cases in Victoria.

Richmond is one club with stars weighing up whether they will travel interstate for what could be a weeks-long road trip. But Taylor said he couldn’t understand that kind of thinking.

“For any players that think that this is a time to be procrastinating and making decisions other than playing, I just think is unimaginable. I don’t get it.

“There are sportsmen all over the world that travel for months and months at a time. There are soccer clubs here in Australia, basketball (clubs), they go away for a couple of weeks at a time, it is a common thread among professional sportsmen.

“Come on. When the competition is in this sort of need, surely you as players can fulfil the duty of playing football.”