The country’s biggest ticketing and live entertainment business TEG has caught the eye of a cashed-up private equity suitor, with a $1 billion-plus deal expected imminently, reports The AFR’s Street Talk.

TEG is an Australian ticketing, live events and data analytics business. It owns Ticketek Australia and New Zealand, TEG Live, Softix, Eventopia and Sydney’s Qudos Arena, and has been making a push into offshore markets.

Affinity bought TEG, which was then known as Nine Live, from Nine Entertainment in 2015 for $640 million. 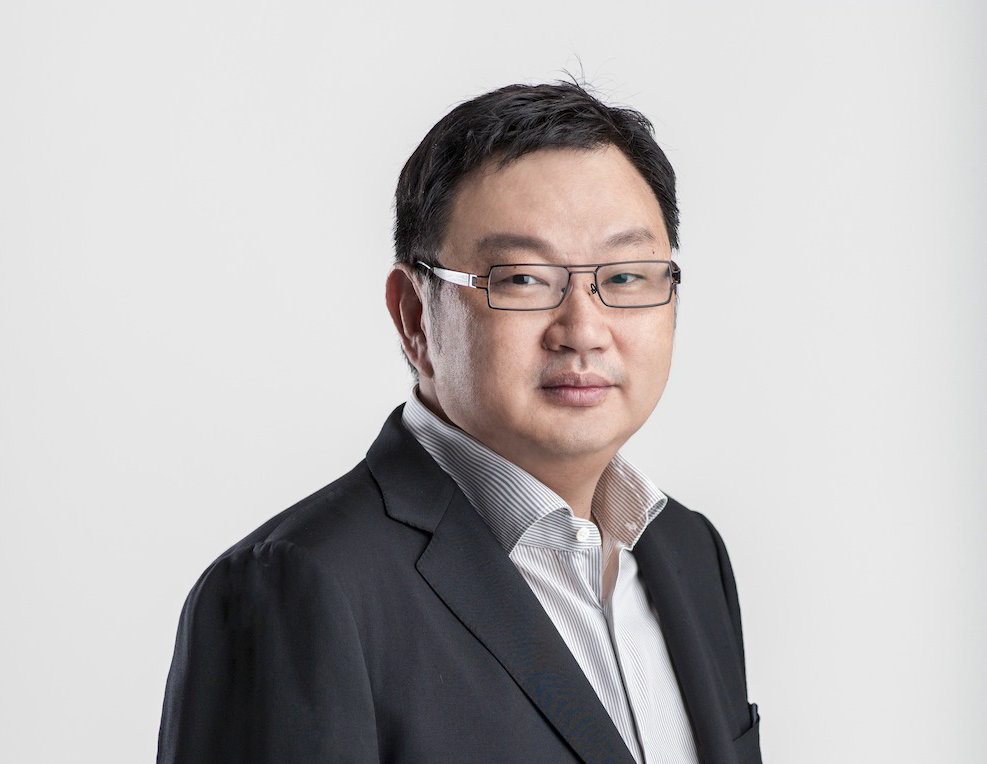 “Ricky has done a tremendous job in building a team that has transformed our business in Asia, investing in award-winning premium content, developing completely new revenue streams and optimising operations. I’m confident that he and his extended team will deliver even more to our partners and invest further in what we offer our fans,” said Stock. 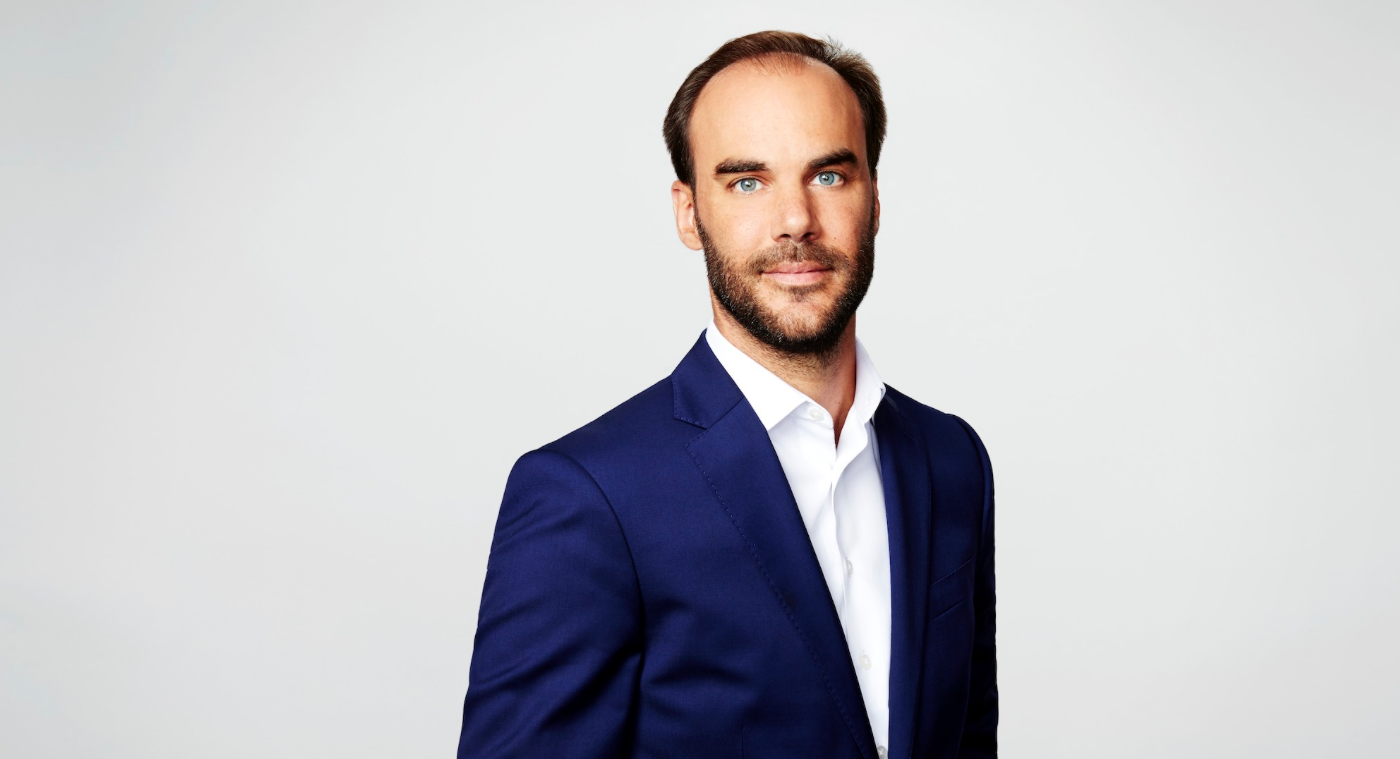 Jonathan Spink, CEO, HBO Asia, will be leaving the company. “I want to thank Jonathan, who over his long tenure has led the Asian team with passion, entrepreneurship, and a focus on innovation, applying throughout his good humour and a healthy dose of common sense. I am looking forward to having his precious advice and his insights through the end of this year as we bring our companies together and prepare for a new chapter,” Stock added.

Nine Entertainment Co has lashed Facebook and Google for ignoring the harm they have caused local media companies and journalism, claiming the tech titans have put the production of news under financial pressure, reports The Sydney Morning Herald’s Jennifer Duke.

Nine, the owner of this masthead, in a submission to an inquiry into the digital giants by the competition watchdog also criticised Facebook and Google for using their market power to lock down unfair commercial terms.

“It has been disappointing to see the digital platforms continue to ignore the harm they are causing to Australian media and news journalism. What is more disappointing, however, is that we can easily co-exist,” the submission from Nine says.

“By engaging with the Australian media to offer a solution that commercialises premium news and Australian content, the adversarial nature of this review process can cease and a mutually beneficial relationship can be developed.”

Vox Media and New York Media have announced that they are to merge. The merger will combine New York Media, the publisher of the influential, 51-year-old New York magazine, as well as five digital brands, with Vox Media, the decade-old company known for building modern media brands and the technology that enables them.

Together, as Vox Media, the company will reach hundreds of millions of people and be home to the industry’s leading journalists and creators, building communities and serving audiences across websites, TV and streaming services, podcasts, live-event stages, social platforms, and print magazines. 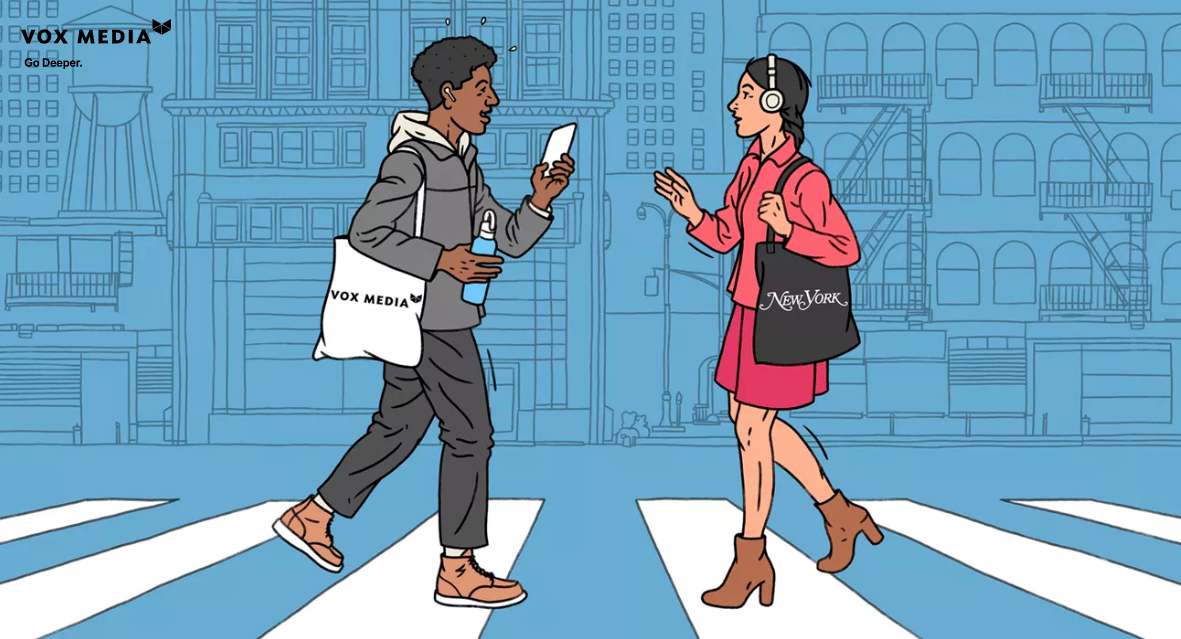 The new Vox Media will also boast multiple, diverse revenue streams including the most scaled premium brand advertising solutions, affiliate commerce shopping, digital and print subscriptions, conferences and events, and a leading TV and audio studio. The deal, which is subject to customary closing conditions, is expected to close later this year.

Vox Media Chairman & CEO Jim Bankoff will remain at the helm of Vox Media, leading all aspects of the expanded company.

Pam Wasserstein, currently CEO of New York Media, will take on the new role of President, Vox Media, to oversee strategic initiatives, including commerce and consumer businesses, and the current New York Media brands as a member of Vox Media’s executive team; she will also be named to the Vox Media board of directors.

Media banned at the last minute from Carrie Bickmore speech

The Women In Leadership Summit, held at the Seymour Centre yesterday, invited media to attend and interview Bickmore before backtracking at the eleventh hour due to a clause in the star’s contract preventing photos and media interviews for her session. Media were also excluded from watching Bickmore’s speech despite earlier being told they could attend.

Executive director and chair of The Leadership Institute Dana Lightbody told Confidential. “Due to an internal miscommunication, media were invited to attend the session and unfortunately it has since been revealed that a clause in her contract prohibits media attendance.”

The Australian director of clothing brand Patagonia has hit back at radio presenter Alan Jones, saying the company was “not going away” and would continue to support climate activism after the presenter called its pro-climate campaign a “disgrace”, reports Dominic Powell.

During last Friday’s school strike for climate, the prominent outdoor apparel company shut stores globally and implemented a massive media campaign in support of the strike, buying billboards and full-page advertisements in The Age and The Sydney Morning Herald warning humanity was “facing extinction”.

This drew the ire of Jones, who said the advertising was a “disgrace” and “frightening the hell out of children”.

In response, general manager of Patagonia Australia Dane O’Shanassy told The Age and The Sydney Morning Herald the company was glad to be noticed and had no intention of easing its long-standing support of climate change activists.

We’ve figured it out: I know who the Masked Singer contestants are

In the spirit of being a know-it-all party pooper, let me share my conspiracy theories with the class. These are based on the show’s not-so-cryptic clues, but also the dead giveaway for many of the contestants: their voices.

I’m so confident I’m on the money here that I feel I should warn you. Don’t read on if you’d prefer to be surprised by the celebrity reveals.

I’m confident in most of these guesses. Aussie pop music ladies are my specialty — I could pick Tania Doko, Belinda Chapple or Tamara Jaber’s voice from 100 paces. Bury Cheyne Coates under a pile of old mattresses and I’d be able to identify her croaky call for a glass of water.

But sports guys aren’t my thing.

Help me out — who do you think the Rhino and Prawn are?

Atwood, whose credits include Chicago and Alice in Wonderland, had been persuaded by television producer Greg Berlanti to design a costume for the Arrow series and went on to costume both The Flash and Supergirl. When it came time to dress Batwoman, Atwood was the obvious choice.

Rose’s caped crusader made her television debut in last year’s Elseworlds crossover between Berlanti’s Arrow, The Flash and Supergirl. Batwoman’s guest role in the event was intended to foreshadow a pilot for her own series, which premieres in early October.

In the series the openly gay Batwoman/Kate Kane is the centrepiece of a jigsaw that includes her father, soldier-turned-security company boss Jacob Kane (Dougray Scott), and her ex-girlfriend Sophie Moore (Meagan Tandy), who works for Kane’s company, and she returns to Gotham City to resolve painful issues with both. The series also stars Camrus Johnson as Wayne Tower security officer Luke Fox and Rachel Skarsten as Batwoman’s nemesis, Alice, who leads Gotham’s notorious Wonderland criminal gang.

One element that was important to Rose, who is gay in real life, was not to shy away from Kate Kane’s sexuality and the nuances of her relationship with ex-girlfriend Sophie who, while they were in military college, chose to deny their relationship.

“Touching on the ‘don’t ask, don’t tell’, which happened in the comics, it wasn’t an experience that I have had in my life,” Rose says. “But when I thought about all of the people that were separated from their partners or were kicked out of the military, who had done these amazing things and fought for the country and risked their lives and then, over something as simple as who they loved, were separated or booted out, I immediately [felt] there was a lot of weight on that scene,” she adds.

Block contestant Jesse has unleashed on rivals Mark and Mitch, after the couple’s lies were exposed during Wednesday night’s episode of the hit reno show, reports news.com.au’s Nick Bond.

Jesse told news.com.au this week his friendship with the couple is done: “I have no time for people like that, who lie and manipulate you.”

During Tuesday’s episode, Mark and Mitch were shown making some damning allegations about Jesse and wife Mel’s Block house during a live interview on Triple M.

The couple claimed Jesse and Mel had copied their house from the display unit at the Saint Moritz, a luxury apartment building near The Block in St Kilda.

On air on Triple M, Jesse and Mel laugh off the accusations, saying it’s a compliment if anyone thinks their house looks like the luxurious Saint Moritz. But off-air, Jesse directs his anger towards the show’s co-creator and executive producer, Julian Cress.

Cress insists it was Mitch and Mark who raised the allegations with him, not the other way around — and he’s got proof.

Here’s what networks said about bidding on The Masked Singer

TV Tonight has republished quotes from August 2018 about what network programmers thought about The Masked Singer format:

“It’s a very interesting show, doing good numbers in the US. Who is it behind the mask? They haven’t been major celebrities so far but it’s out there and different, I’ll give it that. And it’s working. I’m sure everyone’s looking at it. It could go either way in this market, but I’d say it’s on everyone’s radar.”

“It’s fun. It’s a singing detective show. It’s quirky, even the way they do the interviews. It’s bizarre but engaging. Although it’s about the performance, a lot of it is about who the hell is under that costume. If you talk about co-viewing (with families) it delivers that, and it’s done a good job for FOX. We look at everything, and you’d be mad not to. We’ve definitely had a look at it.”