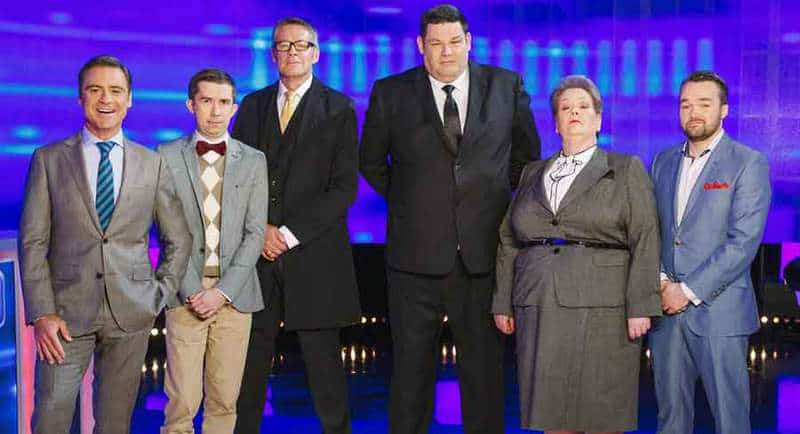 Chau sued the ABC, Fairfax Media (which is now owned by Nine) and Nick McKenzie, investigative journalist at The Age and The Sydney Morning Herald, over a Four Corners episode broadcast on June 5, 2017.

Chau’s barrister, Bruce McClintock, argued in court that the joint investigation was defamatory because, among other things, it painted him as a spy for the Chinese Communist Party.

Federal Court Justice Steven Rares found that while the program did not suggest that Chau had engaged in any act of espionage, he was nevertheless defamed and the ABC and Nine were ordered to pay costs.

In February 2020, Chau won a non-related defamation proceeding against the Herald for a story on its website that linked him to a US bribery scandal.

The opposition has decided to vote for the federal government’s proposed media bargaining code in the lower house but will wait until an inquiry report is handed down on February 12 before backing the law in the senate.

Labor’s communications spokeswoman Michelle Rowland said the evidence given to the inquiry showed there were a “number of concerns that need to be considered”.

“It’s well past time this government gave credible responses to the concerns raised, including how the code will support the media in the event Google and Facebook withdraw from Australia and no revenue flows to the media as a result,” she said.

Rowland said it was not good enough for the government to repeatedly say “we don’t respond to threats” in the face of Google’s claim the code would force it to withdraw from Australia.

Canadian Heritage Minister Steven Guilbeault told MPs of the plans last week, according to The Globe and Mail, and said that Canada was looking closely at developments in Australia.

He’d tweeted last month that “we stand in solidarity with our Australian partners” and that “when facing the web giants, we must stand united.”

The Canadian government has reportedly not settled on whether to follow Australia’s approach, which deals with a market power imbalance with an arbitration process, or France’s path which has been to force Google to pay for news by deeming news snippets at copyrighted material.

Canada is also proposing to create a new regulator to oversee how Google and Facebook grapple with illegal content like hate speech and child pornography, reports say.

Channel 7 is yet to decide on the future of already recorded episodes of The Chase after host Andrew O’Keefe was charged with common ­assault and issued an apprehended violence order, reports News Corp’s Jonathon Moran.

The Daily Telegraph ­understands network bosses are considering their options as to whether or not to bin six months worth of episodes of the quiz show that were filmed last year.

At press time, The Chase remained in Seven’s schedule at 5pm weeknights.

O’Keefe, 49, has vowed to defend the allegations in court and is set to appear in Waverley Local Court on Thursday charged with common assault relating to the ­alleged incident on Sunday morning at the Randwick home he shares with partner Orly Lavee.

Police will allege the television host punched haematologist Dr Lavee in the face, punctured her lower lip, pulled her hair, kicked the back of her legs and spat on her.

In 2017, he was appointed a Member of the Order of Australia for his charity and television work.

Yesterday, a spokesman for the Council for the Order of Australia said any decision on his OA would be made once court proceedings are complete.

Lumumba represented the Magpies for 10 years between 2005-2014, and since retiring from the sport has claimed he endured a “culture of racist jokes” at the club.

The 2010 premiership player claimed he was nicknamed “Chimp” by teammates, and said he was “ostracised internally” after speaking out against racism.

During an exclusive interview with The Project’s Waleed Aly in 2017, Lumumba discussed his experiences with racism in the AFL.

“Heritier has the opportunity to become a really strong, significant voice in the battle against racism with the AFL and Australian sport,” Helliar said.

“My only thing — it would be really helpful if we heard more detail, specifically with the nickname.

“We can’t find anyone who would speak to us who knew of that nickname over a playing career of 10 years.

“Even if you have to name names, take us into your experience. Paint the picture so we understand it more. Because if you don’t do that, then it just sounds like you’re smearing an entire club.”

10 has confirmed the fate for a number of shows which were in limbo, including WAGs drama Playing for Keeps, which last aired in 2019, reports TV Tonight.

“Playing for Keeps is not coming back,” Head of Programming Daniel Monaghan told TV Tonight.

But there is some hope for more of My Life is Murder, starring Lucy Lawless. The production is moving to New Zealand with 10 to have a second window after an Acorn TV premiere.

“We will still broadcast My Life is Murder. I don’t think it will be this year but if it is, it wouldn’t be much before the end of this year.”

There’s also no more for One Born Every Minute Australia or Trial by Kyle with the latter sounding like it was the host’s choice.

“He hates it. He talks about it on the radio. It’s not coming back. Just ask him! I really liked it and I like Kyle, but it’s not returning,” said Monaghan.

Rita Ora in hotel quarantine ahead of The Voice

UK singer Rita Ora is in hotel quarantine in Sydney ahead of The Voice production getting underway, reports TV Tonight.

The series is coming to Seven with Ora joining Guy Sebastian, Keith Urban and Jess Mauboy as coaches.

Opposition home affairs spokeswoman, Kristina Keneally criticised her quarantine telling The Guardian, “Every celebrity who takes up a place in quarantine is a place denied to a stranded Australian.”

But sources tell TV Tonight that Ora’s hotel quarantine is privately funded and separate to caps on arrivals.