Launching on ABC on February 3 the new half-hour comedy-drama Aftertaste. It tells the story of superstar chef Easton Ellis who returns to Australia in shame after an incident in his Shanghai restaurant that sees him turn on a customer who complained.

Erik Thomson stars with a remarkable cast including Rachel Griffiths.

Here are some highlights from the podcast.

How Thomson found the Aftertaste producers

Matt Bate: “The producer of the series Rebecca Summerton thrust a piece of paper into my hand and said ‘read this and tell me what you think’.

“Back then it was called Yes Chef from writer Julie De Fina. It made me giggle and laugh because it was so brilliantly written. I grew up in kitchens, my parents are cooks and my brother is a cook.

“I then met Erik who was looking for a production company to partner with.” Thomson is also a producer on the series.”

Thomson: “I also saw the same document and had a similar response. It was beautifully written and very funny. Julie and I had a chat with the network who were also keen before we approached Matt at Closer Productions. The original document was quite different from the way the show has ended up. It was a great example of a beautifully executed pitch document to get peoples’ interest and then we developed it further.”

Thomson has had smaller roles in South Australian productions before, but this is his first series shot there. “I asked my agent, who is also Julie’s agent, if they had any writers with projects I could do in South Australia because I wanted to work at home. 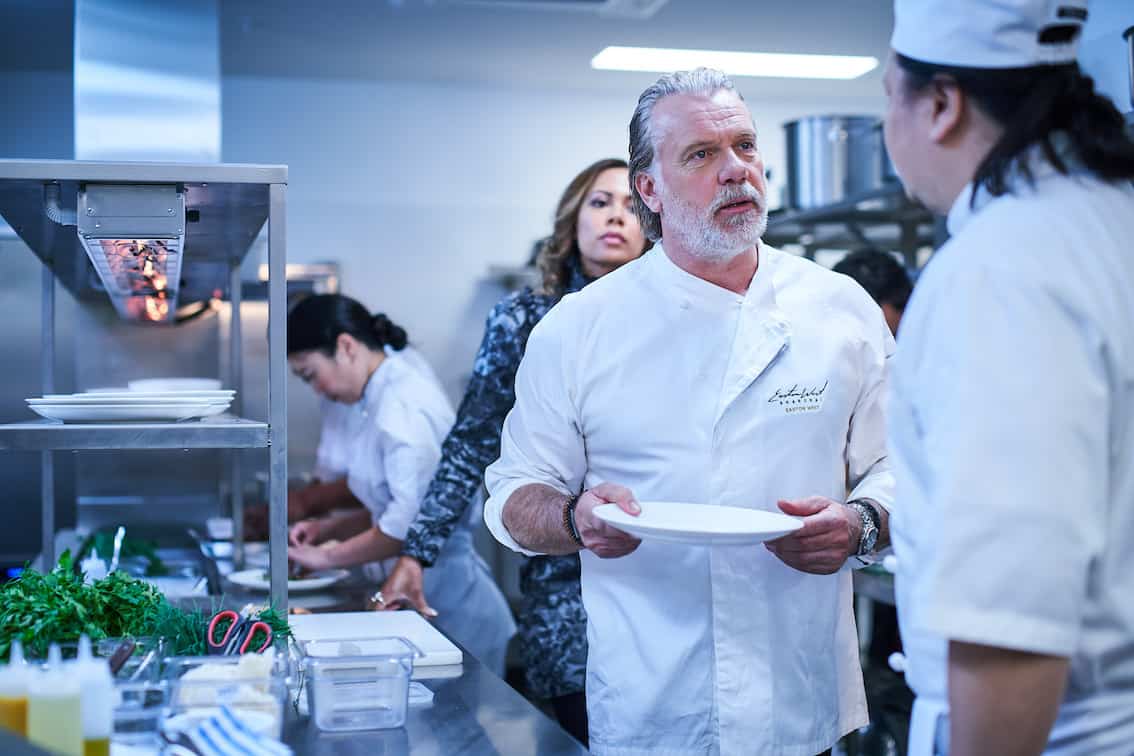 “The series originally was set in Hobart. That changed very quickly after I said to Julie if she minded if it was set in Adelaide. She said it was fine and it has turned out the perfect place to make it. As it turns out if it had been planned for Hobart it wouldn’t have been made because of Covid restrictions…we were very lucky.”

This is a second series Thomson has helped produce after the Seven series 800 Words which ran for three seasons. “The producers complemented each other well. Rebecca and Matt have known each other and worked together for a long time. I wasn’t working out of the production office with day-to-day duties, that was very much Rebecca and Matt’s place. I was fortunate enough to be involved from the beginning to the end and come in as an outside eye sometimes. Getting the right team on board at the absolute beginning was the secret and we got that with Matt and Rebecca.”

Bate noted that the Me Too movement happened during the writing of Aftertaste and they felt they were reporting from the frontline. “We had to acknowledge it and it played into the existing story about the meeting of the young and the old in the new world.”

Thomson’s character of Easton West, the cranky, angry chef, dominates the series before Diana stands up to him in an intriguing relationship between the veteran and the newcomer. “To emphasise what was happening in the world we had to make Erik’s character into a real bastard,” said Bate.

Thomson: “Easton had to be that man. We wanted to explore how far he would go with power and how he would take advantage of people who really want something.” 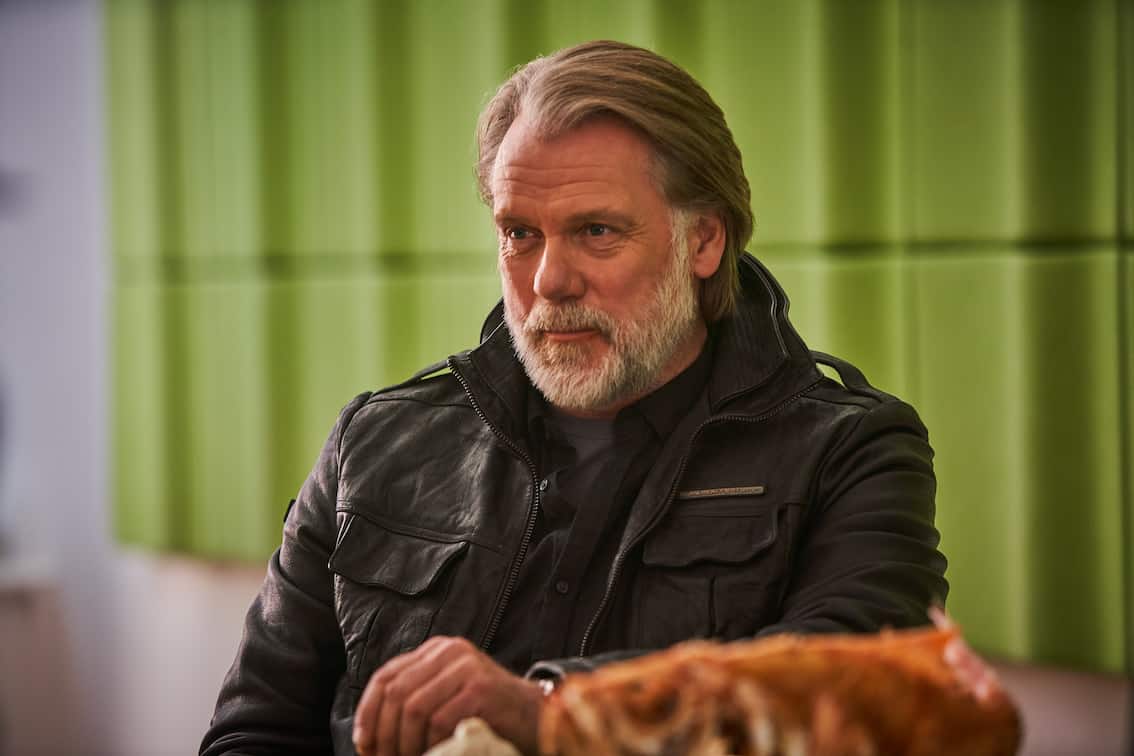 The producers have assembled a fantastic cast including Wayne Blair, Renny Hii and Rachel Griffiths. Matt: “It goes without saying now that the cast has to be diverse and should represent our society now. It was such a joy to be able to get incredible actors like Renny. And Wayne is just one of the funniest people I have ever met. He is such an amazing actor and we all just fell in love with him. He is an actor who is not afraid to try anything, just amazing.”

But it’s relative newcomer Natalie Abbott that really leaves a lasting impression as she has a role as important as Thomson’s. Abbott is best known for work onstage in Muriel’s Wedding The Musical.

Bate: “We had Erik from the beginning, and we had to find an actor for the crucial role of Diana who plays opposite Erik’s Easton West. It was a real nightmare to find that person and we watched a lot of tapes from a lot of people. Natalie was not our first choice. But when we went back after talking to her about the character, she reinterpreted the role wonderfully and really appeared as Diana. We knew then we had found her, and she got even better as we progressed. She had never worked in film or TV before, but came in like an absolute veteran. She is truly a natural.”

Thomson: “As the storyline became Easton and Diana leading the cast, we all got nervous realising we would need to find someone strong enough to be Diana. Because it was such a big role, we also needed someone who had skills and craft. Natalie is really the most gorgeous person to work with which makes it even better.”

When asked who the lead character might be based on, Thomson said there is one particular chef that comes to mind. He said he was channelling a chef he wouldn’t name for legal reasons. “Let’s call him Gordon.” He explained further: “It is really a pastiche of a lot of people.”

Thomson was able to schedule work on both Aftertaste and Back to the Rafters last year. He hoped to take some time off between the two series, but because of Covid, filming both the ABC comedy-drama and the return of the Rafter family via Amazon Prime took longer than expected. “But it all worked out in the end.” 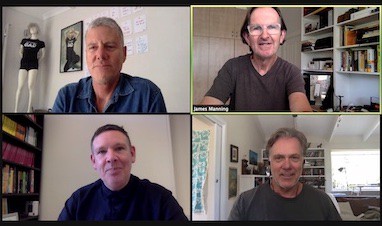