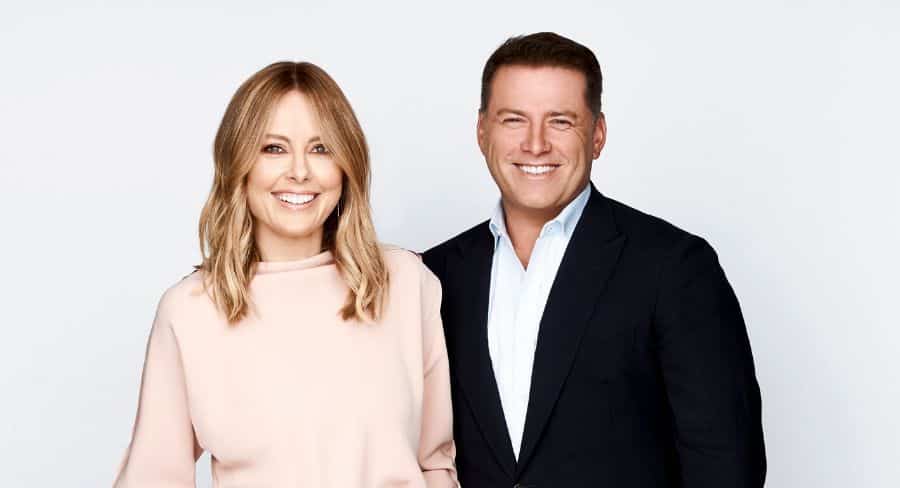 Seven West Media chairman Kerry Stokes held talks with US entertainment giant ViacomCBS about merging his company with rival broadcaster Network 10, a move that would have reduced the amount of television networks available to viewers and reshaped the local media industry, reports The Sydney Morning Herald’s Zoe Samios.

Stokes’ free-to-air television, digital and newspaper company started trying to sell several assets including the studios business that produces Home and Away earlier this year to reduce its multimillion-dollar debt pile. But the talks with ViacomCBS, which began in April and have since ended, suggest Stokes is also open to selling the entire media company that owns Channel Seven and The West Australian.

The sources said the informal proposal discussions included merging functions such as the Seven and ViacomCBS sales and marketing teams. The ViacomCBS sales division currently represents 10, Nickelodeon and MTV in Australia.

Quadrant Private Equity managing partner Jonathon Pearce, whose firm finalised a deal to purchase outdoor advertising business QMS Media just before the COVID-19 crisis hit, is doubling down on the business’ nascent sports media and technology division to drive growth outside its traditional billboards business that has taken a hit during the coronavirus pandemic, reports The AFR’s Max Mason.

When the deal struck in October 2019, which valued QMS equity at $420 million, no one could have predicted that extended COVID-19 lockdowns and forced working from home would throw the outdoor advertising market into such disarray.

However, COVID-19 has not stopped Quadrant putting another $100 million into its investment at the Barclay Nettlefold-led business after the acquisition.

Pearce said Quadrant’s attraction to QMS – it has a history in outdoor advertising, having previously owned and listed APN Outdoor – was its burgeoning sports media and technology division, which has global ambitions.

Quadrant also sees opportunities for QMS to come together with radio in Australia, Pearce said.

“When we first invested into QMS, it was high on the agenda as to what we can do in terms of leading that industry consolidation. At the same time, I’ve got lots of things going on, so whether or not we’d lead it or someone else leads it, we see a natural synergy with out-of-home and radio,” he said.

Google, Facebook and YouTube have increased their already substantial share of the digital advertising pie in Australia, leaving less than 20% for news and other websites, according to a new report from the competition regulator, reports Guardian Australia’s Amanda Meade.

The Australian Competition and Consumer Commission report was released on Friday as the government puts the final touches on its legislation to force the digital platforms to share revenue with Australian media companies.

The platforms may be forced to pay hundreds of millions of dollars in fines if they fail to comply with the proposed news media bargaining code which was unveiled by the treasurer, Josh Frydenberg, in July.

ABC chair Ita Buttrose personally ordered a review into the public broadcaster’s arts coverage, amid deepening concern over the weakening of the sector’s prominence across the organisation’s various platforms, reports The Australian’s Lilly Vitorovich.

It’s understood Buttrose’s extraordinary intervention in demanding the review followed the unveiling in June of the ABC’s long-awaited five-year strategic plan, which included up to 250 staff being laid off – with as many as 50 from the “entertainment and specialist” unit – in a bid to plug an $84m budget hole.

New arts programming on the broadcaster’s primary television channel plummeted from 114 hours in 2008-09 to just 15 hours a decade later, in 2018-19. The most recent annual report for 2019/20 does not measure the amount of time dedicated to specialist content, such as arts coverage, and the ABC did not respond to questions about the latest numbers.

Despite sales booming during the coronavirus crisis, supermarket giant Coles has increased its marketing and advertising spending to reach customers during the uncertainty, reports The Australian’s Lilly Vitorovich.

The retailer’s marketing boss Lisa Ronson said it brought on two additional agencies to help with its communication at the beginning of COVID-19, given the unprecedented health crisis.

“We’ve spent a little bit more, and that’s mainly on the COVID communication because our customers were looking to us for vital information around safety in our stores, sanitisation, opening hours and the basic communication,” Ronson said.

Her comments come ahead of her appearance at the Australian Association of National Advertisers annual conference RESET next month, together with her boss, Coles chief executive Steven Cain.

Ronson, who is an AANA board member, said the chief marketing officer and CEO relationship was “really important” because it was the customer facing aspect to the CEO role.

When the public side with the powerful over press freedom, we all lose

Late last Thursday, on the eve of the AFL grand final public holiday, Victoria’s Department of Health and Human Services issued a statement likely to have a significant impact on how journalists report on the government’s handling of the state’s second wave of coronavirus, writes Osman Faruqi in The Age.

DHHS announced that a public servant had been referred to the police for leaking a draft of a government document detailing the road map out of restrictions.

In September, the Herald Sun reported the draft, dismissed by premier Daniel Andrews at the time as having “no status”, even though it proved to be remarkably accurate.

I understand there’s no love lost among many Victorians, particularly those who support the Andrews government, and the Herald Sun. I’m hardly the paper’s biggest supporter. Andrew Bolt wrote his first column attacking me as an “arrogant and contemptuous barbarian” when I was still at uni writing for the student paper. Nearly a decade on, he’s far from my biggest fan.

But this issue is bigger than one story in the Herald Sun.

ABC lawsuit: Businessman says broadcaster acted with malice towards him

The ABC is being sued for $52m by a major property investor who says the national broadcaster’s “false” reports forced him into a fire sale, reports News Corp’s John Rolfe.

In a damages claim filed with the Federal Court in Sydney, Kevin Young also alleges the ABC’s reports caused a substantial drop in the number of people using his real estate buying service, known as the Property Club.

The claim, which The Daily Telegraph obtained from the court, accuses the ABC of acting with malice.

In a startling bid for ratings and attention Karl Stefanovic has threatened to strip naked and run nude through one of Melbourne’s most significant public landmarks, reports News Corp’s Fiona Byrne.

Ratings can often spike off the back of a clever stunt, but a nude dash in these restrictive COVID-19 times might be a bit much even by Stefanovic’s cheeky standards.

The Channel 9 Today host has made the reckless vow based on Donald Trump and his chance of winning the US election.

Stefanovic is predicting the “nutcase” will win.

Stefanovic made the comments of Fox FM’s FiFi, Fev and Byron show.

The Channel 10 morning show underwent a purge in September with Kerri-Anne Kennerley and Joe Hildebrand departing and MacManus, best known as a judge on Dancing With The Stars, joining the brilliant Sarah Harris as host.

Harris is unquestionably one of the best TV hosts in the country – she could host anything.

The show kicked off its new era with a fresh set on Monday, September 14 drawing 54,000 viewers based on five capital city audience ratings data.

In the five-week period from September 14 to October 16 it averaged 41,000 viewers on the five capital city ratings which was 20 per cent down on the same period in 2019. It was however up eight per cent in under 40s viewers.

Regular Old Bogan, from back shed studio to 7mate

There was just one problem.

“We told them we had a studio built out the back, so when we got the contract in, we said, ‘Shit, we have to build this thing now!’” Nicholson tells TV Tonight.

“We had to get the company incorporated, we had to set up bank accounts. We write in our lounge room, I produce from the kitchen table and Seb animates from his bedroom.”

Stepmates Studio, as they have since formalised, were invited by Seven to pitch based on a previous web comedy Fighting ISIS, in which four Aussie bogans go over to the Middle East to fight ISIS.

Head of multichannel programming Billy Betts spotted the series following an article in The Guardian and extended a rare invitation to pitch.

Seven West Media executives have declared the first night AFL grand final a resounding success, and that the league should strongly consider an evening timeslot for the season-decider again next year and into the future, reports The Australian’s John Stensholt.

Saturday’s success will see Seven urge the AFL to consider a permanent move of its season-decider, traditionally held at the Melbourne Cricket Ground on the last Saturday afternoon in September, to a prime-time evening slot.

“It is about showcasing the biggest game of the year and where the audience is most available and that is at night,” Seven’s Melbourne managing director Lewis Martin told The Australian.

“I’d have to say visually it was spectacular. I don’t think there’s anything about (Saturday) night that people could possibly have any negativity about there being a night grand final.”

The Richmond dynasty and all the euphoria that flowed from that crowning achievement turned into an hour-long poker game in our household by Sunday morning, writes News Corp’s John Rolfe.

The 7.30pm Grand Final start meant young Tiger fans had hit the wall by half time and were forced to watch the second half unfold the morning after the night before.

The AFL should listen to the fans and return its marquee contest to a 2.30pm contest next season.

The AFL gleefully accepted the chance at this timeslot because of the Cox Plate double-booking, and yet there is not a single reason why Gillon McLachlan shouldn’t revert to the long-held tradition immediately.

You can spin TV ratings any way you like, but in a COVID era where fans were trapped in homes instead of dispersed across tens of thousands of barbecues they weren’t the lay down misère that would force the league to lock away this timeslot.

Fox Sports to can apps and focus on website FoxSports.com.au

The changing viewing habits of sports fans has prompted Australia’s premier sports channel to axe its apps and simplify its range of digital subscription services, reports The Australian’s Emily Ritchie.

Fox Sports announced on Monday it would be closing all of its apps, which include Fox Footy, Fox League, Fox Sports multi-sport app and Fox Cricket, by the end of November.

“With more than 80 per cent of total traffic now using FoxSports.com.au, this is a natural time to retire these free apps with declining use, without dis­appointing sports fans,” McIlveen said.

“Fans are overwhelmingly telling us they prefer to access their sports news and match stats and results through their browser.”