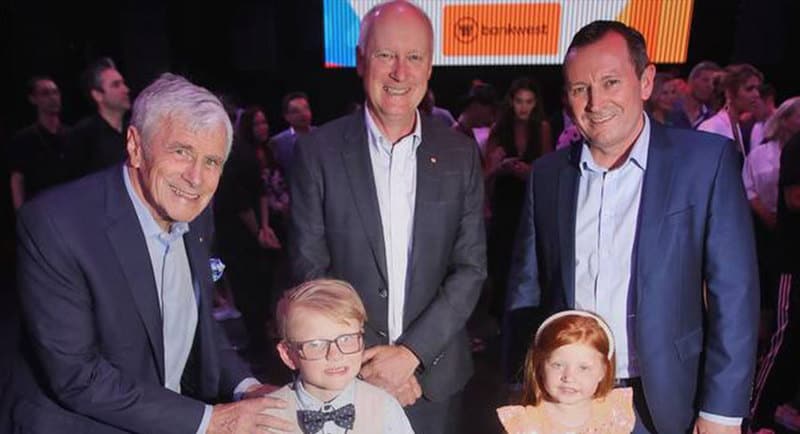 West Australians have once again outdone themselves, this time raising a staggering$46,331,097 for Telethon 2020. Even in a year of unprecedented hardship, individuals and corporates from around the state dug deep and donated, all for the sick kids of WA.

The Channel 7 Telethon, which was broadcast LIVE from the Crown Theatre Perth over two special nights (Saturday 24 October and Sunday 25 October), had all the elements that Telethon is renowned for – community, family entertainment and a reason to be thankful. 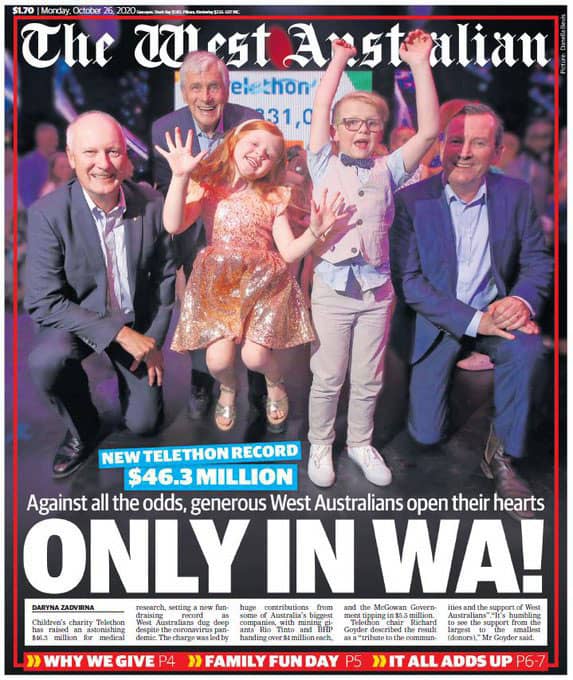 7NEWS presenters and Telethon hosts Basil Zempilas, Susannah Carr, Rick Ardon, Tim McMillan, Angela Tsun, Adrian Barich and Amelia Broun were joined by comedian and Kath & Kim star Peter Rowsthorn, The West Australian’s Jenna Clarke and Sunrise’s Matt Tinney – as they presented the all-new Telethon. Unlike anything viewers had seen before, the 53rd Telethon included a lot of surprises including a new set, in a new location with new segments including the Kids Couch with hard hitting questions from our Student Ambassadors.

The two nights of non-stop action featured WA’s favourite TV, sports and music stars. There were performances by WA local Samantha Jade, Casey Donovan and the cast of the West End smash-hit musical We Will Rock You, Ian Kenny (Birds of Tokyo) and the Western Australian Symphony Orchestra, actor and musician Joel Jackson, Indigenous artist Gina Williams, as well as the Inneka string quartet. 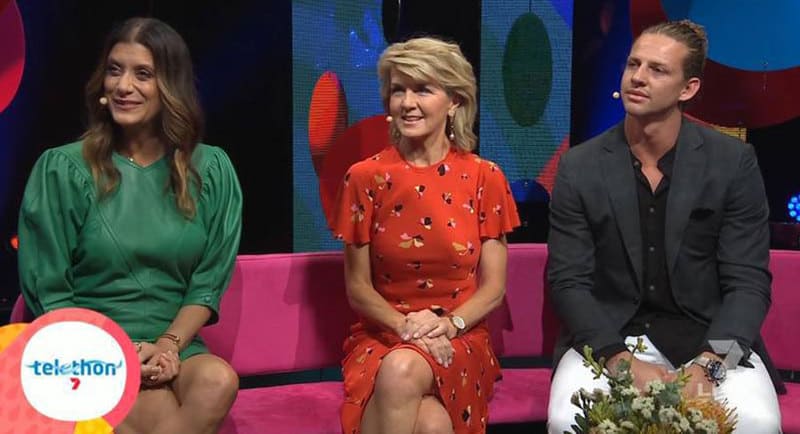