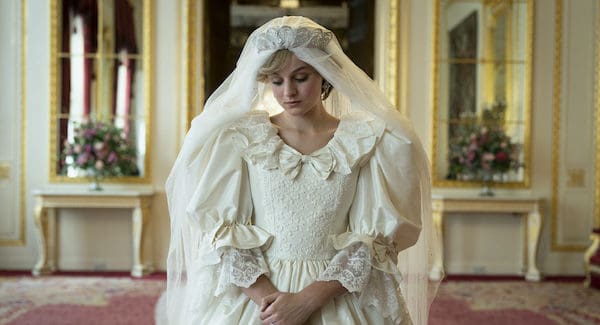 News Corp ready to participate in Senate inquiry into the media

A Senate inquiry into media diversity is expected to call News Corp Australia executives and editors as it examines the “independence and reliability” of the press, reports The Australian’s Max Maddison.

The inquiry, established by Greens senator Sarah Hanson-Young, will also look into the dominance of Facebook and Google and the loss of small publishers.

News Corp Australasia executive chairman Michael Miller said the company “has been a participant in at least nine media inquiries held over the past decade”. “As always, we will continue to constructively engage in these important conversations,” he said.

The former prime ministers Kevin Rudd and Malcolm Turnbull will be called to give evidence at a Senate inquiry into media diversity that will examine the dominance of News Corp Australia and its impact on democracy, reports Guardian Australia’s Amanda Meade.

The Greens senator Sarah Hanson-Young won support for the inquiry on Wednesday following the popularity of Rudd’s petition for a royal commission into the Murdoch media.

Hanson-Young told Guardian Australia it was essential the two former leaders, who have been outspoken about the role of the Murdoch press, be allowed to “speak frankly and have the protection of parliamentary privilege, which is important when you’re talking about issues of power and influence”.

News Corp Australia’s editors and commercial executives, alongside independent and regional and rural editors, would also be called to give evidence, she said.

The judge presiding over former Seven Network presenter Simon Reeve‘s lawsuit against the broadcaster has warned both sides not to “play games” in court, as the network returns fire with its own claim against the ex-TV host, reports The Sydney Morning Herald’s Michaela Whitbourn.

Reeve filed Federal Court proceedings against Seven in September, alleging the network breached the Fair Work Act including by failing to pay him annual leave and redundancy pay.

The court has previously heard the lawsuit is worth at least $500,000 but Seven’s barrister Yaseen Shariff, SC, has branded Reeve’s claims “ambitious”.

At a preliminary hearing on Wednesday, Shariff said Reeve’s lawyers had not produced documents they requested recording any work Reeve performed outside of Seven. He said without access to those documents it was unlikely any pre-trial mediation would be “fruitful”.

The parties return to court on Monday.

Evidence obtained by the Brereton war crimes inquiry into Victoria Cross recipient Ben Roberts-Smith will be given to Nine newspapers as they defend a defamation suit launched by the Afghanistan war hero over allegations he was involved in multiple murders, reports The Australian’s Ben Packham.

Federal Court judge Craig Colvin ordered Roberts-Smith to provide documents to lawyers for The Age and The Sydney Morning Herald which were provided to him by the Inspector-General of the Australian Defence Force so he could respond to the allegations made against him.

Nine newspapers journalist Nick McKenzie said the ruling was “stunning”, arguing on Twitter that Justice Colvin had ordered the release of files that Roberts-Smith “fought hard to keep secret”. But Roberts-Smith’s lawyer, Mark O’Brien, cast the decision as a win for soldiers who had been compelled to give evidence to the inquiry.

Vogue Australia’s imagery has long provided inspiration for dressing ourselves – now it is available to dress your home, reports The Australian’s Glynis Traill-Nash.

In collaboration with Fineprint Co, Vogue Australia is releasing more than 100 images, including covers and fashion photography, as wall art.

The imagery has been selected by Vogue Australia editor-in-chief Edwina McCann from the magazine’s extensive archives, which were digitised last year.

Twelve months ago to celebrate the 10th anniversary of his Triple M Hot Breakfast show, McGuire was declaring he’d be in the seat for another decade.

“It’s a privilege and a pleasure to be able to get up in the morning and talk to the audience in Melbourne,” McGuire said.

“It’s a major part of my life, and continues to be. I’ve got no intentions of passing things on. I’m enjoying for all the right reasons.”

A rushed announcement on a Wednesday morning – after several Herald Sun inquiries to Triple M management the previous day – wasn’t the way he’d envisaged signing off after 11 years.

Given he’d been involved with Triple M for over 30 years McGuire was always going to be allowed to control the narrative of the show’s decline.

But what he couldn’t control was the ratings and a cooling of his relationship with co-host Luke Darcy.

Osher Günsberg has spoken about 2016 paparazzo shots taken in Bali during filming of The Bachelor 2016, reports TV Tonight.

Speaking to ABC’s Reputation Rehab he recalled the intrusion and body shaming around photos which were published online, later found to be a breach by the Australian Press Council.

He told ABC he went diving on a day off in Padang Bai, about two hours from filming, he was snapped when changing into a wetsuit by a long lens.

“There was no traffic around on the way in there, but as soon as we arrived, a scooter arrived right after us, right out in the open,” he recalled.

“Bear in mind at the time, I was quite ill, and I was suffering a pretty decent episode of mental ill-health and I was on a lot of medication. I was on two different kinds of anti-psychotics and SSRI and Amino ketone and (with) these drugs, you put on a lot of weight. You can do all the exercise you want, but they mess with your insulin response. So I was putting on about a kilo a week. I was pretty big. Even Mick Fanning and Steph Gilmore do not look good when they’re getting into a wetsuit.”

After returning to Australia a photographer taunted him over the scene.

First review: The Hollywood Report on Netflix’s The Crown season 4

With former major players like Prince Philip and Queen Elizabeth’s sister Princess Margaret (Helena Bonham Carter) in reduced roles, the fourth season is the first in which the domestic tensions among the royals is anywhere near as interesting as the British history that unfolds outside the palace gates.

Creator Peter Morgan and his writers remain impressive in their ability to condense national events into dramatically compelling crises-of-the-week and flesh out real-life personages through just a few scenes (though, deliciously, the show doesn’t bother to do so for sniveling princelings Andrew and Edward).

Spanning the 11 years of Thatcher’s prime ministership (1979-1990), the season finds Elizabeth caught between two competing visions of the future by two very different, very headstrong women. The youthful, glamorous and compassionate Diana begs for the kind of familial warmth and marital fidelity that are anathema to the Windsors, her loneliness leading to bouts of binging and purging, rollerskating to Duran Duran within the palace’s carpeted hallways, even getting dinner with Charles’ mistress, the callous and canny Camilla Parker-Bowles (Emerald Fennell).

Vulture: The Crown Has Finally Gotten to the Good Stuff

The Guardian: The best series so far of the royal drama

CNN: The fourth season of The Crown is dominated by two women, and neither is the Queen

Variety: The Crown Takes on Princess Diana and Margaret Thatcher in Splashiest, Least Subtle Season Yet

IndieWire: The Crown Season 4 Review: It’s to Di For