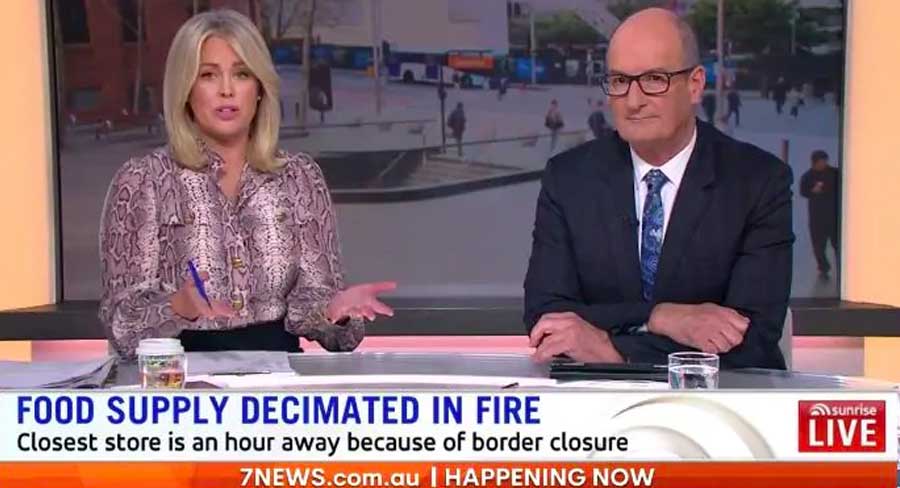 Facebook’s threat to ban news sharing in Australia rather than abide by a media bargaining code is an inflammatory overreaction according to regional publishers reports Guardian Australia‘s Amanda Meade.

Facebook broke its silence on Tuesday and said it would block Australians from sharing news on its platform if the landmark plan to make them and Google pay for news content becomes law.

Country Press Australia, which represents 140 regional and local mastheads, is one of the smaller players involved in the bold plan by the Australian Competition and Consumer Commission to address the bargaining power imbalance between Australian news media businesses and the digital giants which have the lion’s share of advertising dollars.

Smaller operators like Schwartz Media, which publishes the Saturday Paper, and Private Media which publishes Crikey, the Mandarin and Smart Company, are ready to negotiate with Google and Facebook for a share of that revenue, along with Guardian Australia and major media players News Corp Australia and Nine Entertainment.

The president of Country Press Australia Bruce Ellen, said the Google open letter last month made claims about the public impact of the code, some of which were “disingenuous, to say the least” but Facebook had gone even further.

“Facebook has gone off half cocked; the ACCC is proposing a framework under which news media businesses and the digital platforms have the opportunity to negotiate, with an arbitration process if an outcome could not be agreed,” Ellen told Guardian Australia.

“I understand they’re worried about it being so open-ended, but at this stage to say ‘we are going to cut news businesses off for Australian audiences’ is just preemptive and unnecessarily inflammatory when the process has just started.

“We haven’t even got the exposure draft finished after submissions and this is their opening salvo?”

During an interview on the Channel 7 breakfast show this morning, Armytage said her “blood’s boiling”, adding she wanted to “have it out” with Palaszczuk if she would agree to come on the show.

Her comments came during an interview with Moree Plains Mayor Katrina Humphries, who is pleading with the Queensland Government to open the border after a fire ripped through the NSW border town of Mungindi and left them without access to a supermarket or butcher unless they leave their border bubble.

“My blood’s boiling because of a lot of things she’s (Palaszczuk’s) done lately,” Armytage interjected.

“You guys have now got no supermarket, no butcher, no food, basically. She won’t come on the show. I’m happy to have it out with her. I’m fed up with what’s going on in NSW.”

Armytage said she had friends in the Moree area and was concerned about their future.

“I know we’re all in this together … I know we have to stop the spread of this virus, but there’s some really silly decisions and dangerous and deadly decisions being made against good people purely because of politics,” she said.

More industry awards are shifting to online presentations this year due to the COVID-19 pandemic, reports TV Tonight.

The 53rd Annual AWGIE Awards was due to be held in September, but will now take place online on Tuesday 8 December.

Nominees for the annual Australian Writers’ Guild event will be announced in mid-September.

Meanwhile the Australian Directors Guild Awards will also be held online on October 19. It had previously announced plans for September, then an event at the City Recital Hall in Sydney.

Screen Producers are yet to announce plans for their 2020 SPA Awards, and annual Screen Forever conference, which is due to be held on the Gold Coast this year.

The 10th Annual Equity Ensemble Awards were announced last month and will be presented at a ceremony when it is safe to do so.

The ARIA Awards are currently due to take place in Sydney in November. AACTA Awards are yet to outline plans for their annual December event.

The dark frontier of Aaron Guzikowski‘s Raised by Wolves (Foxtel) is a challenging place: two androids, Mother and Father, raise human children from a trove of embryos saved from a dying Earth, while a shipload of religious zealots led by Marcus (Travis Fimmel) and Sue (Niamh Algar) land on the planet Kepler-22b in search of salvation, reports The Sydney Morning Herald’s Michael Idato.

Produced and directed by one of the great masters, Ridley Scott, it is an uncertain and frightening world. Critical reaction to the series in the US has been cautiously positive. But even Entertainment Weekly‘s Darren Franich, who praised it, offered a word of warning: “[It] reflects an unusual instinct for decent-budget science-fiction: it’s impossible to root for anyone.”

Despite the unearthly darkness of the material, Australian actor Travis Fimmel says his conversation with Scott, whose credits include the blockbusters Alien, Blade Runner, Gladiator and Black Hawk Down, began in the most mundane of places. “He had his razor with him, his shaver, and he said, this is what I based the spaceship off, the shape of his electric razor,” Fimmel says.

Scott, for his part, credits Guzikowski’s writing. “It’s all in the material,” he says. “I read the material, the material was inspirational. I thought, I can’t let this one get away. I need to do it. It was that simple.”

Cricket Australia’s biosecurity budget for the summer has ballooned past $30 million as the governing body seeks to protect its broadcast rights with stringent protocols amid a spectacular breakdown in relations with Seven West Media, reports The Sydney Morning Herald’s Chris Barrett.

Seven’s threat to walk away from the game has heightened CA’s determination to safeguard the season against an infection in an international or Big Bash League bubble, the result of which could be a loss of content and a disastrous breach of television contracts.

This home summer is worth more than $300m to CA in broadcast rights fees alone, with Foxtel and Seven paying nearly $200m between them per year under their agreement and an extra windfall coming because of India touring.

The spiraling of the biosecurity spending comes as CA’s interim chief, Nick Hockley, was due to sit down with Seven boss James Warburton in Sydney on Friday. He had been scheduled to meet Foxtel CEO Patrick Delaney on Thursday but it was pushed to next Tuesday.

Justin Langer has called on frustrated broadcasters to sit down with Cricket Australia to navigate a path through the conflict that has seen Seven threaten to walk away from the game, reports News Corp’s Peter Lalor.

Seven West chief executive James Warburton was so angered by the prospect he suggested last week that the network may as well be broadcasting grade cricket which would cost nothing instead of the BBL which cost the broadcasters millions every year.

Robert Craddock: Lust for big bucks behind cricket being bashed

When Cricket Australia does its inevitable review into what went wrong with its Big Bash television rights deal one word lies at the bottom of the mess … greed, reports News Corp’s Robert Craddock.

Cash hungry CA executives just could not help themselves.

To get the magic $1 billion TV rights figure they so craved they had to stretch and bend the Big Bash so far out of shape it morphed from that tasty snack that left you hungry for more into the main meal you just couldn’t get through.

What other sporting competition in the world has ever quickly grown from 32 fixture games to around 60 matches without any push from the broadcasters or fans?

Channel 7, who want to sell the Bash rights, have stunned the cricket world by their withering public attack on CA but their boldness is the underpinned by the knowledge they will never be back so they have nothing to lose.

This will be their one and only deal with Cricket Australia, so there is no relationship to protect.

The chairmen of Sydney’s two AFL clubs have called on the league to make radical changes to the grand final which would see the decider turned into a best of three series and taken beyond the code’s heartland, reports The Sydney Morning Herald’s Andrew Wu.

As Victoria reels from losing hosting rights to the grand final for the first time in the competition’s history, Swans chairman Andrew Pridham declared the days of the game being an “MCG exclusive item are gone”.

Pridham received backing from his Greater Western Sydney counterpart Tony Shepherd, and believes the concept would be supported by the other six clubs based outside of Victoria.

Under Pridham’s plan, the MCG would still host a rubber but the rights for the other legs would go out to tender to all states and territories. The MCG could also host another game if Victoria was to win a tender.

A best-of-three grand final would be fairer on the non-Victorian clubs, Pridham said, raise income through broadcast rights and ticket sales for the AFL as it recovers from the severe economic downturn caused by the pandemic, and help the league grow the sport in NSW and Queensland.

The Swans have previously argued for its introduction but believe COVID-19 has created more momentum for further discussion.