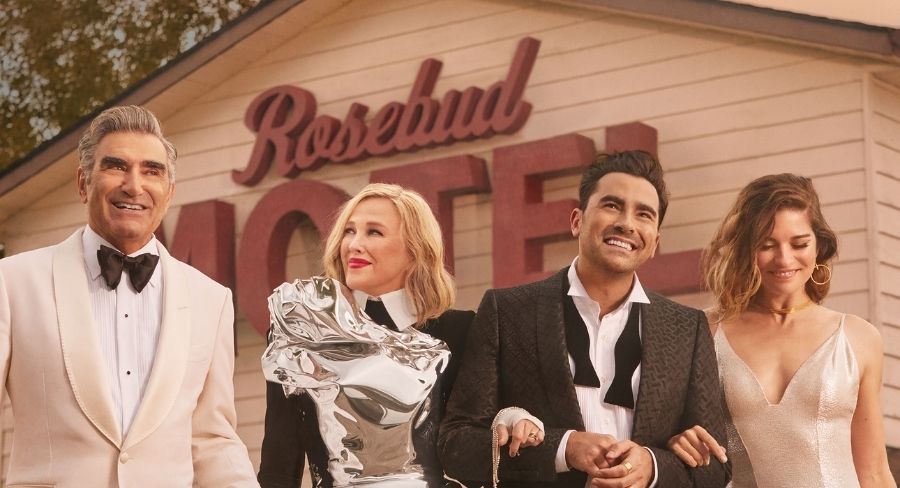 • I Hate Suzie is available for streaming on Stan

Schitt’s Creek (iview and Netflix) could be 2020’s most perfect show. What better series to watch in lockdown than a sweet comedy about a rich family in lockdown at a small motel.

After six seasons, this acclaimed show is up for several Emmys (tip – it’s going to win several), and it’s now being sent off here with Best Wishes, Warmest Regards: A Schitt’s Creek Farewell (Tuesday on ABC Comedy and Netflix). It is fascinating to remember how unlikable and brittle the characters were in the first episodes, a factor which caused some viewers to stop watching (tip – dive back in from the second season onwahttps://www.mediaweek.com.au/tag/stan/rds). Schitt’s Creek is about awful people who become nicer people and this premise works well because it is set in a small town in Canada. Can you imagine setting this in a racially divided American small town, full of homophobia and guns? It wouldn’t work, but position it further north and Schitt’s Creek could be the greatest Canadian TV series of all time.

Schitt’s Creek starts off dark and then lightens up, whereas new shows like I Hate Suzie (Stan) and I May Destroy You (streaming now on BINGE) start off dark and just get darker. If you thought Billie Piper and writer Lucy Prebble were outrageous when they made the series Secret Diary of a Call Girl (7plus), you ain’t seen nothin’ yet. Both have teamed up again for an even more outrageous drama for Sky.

In I Hate Suzie, Billie Piper plays a self-involved actress whose phone is hacked. As compromising pictures of her become public, Suzie deals with the fallout while trying not to have a nervous breakdown. Meanwhile, her manager Naomi (Leila Farzad) begins to unravel after an incident on a train brings back memories of sexual abuse. 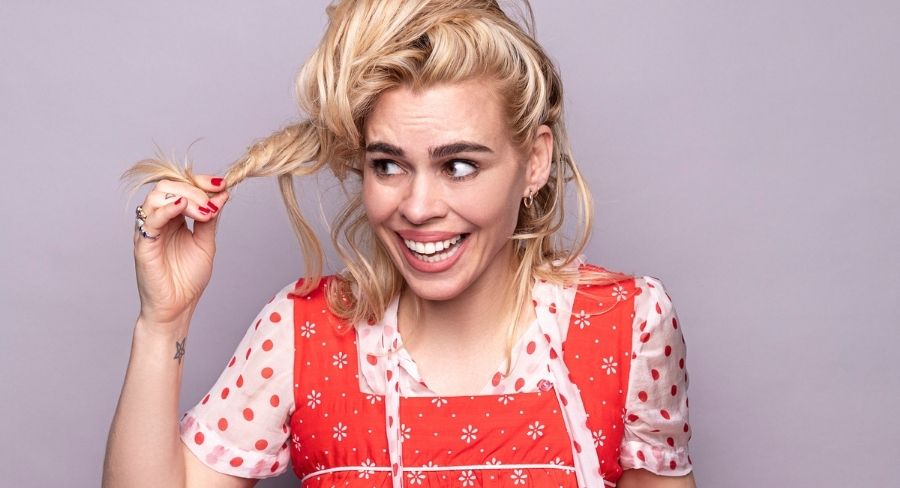 Billie Piper in I Hate Suzie

Abuse is also at the centre of I May Destroy You. After a wild blackout night, author Arabella (Michaela Coel) has flashbacks about being raped, so she tries to retrace what has happened. It is a huge step-up for Coel, whose breakout sitcom Chewing Gum (Netflix) debuted on small digital channel E4 in the UK. Now, I May Destroy You is a BBC/HBO co-production and Coel is its adored star, creator, writer and co-director.

Closer to home, tough women are also at the forefront of I Am Woman (Stan) and Halifax: Retribution (Nine). To learn more about these great local productions, check out our Mediaweek podcasts with I Am Woman co-producer Rosemary Blight and Halifax producer Roger Simpson and star Rebecca Gibney here.