The new firm, based in London with additional offices in Los Angeles, will develop movies and TV shows with a focus on supporting new and visionary talent, the women said in a statement. The company will be built on the foundation of Featherstone’s Emmy Award-winning indie production house, Sister Pictures.

Murdoch, daughter of Rupert Murdoch, is the lead investor in the new venture and will serve as executive chairman. Snider, the former 20th Century Fox Film chair; and Featherstone, the television producer and former Shine executive, are also investing. Financial details of the investment were not disclosed. 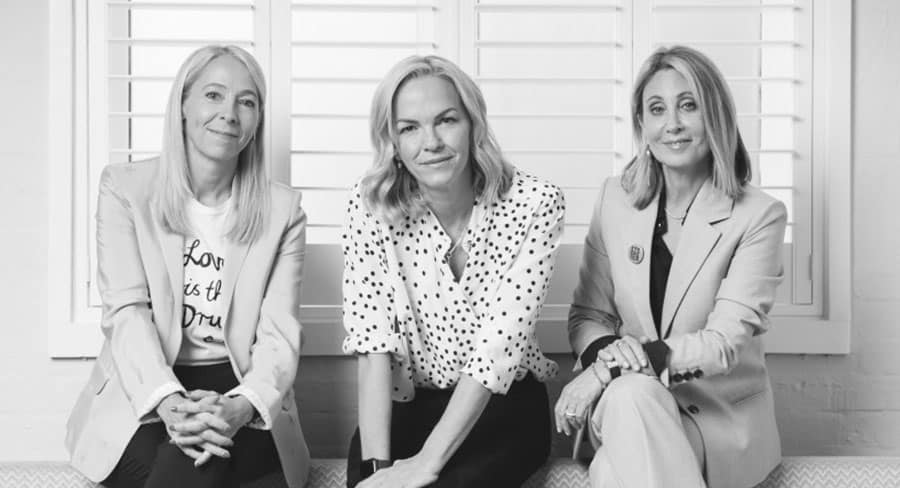 Sister Pictures, known for shows including HBO’s Chernobyl and the British drama Broadchurch, has a staff of 26 in London, the company said. In 2019, it produced 25 hours of scripted television per year, which will rise to 32 hours per year in 2020.

Nine Entertainment is edging closer to taking over the home of broadcasters Alan Jones and Ray Hadley, Macquarie Media, with its voting power increasing to 88.78 per cent, reports The Australian’s Lilly Vitorovich.

The disclosure was made in a Nine shareholder notice to ASX on Tuesday morning, as the clock ticked on its $1.46 a share offer for the remaining 45.5 per cent it doesn’t already own of the radio network.

That figure was up from 87.05 per cent following the recent sale of advertising veteran John Singleton‘s 32.2 per cent stake in the business for $80 million.

Nine, which inherited its controlling 54.5 per cent stake in Macquarie Media as part of its $4 billion merger with Fairfax Media in December, needs to get to 90 per cent to secure full control of the broadcaster. Its $1.46 a share offer is at the bottom of an independent expert’s report value range of $1.44 and $1.66 a share.

Prince Harry has launched legal action against British tabloid The Mail on Sunday, saying he fears the tabloid’s treatment of his wife is “history repeating itself”.

The 35-year old Duke of Sussex released an extraordinary statement on Tuesday, invoking his mother Princess Diana who died in 1997 in a car crash after being chased by paparazzi, saying his wife had become the latest victim of Britain’s tabloid press.

“Though this action may not be the safe one, it is the right one,” Prince Harry said.

“Because my deepest fear is history repeating itself. I’ve seen what happens when someone I love is commoditised to the point that they are no longer treated or seen as a real person.

“I lost my mother and now I watch my wife falling victim to the same powerful forces.”

Prince Harry’s legal action has been filed under the Data Protection Act 2018 and relates to the newspaper’s publication of Meghan’s private letter to her father, from whom she is estranged. He said the paper’s “ruthless campaign” against his wife had escalated during her pregnancy when she could not defend herself.

The Duke and Duchess of Sussex are privately funding the legal action and say any proceeds from any damages will be donated to an anti-bullying charity.

A well-known Australian TV star has been accused of sexual discrimination after he allegedly forcibly kissed a female actor in a “non-consensual and unscripted” encounter during filming of a television show, reports News Corp’s Kay Dibben.

Rebecca Wilson alleges actor Damian Walshe-Howling made unwelcome sexual advances toward her, kissing her and forcing his tongue into her mouth, while they were filming Bikie Wars: Brothers in Armsin 2011.

Wilson, who was an extra playing a Bandido party girl, alleges Walshe-Howling held her by the back of her head, so she was unable to free herself, her court claim says.

The kiss, during filming in December, 2011, was “non-consensual and unscripted”, her Federal Circuit Court claim, filed by Shine Lawyers, alleges.

It’s happening: Stranger Things is getting a fourth season to chronicle the sci-fi exploits of Eleven and her crew – and further heighten your sense of 1980s nostalgia, reports The Los Angeles Times.

Netflix on Monday announced its flagship series’ renewal with a teaser clip showcasing a spooky Stranger Things 4 logo and the ominous declaration that “We’re not in Hawkins anymore.” The development also came with word that the streaming giant had signed the series’ creators and showrunners, Matt and Ross Duffer, to a multiyear film and series overall deal, all but ensuring the creation of new worlds outside of Indiana and its all-consuming Upside Down.

“The Duffer Brothers have captivated viewers around the world with Stranger Things and we’re thrilled to expand our relationship with them to bring their vivid imaginations to other film and series projects our members will love,” the streamer’s chief content officer, Ted Sarandos, said in a statement. “We can’t wait to see what the Duffer Brothers have in store when they step outside the world of the Upside Down.”

The Duffers thanked Sarandos and the Netflix team for taking a chance on them and their show and forever changing their lives.

Gabrielle Carteris had one main condition when she signed on to the Beverly Hills 90210 reboot, reports News Corp’s Jonathon Moran.

The 58-year-old insisted her character – Andrea Zuckerman – experiments with her sexuality.

“When I took this opportunity and said yes to doing it, I wanted to do it because it is fun but I actually think with storytelling we have a chance to also shift perceptions,” Carteris, who has two adult children with stockbroker husband Charles Isaacs.

Created by Aaron Spelling, the original ran for 10 seasons from 1990 to 2000 and was a global hit still broadcast in some countries today.

“When we started 90210, one of the things that was so appealing about this show initially was that we weren’t pretending that everybody was good and nobody makes mistakes,” she said. “It was the human part where people can see themselves in the character. Now, 30 years later since we started that show, our commentary has to be different.”

TV Tonight recently sat down with Australia’s longest-running drama couple and in the first of a two part story looks back on the early years.

Alan Fletcher had previously appeared in a guest role, which he was later asked to resume but declined due to theatre commitments.

“I was doing Shakespeare with the Melbourne Theatre Company,” he recalls.

“My goodness what a different life I might have had!

“I probably would have done a year and a bit and ‘headed off to the UK’ or something!

“Seven years later along came Dr. Karl Kennedy and I couldn’t have been more excited.”

He also filmed his first scenes on location a week before his on-air family filmed their first studio scenes.

“I always boast that I’ve been on Neighbours longer than Jackie, by a week!”

The Raiders are poised to cash in on their fairytale grand final run with an increase in exposure on the NRL’s free-to-air broadcaster when next season’s draw is finalised in coming weeks, reports The Sydney Morning Herald’s Adam Pengilly.

Rights holder Nine is expected to carry more Raiders games when the 2020 schedule is published, a win for the club which has long campaigned for greater air time on the NRL’s biggest TV platform.

The Raiders had only five games shown on Nine during this year’s regular season and had blockbuster clashes late in the season against the Roosters, Storm and Sharks – which also doubled as Paul Gallen‘s farewell to the Shire – shown on the subscription-only Fox Sports.

Nine was asked to pick their free-to-air allocation for next year’s season as early as August meaning they had to lodge their preferences before the Raiders’ stunning finals run.

The Broncos have played more than 200 games on free-to-air since 2008 given the ratings hit they are in Queensland while other traditional Sydney clubs such as the Rabbitohs, Eels and Dragons are small screen hits.

The radio silence around the upcoming A-League campaign has increased with a proposed nationwide advertising blitz having to be scrapped, reports AAP.

A failure to reach agreement on the strategy for the campaign on Australian Radio Network (ARN) between A-League clubs led to the collapse, which has come less than two weeks before the new season starts on October 11.

In previous seasons the FFA has been in charge of the strategy for promotion campaigns.

But with club owners now taking control of the A-League, the campaign had to be signed off by the 11 clubs as well.

AAP understands the campaign collapsed after the media agency hired by FFA revealed their concerns over the process to ARN directly.

A-League bosses have already decided to run a late promotion blitz for the upcoming season after the AFL and NRL finals, believing it will avoid their marketing being drowned out by the winter codes.

Molan has been victimised on social media after news of an alleged ‘feud’ with Andrew Johns, her league commentary partner, blamed her for the reported split – which saw Johns banished from working on the same telecast as his female co-star.

Ryan, who worked with both Molan and Johns at Nine – before signing with 10 to host a new series of The Amazing Race Australia– said “it was bullsh**” to scapegoat Molan for the casting call made by Nine management and head of sport, Tom Malone.

“I’ve been really close to Erin since she started and have so much respect for her,” Ryan told News Corp.

“You’ve got to remember she was one of the first women to come in and work in NRL. Girls like her and [Fox Sports’] Lara Pitt, it was super hard to break into the rugby league world. When I was a kid watching The Footy Show or commentary, there were no girls involved. So the first ones are always going to find it hard.”