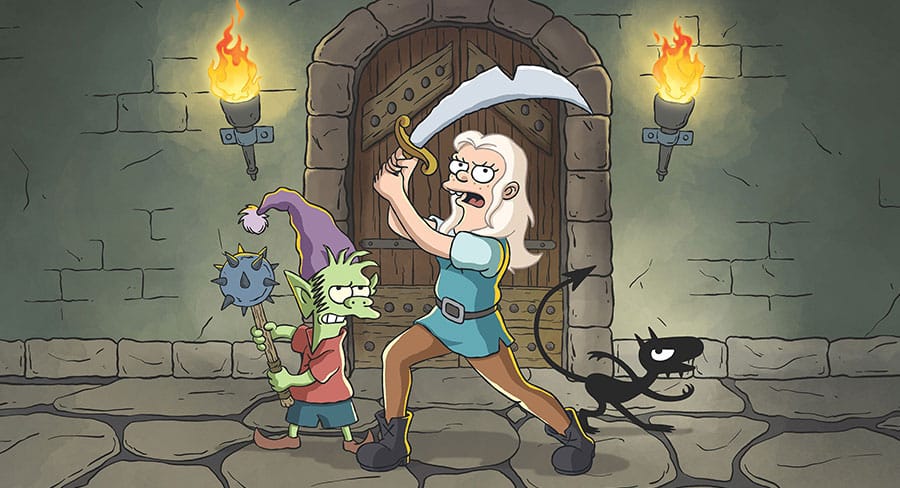 • The series is Groening’s first production for Netflix

Stranger Things has now made it 15 weeks in a row on top of the Australian TV Demand charts and 14 out of 15 in New Zealand as it maintains its steady TV Demand dominance.

Once again it’s followed by the regular faces such as The Dark Crystal: Age of Resistance, The Boys, and 13 Reasons Why in the digital original charts as well as Game of Thrones, Steven Universe, and Brooklyn Nine-Nine on the Overall TV charts.

However, there is one notable new face on the Digital Originals this week and it comes from a familiar name in Matt Groening with his latest project Disenchantment releasing part 2 of its first season on Netflix on September 20, 2019.

The show is set in the medieval fantasy kingdom of Dreamland and revolves around 19-year old princess Bean, her elf friend Elfo, and her “personal demon” Luci as they follow her rebellious bent and alcohol-fueled adventures, while also dealing with Bean’s brutish father King Zøg and his royal court.

The series is Groening’s first production for Netflix after creating The Simpsons and Futurama for 20th Century Fox Television. 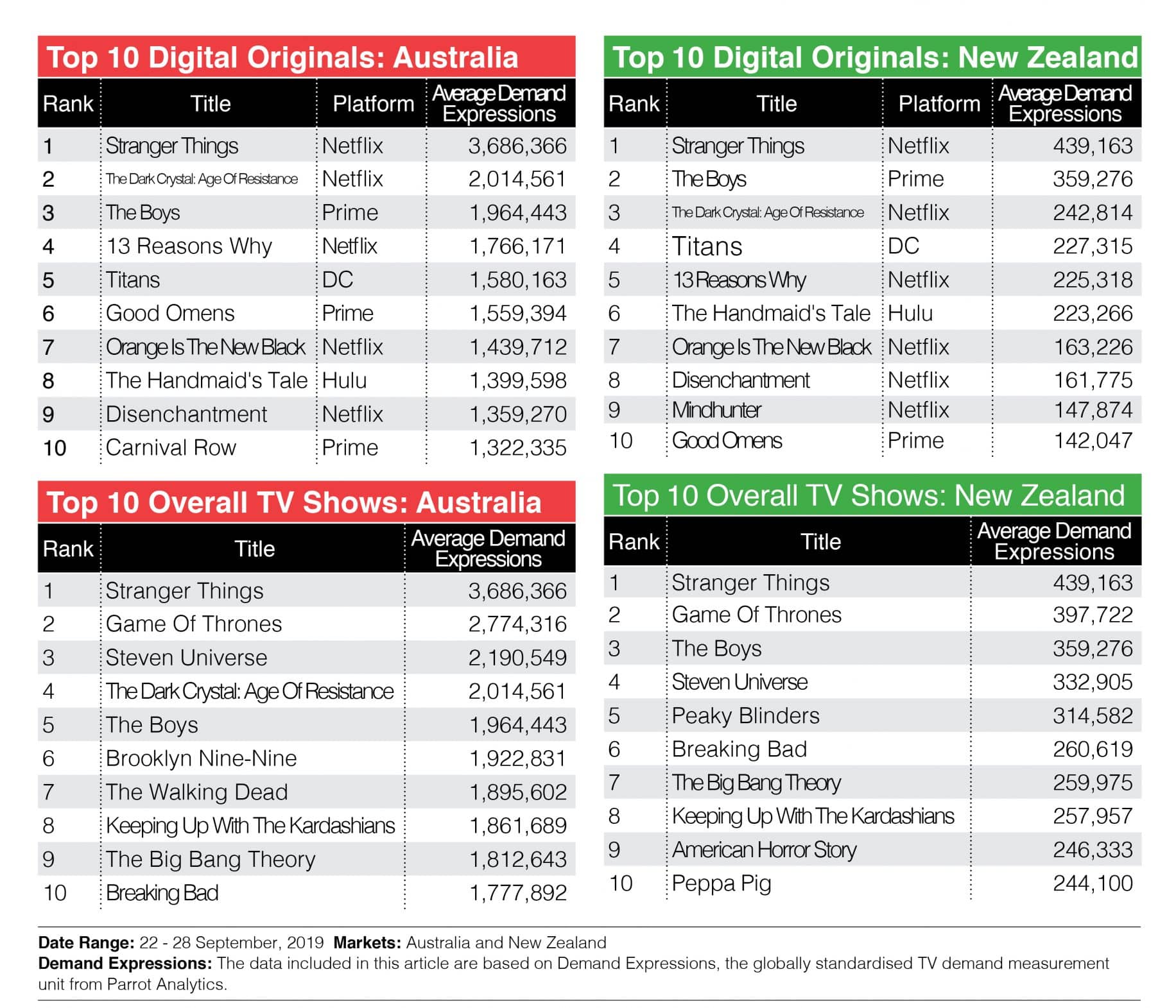