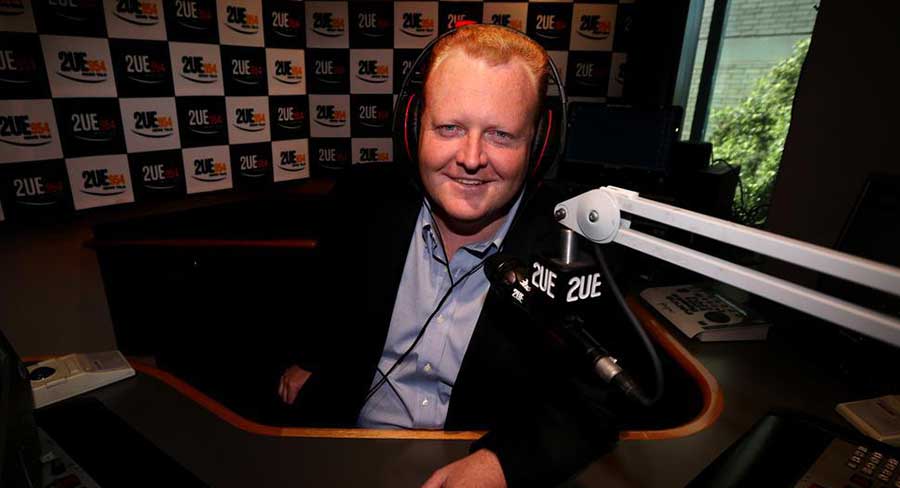 News Corp Australia to cut hundreds of jobs in restructure

News Corp is on the verge of announcing large-scale job cuts as it restructures across its Australian publishing business, as well as moving many of its regional and community newspapers into a digital-only model, reports The AFR’s Max Mason.

Sources told The Australian Financial Review that News Corp could announce hundreds of job cuts as part of a major strategic review of its community and regional newspaper portfolio and restructure of its local publishing business, including metropolitan newspapers. The cuts could be announced as early as Thursday. News Corp declined to comment.

News Corp has hired Deloitte to help it cut costs at the Rupert Murdoch-controlled media company. Sources said the cuts could be between 650 and 1000 jobs.

News Corp Australasia executive chairman Michael Miller confirmed the company would follow through with a restructure of the community and regional portfolio in a staff email earlier in May, but did not provide any details.

“In recent weeks we have been undertaking a review of our Australian portfolio and structures and have had discussions with the most logical acquirer of our regional and community titles,” Miller told staff.

News Corp journalist Annika Smethurst will not face criminal charges, nor will any potential sources, after her reporting revealed an intelligence agency wanted to spy on everyday Australian citizens and sparked a police raid on her home, reports The Australian’s Leo Shanahan and Richard Ferguson.

However two ABC journalists could still face criminal charges for broadcasting stories relating to potential war crimes by Australian soldiers, after the AFP confirmed it was still conducting an “active investigation”.

AFP deputy commissioner for investigations Ian McCarthy said on Wednesday the evidence was not strong enough ultimately to charge either the News Corp journalist or any possible sources.

Smethurst said the case of the two ABC journalists also needed to be resolved quickly.

“I will continue to stand up for them as they have done for me. Journalists should never face the threat of jail for doing their jobs and keeping watch over our government,” she said.

News Corp Australasia executive chairman Michael Miller said that “common sense has prevailed, but at a price” given almost a year has past since the raid.

“In that time Annika has shown great courage, forced to live with the threat of jail for simply doing her job of informing the Australian public on a matter of serious public interest.”

In a brief hearing on Wednesday, Peter Melican, a lawyer for the Australian Government Solicitor, said the commonwealth had only just that morning received notification potentially sensitive evidence was to be aired.

The matter is adjourned until June 2.

Media industry figures from around the country have heaped praise on veteran journalist Tom Krause, who passed away on Tuesday, reports The Sydney Morning Herald’s Matt Bungard.

He enjoyed a respected career spanning five decades in journalism, including time with the United Press International in New York, News Corp’s The Australian, the Seven Network, Sky News Australia, Ten’s Meet the Press, SBS’s The Observer Effect and Nine’s Sunday program where he was supervising producer and managing editor.

Nine National director of news and current affairs Darren Wick said Krause was one of the network’s true legends.

“Tom will forever be admired as one of the great journalists and truly wonderful characters in the history of Channel Nine,” he said.

“He was extremely intelligent and possessed an incredible ability and instinct to consistently produce the most compelling current affairs programming.

“But above all else, he was an outstanding teacher and mentor to so many of us at Nine and everywhere else he worked. He inspired us with his relentless work ethic, love of a great story and wicked sense of humour.”

Hamilton was with Seven for six years producing such titles as Drop Dead Weird, Kitty is Not a Cat, Flushed and The Deep.

Seven, which has signalled its desire to cease children’s production, no longer has an executive in charge of Kids’ TV, but network programming director Angus Ross is responsible for all content commissioning.

Ratings for Australia’s three early morning shows, along with those of most prime time news programs, have risen during the global crisis. But News Breakfast has added the most viewers, leaving its commercial rivals in the unusual position of growing their audiences while losing market share. 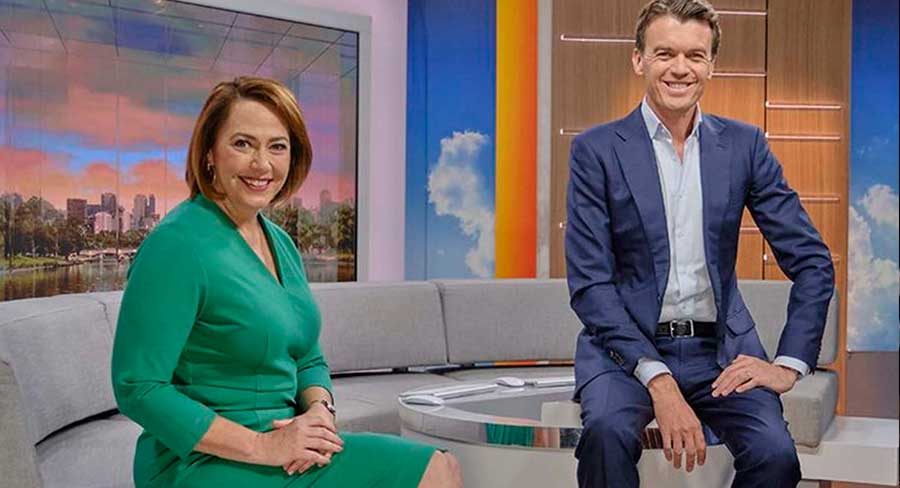 Emily Butselaar, executive producer of News Breakfast, said, “Amid the fear and anxiety of the last two months record audiences are tuning in because they want the key facts and figures, delivered without hyperbole, along with intelligent conversation and a measure of comfort and joy.”

Michael Pell, executive producer of Sunrise, said he and his team have never worked harder.

“The focus for us has been delivering important information to our viewers at such a critical time,” Pell said. “The fact we can have a laugh along the way is a bonus; I think we all need that right now.”

Will there be another ‘golden generation’ of Australian TV?

After Clare Rigden’s detailed oral history of Love My Way, Foxtel’s breakthrough Australian drama, was published in The Age’s Green Guide, the response from readers was overwhelmingly positive. “I loved this show”, “My all-time favourite Australian series” and “Iconic and an amazing cast” were just a few of the many laudatory online comments. A chord was well and truly struck, reports The Age’ Craig Mathieson.

Created by John Edwards, Claudia Karvan, and Jacquelin Perkse, Love My Way ran for three seasons – each on a different Foxtel channel – at a time when television’s creative DNA was just beginning to change in the wake of The Sopranos audacious rise and HBO’s associated influence. In chronological terms, given how quickly the medium moves nowadays, the Sydney-set series is ancient, but a great deal of its success, including its belated second coming, remains instructive (it’s now streaming on 7Plus and 10Play).

Reading about how Love My Way rolled out across those three seasons, beginning in November 2004 and adapting to the concerns brought to the writers room, you’re reminded that there’s an inordinate focus now in Australian drama on limited series. Whether out of budgetary necessity at the national broadcasters or a small target mentality at the commercial networks, much of what we see is capped at a self-contained six or eight episodes. That works for a Stateless or The Kettering Incident, but it needn’t be the status quo.

Does Foxtel have the wherewithal to produce the contemporary equivalent of Love My Way now? The cable service is under extraordinary market pressures at every level, but the up and down nature of its Australian drama commissions, which apart from Wentworth are mostly limited series, have been apparent for several years now. The ticks for Lambs of God and Upright have to accommodate the crosses beside Fighting Season and the Picnic at Hanging Rock remake.

HBO Max has launched to take on Netflix. Is it too late?

AT&T’s streaming platform went live in the US on Wednesday. At $15 a month, it’s more expensive than its rivals and comes at a time when household income is dropping, reports The New York Times.

HBO has been an innovator for much of its nearly 50-year run. Now, with the unveiling of HBO Max, it’s playing catch-up.

In the 1970s, when people still referred to it as Home Box Office, HBO was a pioneer in bringing recent movies to the American living room in all their uncut glory. Another innovation came in the late 1990s, when HBO ushered in the era of prestige TV with original programs built around protagonists like Larry Sanders, Tony Soprano and Carrie Bradshaw who could not exist comfortably within the limits of the broadcast networks.

But with the launch of the ambitious HBO Max streaming platform on Wednesday, the cable channel is a late entrant to the streaming wars.

AT&T, the parent company of HBO since 2018, plans to spend more than $4.5 billion on the project over the next few years. The company hopes to have 50 million HBO Max subscribers by 2025 and envisions that the service will eventually generate billions in annual profits as it takes on Netflix, Disney Plus, Amazon Prime Video, Hulu, Apple TV Plus and Peacock, among others, in the increasingly crowded field of online entertainment.

As Sydney radio powerhouse 2GB prepares for its biggest line-up upheaval in almost two decades with Ben Fordham taking over from Alan Jones in breakfast from Monday, the race to replace him in drive is in full swing, reports News Corp’s Jonathon Moran.

The Nine-owned station held interviews with several contenders last week and is leaning towards an outside hire for the competitive timeslot.

Ray Hadley’s protege Mark Levy has been named as interim host and it has been widely claimed that the show is “his to lose”.

Making the decision will be Nine head of radio Tom Malone, himself a former radio reporter, with the assistance of head of content Greg Byrnes, who previously worked as executive producer at Sky News.

Seasoned broadcaster Jason Morrison is one of the stronger contenders for the role and would see a return to the frontline of radio after several years behind the scenes as Sydney news director at Channel 7.

Peta Credlin, the former Chief of Staff for Tony Abbott made the career change to media in 2016 after Abbott was removed as Prime Minister. She currently anchors her own show on Sky and had appeared weekly in a segment with Graham Richardson on Fordham’s drive show.

Today host Karl Stefanovic is understood to have been gunning for the prime radio gig, although with a new bub at home and his hands already full with TV commitments, Nine want him focused on breakfast television over radio.

Rising through the ranks of the 2GB newsroom has been Mark Levy, where he was the lead sports reporter and editor for a number of years, Levy now anchors the Continues Call Team and was given his own show, Wide World Of Sports, earlier this year.

Paul Murray is no stranger to radio having spent years at former AM talk station 2UE as a news reporter and then morning presenter. Murray now hosts a nightly Sky program but has connections with 2GB program director Greg Byrnes and is said to be a strong contender for the role.

NRL: 300 million tuning in to 2020 relaunch around the world

Footy’s finally back and so are the fans – all 300 million of them watching in loungerooms around the world, reports News Corp’s Dean Ritchie.

In what will be a watershed moment for rugby league, the NRL’s stunning eight-game return over the next four days is set to be watched by a record global television audience of 300 million sport-starved people in what is expected to be the largest TV ratings for a single round in the sport’s 112-year history.

Industry insiders predict around 30 to 40 million people around the world would tune in to each match over the next four days as rugby league becomes the first football code in the English-speaking world to return to the playing fields and television.

NRL matches will be shown in more than 70 countries including the US, France, Britain, Papua New Guinea and Uganda.

At 7.50pm on Thursday when Brisbane and Parramatta kick off at Suncorp Stadium, rugby league will become just the third major sporting league in the world, along with football’s K League in South Korea and Germany’s Bundesliga, to resume post COVID-19.