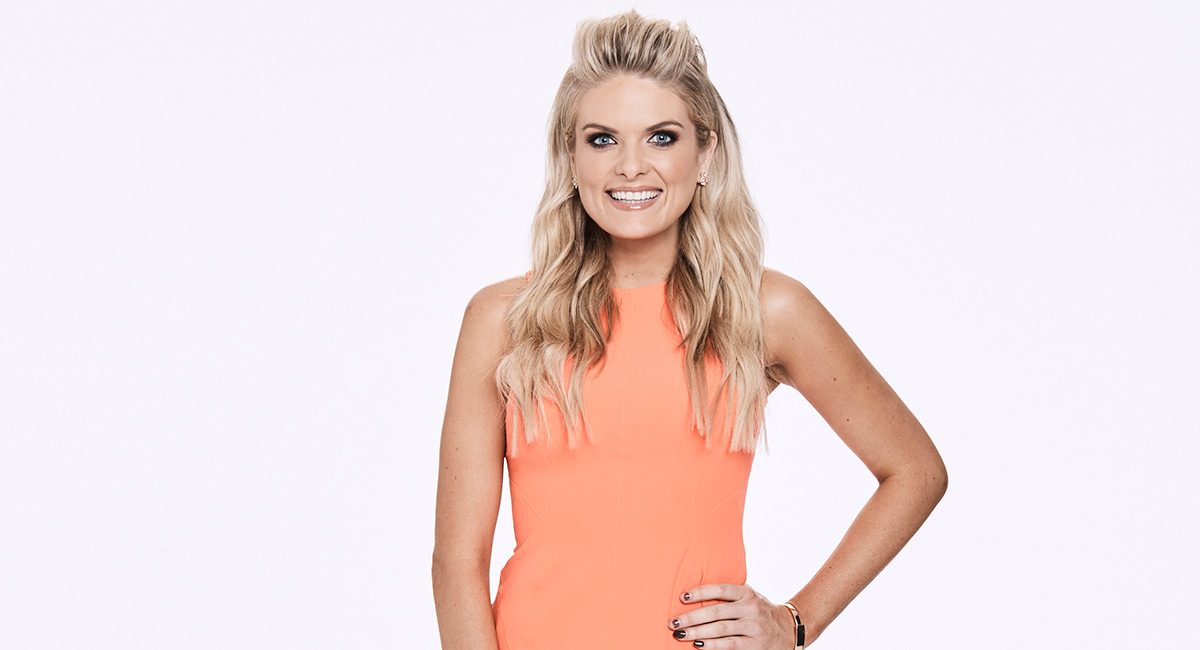 Nobody from Netflix has been to jail, and that’s kind of surprising

Finishing the final page of No Rules Rules – Netflix and the Culture of Reinvention, a new business leadership book by Reed Hastings, I was surprised nobody at Netflix has ever gone to jail, reports The AFR’s Max Mason.

That’s not to suggest anyone at Netflix has done anything illegal.

But the fact that the executive suite regularly shares detailed financial information, strategy documents and upcoming executive appointments – including making Ted Sarandos co-chief executive in July – with the top 700 employees before it tells the sharemarket and investors, and that hasn’t led to a single leak in Netflix’ 18 years as a listed company, which could also lead to trading on that confidential information, seemed like a radical idea.

Instead of an autobiography of Hastings, or a history of Netflix (which no doubt would be incredibly well read), the book is based on the culture Hastings has sought to establish at Netflix, which is worth more than $US220 billion ($309.5 billion).

Hastings, 60, was planning to tour Australia to promote his book, which he wrote with INSEAD Business school professor Erin Meyer. But COVID-19 put an end to those plans.

Two weeks ago, The AFR Angus Grigg, also looked at the Sarandos book, but didn’t get very far with it:

Hastings put out his corporate philosophy in early September in the form of a 343-page book of such piercing insights the Nobel committee will surely feel compelled to offer a new prize in management theory.

Its title, No Rules Rules, sounds more like a comeback album from Vanilla Ice, and from the reviews I’ve read has about as much depth – I couldn’t bring myself to actually read the thing.

Nine Entertainment’s streaming service Stan has been a topic of conversation in media circles of late, and now it appears analysts at Morgan Stanley have become part of the discussion, reported The Australian’s Bridget Carter yesterday.

While no sale or initial public offerings plans for Stan are currently said to be on the table, one theory currently circling in the market is that its media owner Nine may look to sell down part of the business in the future.

This could be through a float or an IPO, where Nine capitalises on the current booming conditions for movie and television content streaming providers amid the COVID-19 pandemic.

Senior reporters Jonathan Shapiro and Carrie LaFrenz won the major award, after also picking up the Personal & Consumer award for their coverage of issues associated with the US investment arm of Australian wealth management group Evans Dixon.

Media and marketing editor Max Mason won the Digital Disruption & Technology category for his extensive coverage of the impact of Big Tech on traditional media. including the associated regulatory issues.

The Daily Mail has hit back ferociously at Erin Molan’s defamation lawsuit, raking through several years of rugby league podcasts in a bid to prove in court that the sports presenter is racist, reports News Corp’s Lane Sainty.

Among the comments the media outlet has plucked from 2GB’s Continuous Call Team archive and quoted in its defence are Molan saying “You like raw feesh?”, “Pick up your chopsticks” and “I wuv you wery long time”.

Molan’s lawyer told NCA NewsWire in a statement: “Ms Molan has commenced proceedings in the Federal Court of Australia for defamatory allegations made about her by the Daily Mail.

“Those allegations, now repeated by the Daily Mail in its defence, are denied. It would be inappropriate to comment further as the matter is before the court.”

The matter is due for a first court hearing on Friday.

The Nine Network has lost its bid to reduce a $3.6m damages payout to a wealthy Queensland family defamed in a report about the fatal Grantham floods in 2011, reported AAP this week.

The Toowoomba-based Wagner brothers were defamed by a 60 Minutes report from May 2015 that incorrectly insinuated they were responsible for the destruction of the town and deaths of 12 people.

They argued the report insinuated the collapse of a wall at a Lockyer Valley quarry they owned caused the “man-made catastrophe”.

The report, entitled The Missing Hour, described the wall of water that fatally swept through Grantham as an “inland tsunami”.

Nine’s lawyer, Sandy Dawson SC, argued Justice Peter Applegarth erred when he calculated the payout to the brothers and his client should pay a much lower figure.

In a decision handed down on Tuesday, the court of appeal determined Justice Applegarth made “appropriate orders” and declined to reassess the payout amount. 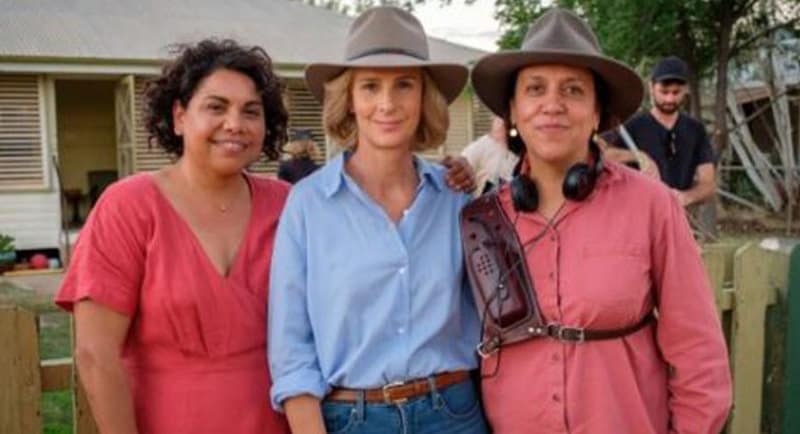 ABC ME series And Then Something Changed, produced by Sticky Pictures as part of the DisRupted funding program to support Australian creatives with disability, won the MIPCOM Diversify TV Excellence Award in the Kids’ Programming category, beating UK program Pablo and Canadian program Lockdown.

The ABC series were the only Australian winners of the annual MIPCOM Diversify Awards, announced in Paris overnight, which recognise outstanding television programs that create more opportunities for diverse talent and demonstrate the positive impact of diversity across the global media landscape.

Darren Dale, managing director and producer at Blackfella Films, said: “Blackfella Films has always championed Indigenous voices and fought to have more inclusive stories on our screens, so this award is a wonderful affirmation of all we have aspired to.

“Deborah Mailman is a powerhouse actor and the combination of her extraordinary gifts and Rachel Griffiths’ brilliance made a thrilling drama where overt notions of diversity and inclusion became irrelevant, because they were simply intrinsic to the power of the story. And that is where we all want to be.”

Donna Andrews, CEO of Sticky Pictures, said: “Sticky Pictures is thrilled to win this MIPCOM Diversify TV Excellence Award. We are incredibly proud of this film and the wonderful team behind it, with special thanks to producer Eliza Hull, director Keiran Watson-Bonnice and our young, very talented star Theo Watson-Bonnice.”

Rugby Australia could make a decision on its broadcast partner by the end of the week following a tightly contested battle between incumbent rights holder Foxtel and Nine, reports The AFR’s Max Mason.

Sources told The Australian Financial Review that discussions with both Nine and Foxtel were well advanced, and both were still, separately, going back and forth on various items.

They said Rugby Australia could decide by the end of the week, having held a series of meetings with Nine and Foxtel executives over the past week.

Rugby Australia is believed to be weighing up a slightly lower bid from Nine, but broader reach across its free-to-air network and subscription video on-demand service Stan.

A deal with Nine would give Rugby Australia the free-to-air coverage it has longed for, with one Super Rugby match likely on a Saturday each week of the season.

The AFL has decided to part company with Rio Tinto, a sponsor of the league’s Indigenous pathway programs, over the mining giant’s destruction of a 46,000-year-old Indigenous sacred site in the Pilbara, reports The Age’s Jake Niall.

The AFL decision to end the partnership with Rio Tinto – which funds three Indigenous football programs and contributes sponsorship as well – had to be ratified by the AFL commission this week, but is a fait accompli after careful consideration by AFL boss Gillon McLachlan and his executives.

The AFL was subject to criticism for the partnership with the mining giant, which blew up the site at Juukan Gorge, Western Australia, to access iron ore, in an event that upset the traditional owners, prompted a Senate inquiry and saw three Rio Tinto executives resign, including the chief executive.