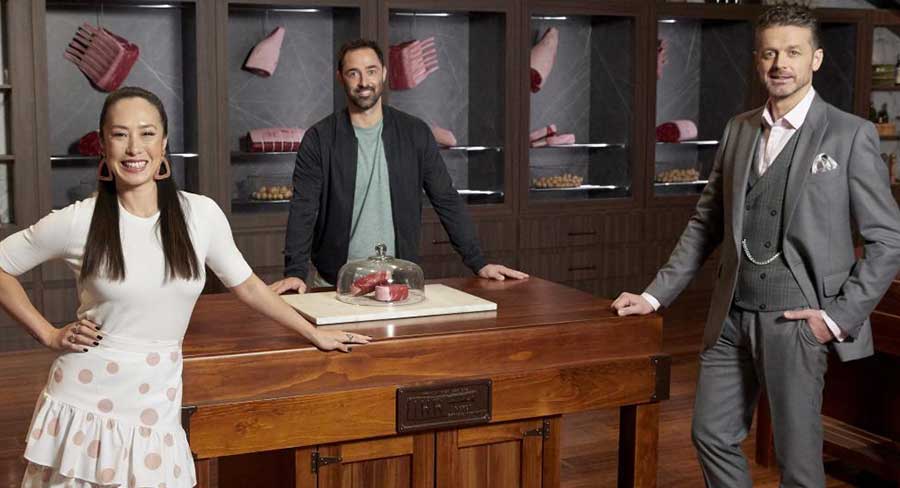 Screen Queensland has announced the new SQ Completion Fund providing grants of up to $50,000 to help independent Queensland producers complete high-quality long-form productions that are at rough-cut stage, including feature films, documentaries or broadcast television series.

Kylie Munnich, Screen Queensland CEO, said the fund would support productions and teams that had not already received investment from the agency, and maximise the impact of the $3.3 million COVID-19 support package to ensure Queensland-made screen content entered the marketplace quickly. 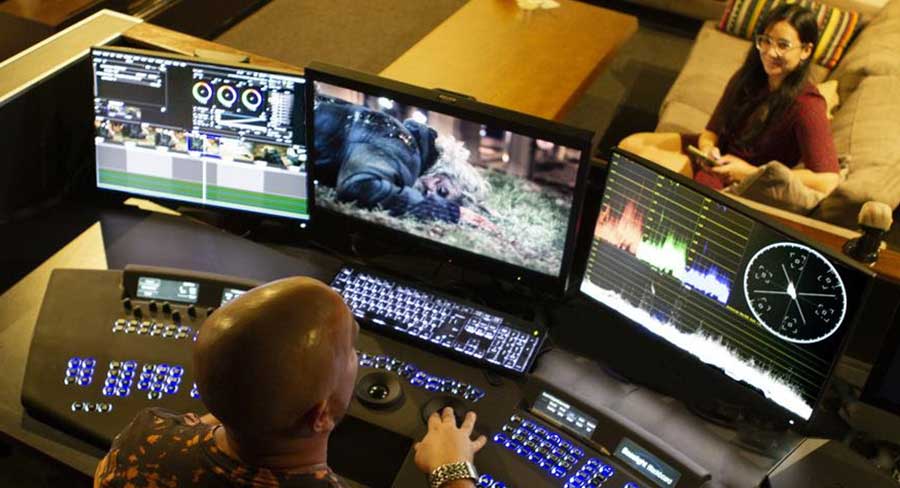 “The SQ Completion Fund is designed to support compelling screen content that can move quickly through post-production, excite the marketplace, and meet audience demands for fresh, new content,” Munnich said.

“We are also proud to support those courageous independent creative teams who have backed themselves and shown initiative, tenacity and resilience to produce long-form screen content on their own. We want to help them capitalise on opportunities available right now, to be the first to market with exciting screen content,” Munnich added.

Applicants are encouraged to work with an experienced Queensland producer and outline a clear strategy to complete their production, gain marketplace interest and attract an audience.

Funding can be used on a range of flexible activities aligned to the strategic requirements of each project such as local post-production services, sound mix, music licensing, graphics, visual effects, animation and marketing.

The company was out looking for $NZ157.2 million ($146 million) on Thursday morning through a 2.83-for-one non-renounceable pro-rata entitlement offer and an institutional placement, according to terms sent to funds.

The entitlement offer would raise $NZ148.1 million and the placement would net the balance. Funds were told that both parts of the deal were underwritten by joint lead managers Goldman Sachs New Zealand and Forsyth Barr.

Committed arts philanthropist Kerr Neilson and daughter Paris have pledged conditional financial support to Carriageworks in a gesture that could see it lifted out of voluntary administration, reports The Sydney Morning Herald’s Linda Morris.

“We have pledged a reasonable amount once the lease is renewed and the operation is reorganised,” Neilson told The Sydney Morning Herald.

The Neilsons are one of several philanthropists to have come forward to offer a potential lifeline to the Eveleigh-based arts organisation after the board called in administrators KPMG on May 4 due to a catastrophic collapse in revenue following coronavirus shutdowns.

The most generous donor is believed to be board director, major art collector and philanthropist Geoff Ainsworth and partner Johanna Featherstone. The Ainsworth family was a major contributor to the Art Gallery of NSW expansion Sydney Modern.

Carriageworks owes more than $2 million to 225 creditors, including arts companies and suppliers, according to documents filed with ASIC.

Creditors were told that the organisation had generated revenue of $11 million in 2019 with 75 per cent of its income from external events and programs.

Ray White TRG principal Gavin Rubinstein and colleague Oliver Lavers have won the plumb listing of the five-bedroom, four-bathroom home with sweeping harbour views and large pool at 66 Cambridge Ave, which has a price guide of $6.75 million.

Rubinstein has sold several other homes in the street for strong prices, including that of radio host Jackie O for $6.675 million on March 27, just days after the coronavirus lockdown took effect.

Mann left his post as CEO of XYZ Networks when it was fully absorbed by Foxtel in 2012 to join Liberty Global, which is the world’s largest TV and broadband company. He’s currently the firm’s chief content officer.

Print sales for the UK’s biggest national newspapers slumped by as much as 39% last month, as the coronavirus lockdown shut high streets and kept the nation at home, reports The Guardian.

The Financial Times and the i newspaper reported the biggest decline in circulation, down 39% and 38%, respectively. The decline of circulation of the i was exacerbated by the cessation of the distribution of bulks, free copies, to locations including airports, gyms and railway stations.

Many paid-for national titles proved remarkably resilient, with declines not as steep as many in the industry had feared, as publishers launched initiatives such as home delivery to keep getting print copies into readers’ hands.

The Sunday tabloid and mid-market titles proved to be the best performers, with the Mail on Sunday, the Daily Star Sunday, Sunday Express, Sunday Mirror and the Sunday People holding declines to between 12% and 14%.

Earlier on Thursday, the Audit Bureau of Circulations, which publishes the figures, said it was to stop issuing the monthly public report of print newspaper circulation after 33 years.

UK national newspapers no longer have to make their print circulations public through auditors ABC from today, which means we may never get the full picture of the impact of coronavirus on newspaper sales.

News UK, publisher of the Sun and Times titles, has opted to make its circulation figures private – only agencies who have signed a confidentiality agreement can see them.

It is the only major news publisher to have chosen this approach so far.

The Telegraph pulled out of ABC reporting at the start of this year saying it was no longer a “key metric”. Publishers are increasingly looking to subscriptions and other metrics to measure success in the digital age.

News UK has said it is focusing on the total brand reach figure provided by audience measurement company PamCo, which replaced the National Readership Survey in 2018.

After a tumultuous 35-year career on Sydney’s airwaves, Alan Jones‘ retirement announcement last week was welcomed by his critics, lamented by his ardent listeners and greeted with relief by those who have felt his wrath, comments a Sydney Moring Herald editorial.

The broadcast regulator was asked to rule on Jones’ misogynistic on-air attack of New Zealand Prime Minister Jacinda Ardern. In the tirade, he urged Prime Minister Scott Morrison to “shove a sock down her throat”, “get tough with a few backhanders” and “go for her throat”.

To his credit, Mr Morrison expressed disappointment at Jones’ comments about Ms Ardern.

But he and many of his cabinet colleagues continued to go on his radio show, as did their state counterparts, presumably believing it was impossible to succeed unless they kowtowed to Mr Jones.

It is a sad condemnation of our political system that for so long those in power tried to curry his favour and for the most part, declined to call out his missteps.

Kyle Sandilands is set to break down in tears as he appears to reveal to his longtime co-host Jackie ‘O’ Henderson that he has been secretly battling a “serious” health issue, reports news.com.au’s Bronte Coy.

The duo, who are Australia’s top radio earners as The Kyle and Jackie O Show, sat down with Kyle’s close friend Karl Stefanovic for an in-depth 60 Minutes interview, which will air this Sunday.

In a new promo released ahead of the chat, the shock jock becomes visibly emotional as he appears to deliver a bombshell about his health.

“I love you and it’s been wonderful,” he begins, looking at Jackie O. “(But) there’s a condition I’ve been diagnosed with that I haven’t spoken to anyone about.”

Jackie O can then be seen wiping away tears as she braces herself for his confession.

The preview ends there, so it’s unclear what Kyle is referring to – or if he’s being serious.

MasterChef judge Melissa Leong had her fingers, toes, eyes and everything crossed that they would be able to finish the season of the popular 10 cooking show, reports News Corp’s Lisa Woolford.

Leong and fellow new judges Andy Allen and Jock Zonfrillo were barely halfway through filming the Back to Win series as COVID-19 started to really make its presence felt in Australia.

Fortunately adopting strict new conditions, including judges not eating from the same plate, more space between the contestant’s benches and dedicated hand washing stations, separate from any food preparation, meant the show could continue.

Viewers will see the new-look MasterChef episodes from Monday.

Leong said strict hygiene had always been top of mind on the food show.

“That bit was easy,” she says. “The hardest things are with the social distancing. MasterChef as you know and love is a deeply emotional show. Moments happen where you want to hug or high five someone. Even just giving a reassuring pat on the back becomes difficult when you can’t be within 1.5m of people.”

It’s a strong reaction to the new sketch comedy, which is trying to find the lighter side of the current pandemic.

Henderson is a former presenter for 10 News, The 7:30 Report, The Investigators and Australia’s Most Wanted. Her view is arguably at odds with the government’s own position of supporting local content during this crisis (although it has also been criticised for lack of supporting the arts).

Producer Dan Ilic has responded to a question about just how many staff are employed on the show at a time when many artists are out of work.

“People who wouldn’t be employed if not for this show is about 35+. Approx. 40 contributors who mostly normally work in live entertainment. We beat most commercial networks on our debut. I’d say we’re doing pretty well.”

“Little did we know Neighbours has pretty much paved the way”

Neighbours star Stefan Dennis has detailed how the 10 Peach drama is succeeding with its model of filming under COVID-19 restrictions, reports TV Tonight.

Since the Fremantle drama signalled a return it has won praise from around the world.

“It’s really weird. On the one hand it’s fantastic, because we’ve got the opportunity to go back to work. And little did we know the production of Neighbours has pretty much paved the way with this blueprinted model that we’re doing now,” he told UK show This Morning.

“I have to say it’s working, it’s actually working,” he added, comparing it to “walking into a surgery” with crew members wearing rubber gloves, masks and gowns.

“Obviously we have to keep the one-and-a-half metre distance rule, that is extremely strict,” Stefan continued. “What we have done is we’ve actually broken the studios up into four groups, four teams, which are all colour-coded.

“If you’re in team A as opposed to team B, we cannot cross over. That’s really weird, because when my son was working a few weeks ago, he was at work and I was at work, and I couldn’t even see him. It wasn’t that I wasn’t working with him, I couldn’t see him as he was on one side of the building and I was on the other.”

Ricky Stuart says he won’t be backing away from his explosive attack on Channel 9 over the lack of free-to-air games given to Canberra in the revised NRL draw, reports News Corp’s Paul Crawley.

A furious Stuart went to war with Nine on Thursday when he told The Daily Telegraph that “Channel 9 doesn’t like the Canberra Raiders” – and he even questioned if the game’s host broadcaster “like rugby league”.

But in a small win for the Raiders, the NRL has now agreed to fly them on a chartered flight direct to Bankstown Airport for so-called “home” games at Campbelltown.

It will still mean the Raiders have the longest travel time to home games of any team, but at least this does cut back on the six-hour round road trip it would have taken by bus.

The Raiders have been told the reason they can’t play in Canberra is due to biosecurity measures, although there is a conspiracy theory that it is also a lot cheaper not to have to send the TV trucks and the circus that goes with it to Canberra.