Seven West Media chief executive James Warburton has taken the axe to staff across multiple divisions at the free-to-air broadcaster in a move that will help save the network more than $20 million, report The Sydney Morning Herald’s Jennifer Duke and Andrew Hornery.

Well-placed sources within the network said as many as 160 jobs will be shed, including the entire publicity teams in Melbourne, Adelaide and Brisbane.

The restructure and cuts will mainly affect those in the television division, including current affairs show Sunday Night – which has been axed after more than a decade on air.

Publicity departments across the country will be cut and concentrated into Sydney, with several sources calculating the redundancies to be around 100. Seven had not confirmed nor denied this figure.

Seven sacks 38 as sun sets on Sunday Night: Tough day at the office

As many as 38 reporters, producers and editors at the program were given their marching orders on Wednesday as Seven moved to arrest a slide in its overall ratings lead over the Nine Network, and restructure its own network, including management changes, reports The Australian’s Andrew White.

Host Mel Doyle is safe – and very much part of Seven’s plans for next year – as the network shields its on-air stars from untold redundancies elsewhere.

“We are very hopeful of being able to continue in the genre in some shape or form next year,” Seven head of news Craig McPherson said.

The one-on-one meetings he held with staff to break the news made Wednesday “one of the hardest days I have had in the job”, he told The Australian.

About 20 staff from the program gathered on the rooftop of the Hyde Park House pub in Sydney’s Darlinghurst on Wednesday night.

Amongst the retrenchments today from Seven’s internal restructure are publicity teams based outside of Sydney, reports TV Tonight.

Publicity staff in Melbourne, Brisbane and Adelaide were given bad news today with Seven sources confirming these will be centralised from Sydney. This includes five in Melbourne plus one each in Adelaide and Brisbane.

While shoots can draw upon a unit publicist there are still relationships and bookings to be liaised on a daily basis with journalists, radio and events in both community and corporate.

Having dealt with the Seven Melbourne team across many years I am personally indebted for their great work.

Wilson Asset Management chairman Geoff Wilson has ramped up his campaign for a higher offer for Macquarie Media, accusing Nine of “selective non-disclosure” in its bid to secure the radio broadcaster, The AFR’s Max Mason.

Wilson wrote to Nine chief executive Hugh Marks on Wednesday in a letter obtained by The Australian Financial Review.

When the deal was made public in August, more than $10 million in synergies were announced.

“Disappointingly, your Bidders Statement omits all disclosures in relation to material synergies on offer to Nine, including the material revenue synergies available as part of the Offer, to the detriment of MRN minority shareholders,” Wilson wrote.

Chances are you first came across Chelsea Handler on her show Chelsea Lately, a TV show that ran for a very healthy 161 episodes from 2007, reports News Corp’s Mikey Cahill.

Right off the bat the 44-year-old US comedian, actor, writer, producer and activist gives us the scoop on her next small screen, big-deal project as she recounts the last 12 hours of her life.

“What’s today, God, is it Monday? I got up and worked out for an hour then I had new rugs delivered to my house then I had a production meeting with a writer about a development deal I have with Universal for my memoir, Life Will Be the Death Of Me, then I recorded a podcast.

“Universal optioned the rights on it so we were meeting to develop a TV show.”

Life Will Be The Death Of Me is the name of her stand-up tour of Australia and was Handler’s sixth New York Times Bestselling Book.

“This is the first stand-up tour where I get up and tell stories.

“In previous shows I got up and told jokes. This show talks about my state of mind before I went into therapy and all the ways I screwed up while I was in therapy and all those improvements while you’re trying to be a better person.

“I once ran into the Fox News lounge at the airport and confronted anybody that voted for Donald Trump.”

Fetch TV and BBC Studios Australia and New Zealand (ANZ) has announced the addition of two new channels to the Fetch platform, with a market leading six BBC channels covered under their agreement.

Fetch TV will be a launch partner for BBC Earth on October 10th and will be the exclusive Australian launch partner for a BBC Brit Virtual Channel on November 1st. The deal also includes renewal of BBC First, BBC UKTV, CBeebies, and BBC World News on Fetch, as well as expanded video-on-demand rights including all available prior seasons (S2-26) and episodes of Top Gear, totalling over 300 hours.

BBC Brit will be presented by Fetch in the innovative Virtual Playlist Channel (VPC) format. Subscribers can use the BBC Brit scheduled listing in the TV Guide to discover and access shows that automatically play from the start of the episode, or they can go to a branded BBC Brit on-demand area and choose from a multitude of shows and episodes.  The Virtual Playlist format has proven enormously popular on Fetch, with eight now available including four Free-to-Air VPC’s. 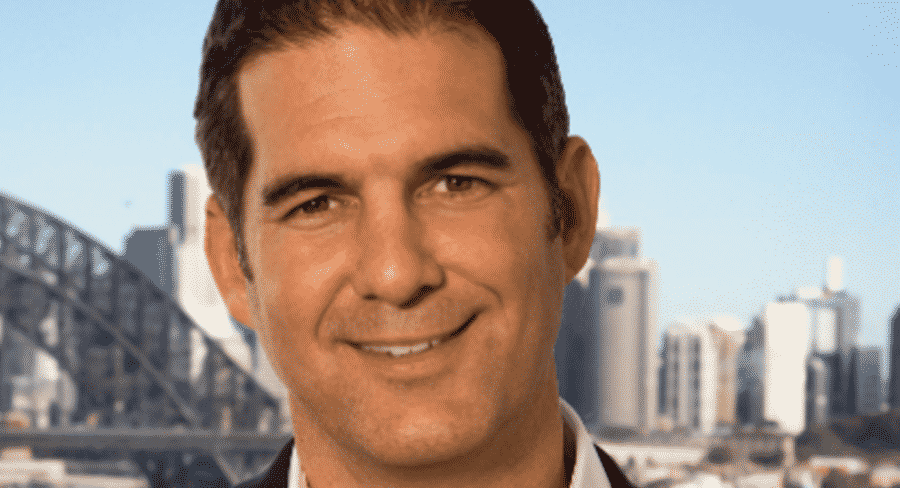 Scott Lorson, CEO of Fetch TV, said: “We are delighted to expand our partnership with the BBC, and to introduce two great new channels to the Fetch line up – BBC Earth and BBC Brit. The BBC produces some of the highest quality programming in the world and attracts an extremely loyal and passionate fan base. We are excited to give Fetch subscribers access to even more of the programs that they love, and with great flexibility in how they can be watched. With a market leading six BBC channels plus European football on Optus Sport, Fetch is the obvious choice for fans of great British entertainment.”

Jon Penn, managing director of BBC Studios ANZ, said: “We are very excited to expand our partnership with Fetch. Since the inception of the partnership in 2015, Fetch has been a key part of the growth story for our world-leading BBC channels in Australia. We look forward to offering Fetch subscribers six premium BBC channels, including the exclusive launch of BBC Brit for the first time in Australia.”

Vale Sunday Night, the rival that took the fight to 60 Minutes

Seven’s decision to axe its flagship current affairs show Sunday Night after almost 11 years on air came as new CEO James Warburton battled to sweep the red ink from the floor following a worse-than-expected financial result, with a promise of more pain to come in 2020, reports The Age’s Karl Quinn.

More particularly, it followed a decline in the show’s ratings performance in a year in which its arch-rival 60 Minutes on Nine had won all but two weeks.

The show that was created with a specific brief to put a dent in Nine’s flagship hasn’t always played second fiddle though; in its first four years it averaged more viewers each week than 60 Minutes in the official ratings periods (Nine’s show has been ahead on that measure each year since 2013).

Despite the intense rivalry, there have been moments during Sunday Night‘s life when it was difficult to tell it apart from its nemesis.

Both relied on a mix of true-crime, health and celebrity stories to drive ratings. Seven’s show was launched with former 60 Minutes stalwart Mike Munro in the host’s chair; a bunch of former 60 Minutes staffers moved across to Seven in the wake of the Beirut kidnapping affair that caused such humiliation to Nine; and each show occasionally stooped to running stories “inspired by” the work of the other.

Justin Smith: Why Kyle’s critics are making a big mistake

This week, the boorish radio host was forced into an apology, after being hunted by religious-types for his comments about the mother of Jesus.

They abused him, threatened his life, and protested outside his studio, until he yielded with an uncharacteristic backdown.

Frankly, I don’t think he had much to be sorry about – apart from being lame and being predictably offensive with his language.

Frankly, to me, Sandilands is as entertaining as a six-hour Japanese opera, and you only have to listen to him for two minutes to know that it’s his job to stir people with naughty words, and it’s his co-host’s job to say things like “Oh, you can’t say that, Kyle!”

But he has plenty of listeners who think otherwise and hang off his every word despite his faults. A bit like religion. So good luck to him on his success.

But the protesters who seemed determined to be offended are making two mistakes. First, they’re following something on faith alone, and second, they are taking Sandilands seriously.

Louise Roberts: Why I want my daughter to idolise Erin Molan

I would rather it was the Erin Molans of this world calling the shots, rather than a familiar parade of high profile women defining themselves by victimhood and bleating about how life is so unfair – because they are female, writes the executive editor of Daily Telegraph opinions Louise Roberts.

And this is why.

When an internet troll gleefully told Molan that he hoped the TV host would die giving birth, it became a new metric for bravery.

Molan helped police locate and prosecute the monstrously sick individual who tapped out hatred to the young mum.

But never ‘poor me’.

Molan dealt with this creep, one of the many impotent sickos crawling through the fringes of her life.

The 36-year-old reporter also told News Corp journalist Jessica Halloran: “I am used to copping nasty comments, I am not a snowflake.”