Plus oOh!media and Foxtel

The freeze has been partially offset by a $33m package for the screen sector and a $7.6m package over four years to assist SBS in providing enhanced language services, both of which were announced earlier this year, as well as the $44m “Guaranteeing Australia’s Public Broadcasters” package announced in last year’s budget, which runs for three years from 2019-20 and provides supplementary funding for the ABC and SBS.

The Village Roadshow roller coaster may have more twists and turns

The funds manager also has hired lawyers in an attempt to get the Australian Securities and Investment Commission to step in.

On Tuesday, Mittleman Brothers – which has made clear it does not believe the offer price, even before the COVID-19 pandemic, was high enough – increased its shareholding to 10.1 per cent, up from 8.5 per cent, making it the largest independent shareholder in Village Roadshow.

oOh!media is helping four Swinburne University students save young road users’ lives, by promoting their animated road safety campaign across its digital billboards and other signage in Melbourne.

The campaign has just gone live across roadside, retail, bus shelter and café locations as Melbourne’s lockdown measures start to ease. It is the result of behaviour change program Re:act, which challenges university students to come up with ideas to raise road safety awareness among adults aged 18 to 25. This demographic is almost twice as likely to be killed in traffic accidents than their parents, according to data from Australian Roads. 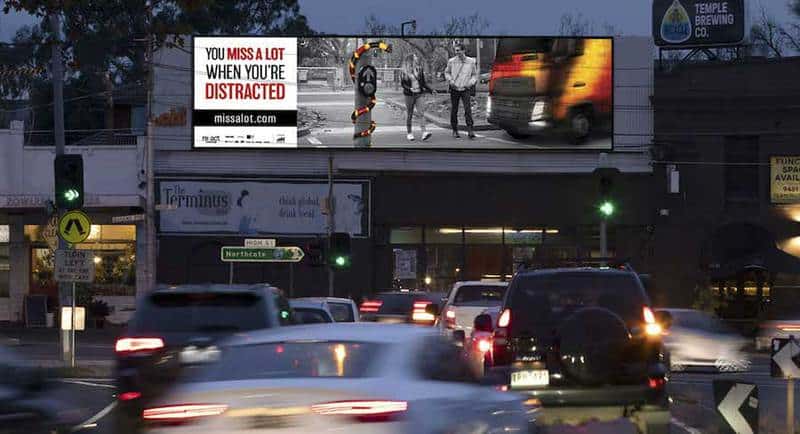 The ‘You miss a lot when you’re distracted’ campaign was devised by students Laura Hughes, Caitlin Xavier, Stephanie Powell and Thomas Pritchard. Their creative approach depicts vulnerable road users oblivious to the virtual presence of wild animals in the city, to highlight the topic of distraction.

Noel Cook, oOh!media’s chief commercial & operations officer, said creativity was a crucial aspect in any effective out of home campaign.

“Roadside billboards reach large numbers of drivers, but you’ve got to be quick, creative and punchy with your messaging,” he said. “The students’ campaign does just that, and we’re really proud to support them and the Re:act team – it’s a great program about a really important issue.”

The Melbourne campaign is now running after recent local campaign launches in Brisbane and Sydney over the past few months.

oOh!’s support for Re:act is part of the company’s broader approach to road safety. In conjunction with the Outdoor Media Association (OMA), oOh! is committed to working closely with governments and authorities to invest in research and make roads safer.

The ABC and Nine have been accused of failing to restrain their “tabloid instincts” while they launched a concerted effort to convince “small-minded” Australians that billionaire Chau Chak Wing had “betrayed his country” and was a Chinese spy embroiled in a UN bribery scandal, reports The Australian’s Kieran Gair.

Dr Chau is suing the ABC and Nine, the owner of The Sydney Morning Herald and The Age, in the Federal Court over a joint investigation that accused the prominent political donor of bribing a UN official and acting as a double agent for the Chinese Communist Party.

On Tuesday, Bruce McClintock, SC, for Dr Chau, said the ABC had used “hokey, sinister music” and “darkened screens” to paint the billionaire property investor as an “international man of mystery” who donated “enormous” sums of money in a bid to influence politicians.

Last year, Dr Chau also won $280,000 in damages in a separate defamation case against The Sydney Morning Herald over a 2015 article.

Foxtel subscribers to one of its sports tiers across various platforms got to see their first weekend of NRL and AFL finals across the last weekend.

Data released yesterday by Foxtel Media gives advertisers an idea of just how big those audiences are and how people are watching in 2020.

Foxtel reported that live viewing was up 17% year-on-year for the Week 1 finals. The average audiences across Foxtel platforms and Kayo was 387,000. The streaming audience watching via Go/Now/Kayo was up 123% year-on-year. 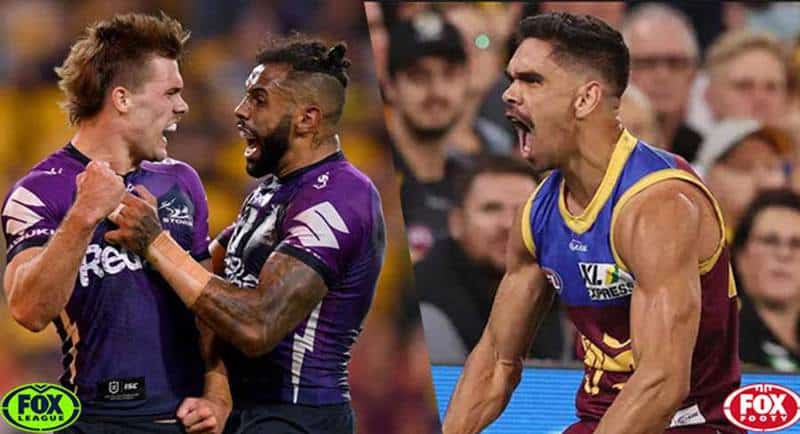 The #1 NRL match of the weekend was the Storm v Eels game with a combined Foxtel + Kayo audience of 432,000. As Mediaweek reported on the weekend, the Foxtel live audience on Fox League for that match was 336,000, meaning there was an additional streaming audience of 96,000.

The biggest match of the weekend was Friday night’s Brisbane v Richmond match with 433,000 watching on Foxtel platforms on Kayo. As Mediaweek reported on Saturday, the Foxtel live audience on Fox Footy was 309,000, indicating the streaming audience was 124,000.

Seven West Media has sought official arbitration in its bid to secure a cut in its annual fees with Cricket Australia but the sport’s governing body could call the network’s bluff and head directly to court, reports The Age’s Jon Pierik.

The network has sought an independent expert to determine the rights value of this summer’s fixture, including a four-Test series against India and the Big Bash League. As it stands, that figure is $75 million in cash plus $7 million in free advertising but Seven argues the campaign ahead, impacted by COVID-19 restrictions and the alleged scheduling demands by the Board of Control for Cricket in India, will lack the quality it had signed on for.

The last link to Channel 9’s iconic cricket commentary is set to be severed in the latest change to cricket’s broadcasting landscape, report News Corp’s Peter Lalor and Ben Horne.

News Corp can reveal that Nine Radio, owner of the defunct Macquarie Sports Radio, is set to give up its broadcast rights to Craig Hutchison’s Sports Entertainment Network, leaving cricket with one exclusive commercial radio partner and the ABC.

Under the previous arrangement, SEN and Nine combined on the one licence, so in essence Cricket Australia has not lost a partner with the shutdown of Macquarie, and in fact should increase national exposure now SEN has new stations in Sydney and Brisbane.