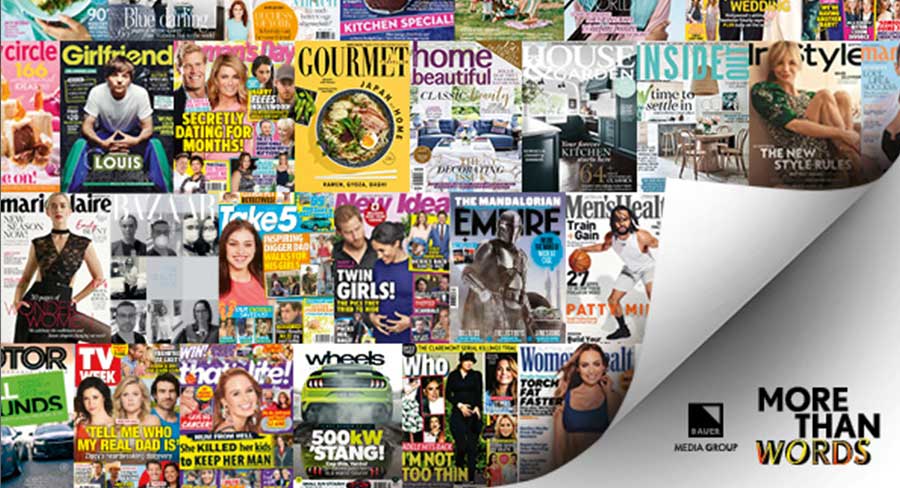 Mercury Capital, a Sydney-based private equity firm that invests in Australia and New Zealand, has agreed a deal to buy Bauer’s Australian and New Zealand business, reports Street Talk in The AFR.

Neither party has yet to confirm the transaction. It is expected that current management under chief executive Brendon Hill will initially continue to run the business. Mercury could also explore options for some of the recently closed brands in New Zealand.

Bridget Carter reported on a sale of Bauer Media in The Australian on Tuesday, with a sale possibly happening this week.

The AFR said the new owner was attracted by Bauer’s digital expansion potential and the key magazine titles, which reach nearly half of the country’s population, and will use experiences from owning NZ’s largest printing company Blue Star Group to make the most of the print side of the operations.

Street Talk reports Bauer Media originally paid $525 million for what was the ACP Magazines business, which was generating about $80 million earnings at the time, and rebranded it Bauer.

Seven provided Catalano with detailed financial information on WAN in late March-to-early April. However, talks did not progress.

Sources said Catalano and the Kerry Stokes-controlled business had discussions with a view to scale up ACM, which is a largely NSW and Victoria focused regional publishing business.

Seven dominates the media in Western Australia with the number-one TV network on the west coast, The West Australian and Sunday Times newspapers, and 19 regional newspapers and 13 community newspapers throughout the state. A sale of WAN would have dramatically changed the landscape of media in WA, which is dominated by the Stokes-controlled business.

Howcroft has extensive experience in the screen industry and just this week was revealed as the new co-host of 3AW’s #1 Melbourne breakfast show, Ross and Russ. He is the former executive general manager of Network 10 and has served on a number of boards and foundations which focus on arts and film, including the Australian Film Institute and the Screen Forever Advisory Board.

In 2016, Howcroft was the founding chair of Think TV, a collaborative initiative between Australian free-to-air and subscription television broadcasters to promote television’s scale and effectiveness for advertisers across all screens.

Howcroft was also the inaugural chief creative officer at PwC Australia. He has also served as the chairman of the Advertising Federation of Australia and chief executive officer of advertising agency George Patterson Y&R and been a regular panellist on ABC TV’s Gruen.

“We are delighted to have the brilliant Chris Oliver-Taylor join the council. He brings incredible energy and enthusiasm – and he’s going to make a really significant contribution to council and the school,” Howcroft said.

Oliver-Taylor was previously managing director of Matchbox Pictures from 2011-2018. During his tenure at Matchbox Pictures, the company commissioned The Real Housewives franchise for Foxtel, 7 Types of Ambiguity and Barracuda for the ABC, and Safe Harbour and Date My Race for SBS. Matchbox won 20 AACTA Awards, an International Emmy, nine Logies and nine Screen Producers of Australia Awards with Oliver-Taylor at the helm. Prior to joining Matchbox, he was the ABC’s head of production, with overall responsibility for the production and delivery of the entire ABC TV slate as well as the financial management, business affairs, scheduling and broadcast operations of ABC TV.

Oliver-Taylor currently sits on the boards of Film Victoria, MediaRing and the Fremantle global board.

Backbench government MPs want to strip away the powers of the Australian Communications and Media Authority to investigate and punish journalists, following its recent rulings against former radio star Alan Jones, reports The Australian’s Richard Ferguson.

ACMA last month found Jones in breach of broadcasting rules for making – what the watchdog deemed – inaccurate claims about biomass being a fossil fuel, and incorrect comparisons of Australia and New Zealand’s use of solar and wind.

The authority has long been targeted by free-speech advocates over rulings based on what it considers to be inaccurate, even if the matters considered are politically contested.

The Hey Hey It’s Saturday host is alleged to have treated Alex Mathey “appallingly” and “cruelly”.

Until recently Mathey was chief executive and group legal counsel for Somers and his wife Julie and their production company.

The statement read: “Regrettably, my relationship with the Somers has devolved into a protracted and rather nasty dispute. I consider that the Somers have treated me appallingly and, in fact, cruelly – in contravention of particular laws as well as in violation of generally accepted standards and norms of acceptable and appropriate behaviour and conduct.”

Mathey went on to state that the Somers had been “unwilling and unable to even listen to and acknowledge my concerns let alone entertain any sensible, reasonable or fair resolution to address them”.

He will give them a final opportunity to resolve their issues before taking Somers to court.

“It is unfortunate that all the various issues are likely to be ventilated, argued and fought out in the public domain because all along it has been entirely avoidable and, I think, are likely to cause significant distress and embarrassment and lasting collateral damage to all concerned,” Mathey wrote.

Somers did not respond to inquiries from the Herald Sun.

According to entertainment reporter Peter Ford, who settled his own legal fight with Somers in February, if the matter goes to court Mathey will be backed up by some Hey Hey It’s Saturday stars.

Melissa Leong is now in her second food competition series, having moved from The Chef’s Line on SBS to MasterChef Australia where she is quickly emerging as a new fan favourite, reports TV Tonight.

The 10 series is also her second in which cooks are under the griller of a ticking clock, frenzied drama and noisy intensity. Cooking competitions are successful around the world and Leong insists it makes for great TV.

“Aside from that, there is no push for them to be dramatic. They are themselves in that moment,” she tells TV Tonight.

“The kitchen gives them every single thing that they need to succeed. We are there to cheer them on. In the same way that professional kitchens run, it thrives off a huge amount of energy and action. Whatever kind of pressure is going on in the kitchen, it’s the heat of service. It’s having dockets on the path, having hungry people in the dining room waiting for their food.”

Leong was invited to join the series when she was travelling down the Mekong River in Cambodia with Aussie chef David Thompson. But the seasoned food writer was firm with producers that she would not be modifying her style. That suited them to a tee.

“It’s just been a very fluid conversation where they’ve always let me be me. That was something that I wanted to make a point of right from the beginning,” she insists.

“Endemol are wonderfully supportive and they’re masters in this business. So they of course, knew what I would be like and they said ‘That’s exactly why you’re here. We want you to be yourself.’”

The reception to the new team, with fellow judges Jock Zonfrillo and Andy Allen, has been a dream. The newbies were cleverly introduced by Gordon Ramsay and the familiarity of returning contestants. At 12 seasons, MasterChef shows no signs of slowing down.

Cricket Australia will follow through with a major internal restructure despite chairman Earl Eddings insisting there is no reason why Seven West Media and Foxtel should not pay their full broadcast rights fees this summer, reports The Age’s Jon Pierik.

Seven and Foxtel are due to make their next major payment on September 16, the third year of their record $1.18 billion agreement, which underpins the sport. Foxtel pays about $110 million, including cash and contra, annually while Seven pays about $82 million annually in cash and contra over three instalments.

The manner in which CA has handled the COVID-19 crisis has led to the demise of chief executive Kevin Roberts, who had predicted a write-down of about $200 million in revenue this summer.

That will culminate in mass redundancies of CA staff on Wednesday, but the frustration of those who have been stood down or had to accept 80 per cent pay cuts in recent months has only been exacerbated by CA’s declaration that it doesn’t expect Seven and Fox Sports to seek a reduction in fees.

As well as Gold Coast coach Stuart Dew and Richmond president Peggy O’Neal, cameras will track the six individuals through their every move in 2020 to bring fans unprecedented behind-the-scenes insight.

Filming started ahead of the 2020 season and continued during the COVID-19 shutdown, while filmmakers have been granted special access for the restricted season restart.

Such is the access, cameramen were spotted in the GWS rooms tracking Coniglio in round one, and at the Crows’ quarter-time address during the Showdown capitulation against Port Adelaide on Saturday.

The series on the six AFL figures follows the success of Amazon’s project on the Australian cricket team, The Test.

“We are thrilled to be adding another Australian Amazon Original to our growing lineup for Prime members in Australia and around the world,” vice president of International Originals at Amazon Studios James Farrell said.

The AFL series will be produced by JAM TV Australia in conjunction with the AFL and Den of Martians and be available for members on Prime Video across more than 200 countries from next year.