SWM said it will derive $87m in net benefits over the existing contract period (2020-2022) in media rights reduction, production savings and other benefits.

SWM managing director and CEO James Warburton said: “We can’t wait to bring the Footy back to the fans. The AFL and Seven are a core part of each other’s DNA, and we are delighted to have not only reached a revised agreement for the current contract term, but to have extended our relationship for a further two seasons taking the agreement through until the end of 2024. I’d like to thank AFL CEO Gillon McLachlan and the AFL Commission for their commitment which gives certainty to both parties over the next five years.”

One of the A-League’s longest-standing owners has called for this season to be declared over if a deal can’t be struck with Fox Sports to show the remaining games, reports News Corp’s Tom Smithies.

Perth owner Tony Sage said he thought a compromise would be found with the broadcaster, but said if not it would be “nonsense” to spend millions of dollars on a competition that “99.9% of people” wouldn’t see.

Sage’s view, which News Corp Australia understands is shared by at least one other owner, is at odds with Football Federation Australia’s determination to play all the games come what may – not least to keep FFA’s side of its broadcast contract.

With talks between FFA and Fox Sports still ongoing over both the plans to finish this season and the broadcaster’s contract for $57m a year to show the next three campaigns, the clubs believe they have to know for sure by next Tuesday if the final 32 games will be played to the schedule put forward by FFA.

The Department of Infrastructure, Transport, Regional Development and Communications has urged a change in legislation or warned the government and the Australian Communications and Media Authority to expect market failure.

Commercial television networks are required to broadcast at least 1460 hours of Australian content between 6am and midnight on their multi-channels each year.

Broadcasters, such as WIN, Prime Media and Southern Cross Austereo have failed to meet local content quotas in recent years because they rely on metro affiliates for content.

Regional broadcasters often do not take up new channels launched by their metro counterparts due to the high level of investment required versus what could actually be gained in advertising revenue.

The departments says that 12 regional or remote stations failed to comply with Australian content quotas in 2017.

The band has been a headline act on the Las Vegas Strip for 11 years with seven of those at the Sands, at the Venetian Resort.

“Though we are sad to be ending our Venetian residency, we look forward to doing what we do best – inspire, entertain and bring joy and love to our audiences through our music and live shows,” said Toby Allen, of Human Nature.

“Las Vegas has been our home for over a decade and though the world is in the middle of massive change, we are excited about the future and are confident that we will all get through this together and embrace what will become our ‘new normal’ – whatever that may be right now.”

Adam Steck, of SPI Entertainment, which produces their show, said: “We look forward to the next endeavour with this amazing group here in Las Vegas.”

The former boy band, which formed while in high school in Sydney, plans to tour Australia in 2021.

YouTube CEO Susan Wojcicki (pictured) has announced overnight a multi-year US$100 million fund dedicated to amplifying and developing the voices of Black creators and artists and their stories:

We have always been proud that we are a platform that celebrates a broad and diverse set of voices. And we have implemented many policies and product features to protect our communities. 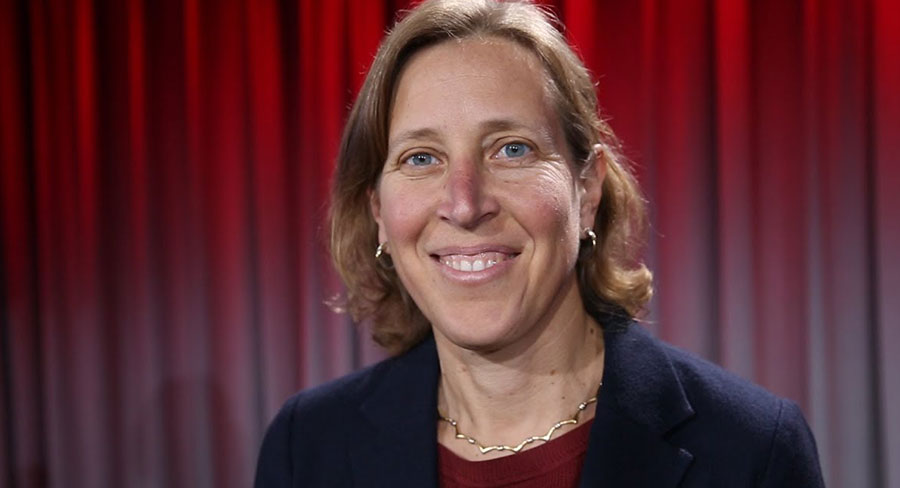 But we recognise we need to do more, in particular with the Black community.

One example of the type of content we’d like to elevate on the platform will premiere this Saturday, June 13. We’ll host a live stream fundraising event produced by YouTube Originals (YTO), “Bear Witness, Take Action.” The YTO will bring together creators, artists, influential public figures and prominent activist voices for roundtable discussions and musical performances, with donations benefiting the Equal Justice Initiative.

Through the month of June, our Spotlight channel will highlight racial justice issues, including the latest perspectives from the Black community on YouTube alongside historical content, educational videos, and protest coverage. This content showcases incredibly important stories about the centuries-long fight for equity.

Protection from hate and harassment

We’ve taken many steps over the years to help protect diverse communities from hate and harassment across the platform, including Black creators and artists. And last year, we developed more stringent hate speech and harassment policies. Our updated hate speech policy specifically bans videos alleging that a group is superior based on qualities like race, gender, religion, or sexual orientation in order to justify discrimination, segregation or exclusion.

As a result of these changes and our ongoing enforcement, last quarter alone we removed over 100,000 videos and 100 million comments for hate and harassment.

That said, we know there’s more work to do.

Sunrise to be sued for racial discrimination over Stolen Generations broadcast

Breakfast television show Sunrise will be sued for racial discrimination over a broadcast in March 2018 which featured a panellist saying of the Stolen Generations: “we need to do it again, perhaps”, reports The Sydney Morning Herald’s Georgina Mitchell.

The segment sparked protests outside Sunrise’s studio in Martin Place.

In a statement on Thursday, the group’s law firm Susan Moriarty & Associates said settlement negotiations in the AHRC “have collapsed”, forcing the complainants to sue Channel Seven, Samantha Armytage and Prue MacSween in the Federal Court.

The case is expected to include a request for an on-air apology.

Channel Seven was previously sued for defamation over the same segment, after blurred footage of a remote Aboriginal community was broadcast. Members of the community reached a confidential settlement last year.

Building on the weekly Good Food content in Sunday Life, Nine Publishing said the new monthly flip-cover special will give readers more pages of kitchen innovations, chef-inspired, eat-in recipes and reviews of the best places to eat out.

Good Food and Sunday Life will give brand partners an opportunity to connect with food-loving Australians during their lean-in weekend read. Sunday Life has a similar reader profile to Good Food and will deliver an advertiser’s message to over 470,000 readers weekly.

The Rule mob are back! Family Rules returns to NITV for third season

NITV is bringing back Family Rules for a third season on Sunday 5 July at 7:30pm.

The landmark observational documentary series, which follows Noongar mother Daniella and her daughters, will feature important milestones for the Rule family – including a new baby and Daniella’s 50th birthday.

The first two seasons of Family Rules introduced audiences to Daniella Rule and her nine vibrant, glamorous daughters. This up close and personal series, based in Western Australia, gives an exclusive insight into modern Indigenous family life through a unique family of women. 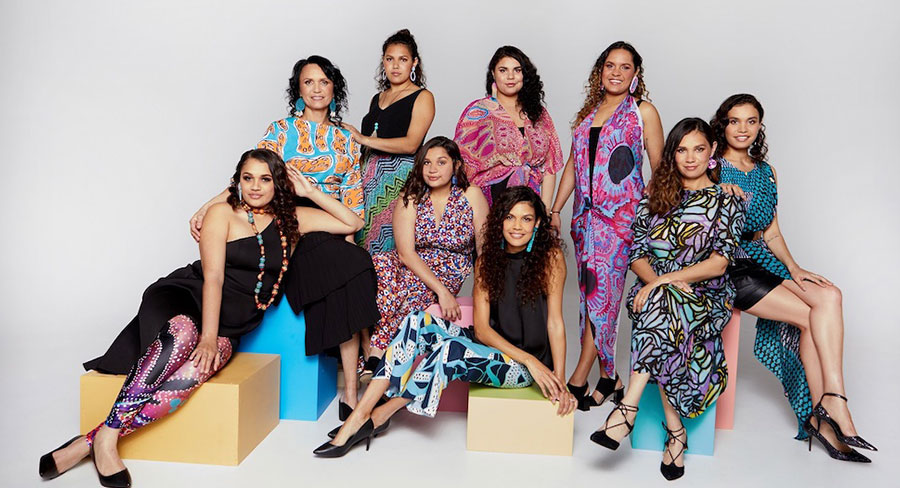 Each half-hour episode provides an insight into a different member of the family and the challenges they are facing at that time – whether that be forging a career, becoming a parent or adolescent. Daniella weaves the series together as the head of the family – sharing her journey and battles in becoming the best mum possible for her family.

Produced by Karla Hart and Renee Kennedy, the third season will include steps of independence such as Jessica’s decision to take a gap semester from her studies, and Shenika’s debate on whether to move her growing family to Bunbury.

NITV’s channel manager Tanya Orman said: “NITV can’t wait to welcome the Rule family back to our screens. When NITV launched the program three years ago, it’s safe to say there was nothing like it on television. We are immensely proud to be home to a show that depicts such strong and powerful Aboriginal women on screen.”

Family Rules season 3 is a Metamorflix and Karla Hart Enterprises production for NITV. Principal production investment from NITV, in association with Screenwest and Lotterywest. Financed with support from Screen Australia.

NITV is now airing Family Rules series one and two, Monday to Friday from 7:30pm. Previous series also available on SBS On Demand.

The ABC is undertaking a “harm and offence” audit of its past and present programming in the wake of Netflix’s decision to remove Chris Lilley‘s back catalogue from its service amid claims it is racist, reports The Age’s Karl Quinn.

“We are reviewing our content to ensure it meets current community standards and reflects our editorial policies on harm and offence,” a spokesman for the broadcaster said on Thursday.

“Community attitudes change across time and context, and we recognise that the ways in which some characters have been depicted in the past might be considered deeply objectionable or offensive today.”

Netflix has also launched a Black Lives Matter index page in the US, while removing Little Britain and The Mighty Boosh from its platform because each features a blackface character.

Stan has similarly removed Little Britain and Come Fly With Me, though at the time of writing The Mighty Boosh was still on the service.

Indigenous writer and performer Nakkiah Lui offered cautious support for moves against content that was, in the current climate, deemed to be especially offensive to people of colour. However, she warned that it could easily get out of hand.

Bestselling author and rapper Briggs was also uncertain that “deleting” offensive material was the best course of action.

“It’s hard to gauge what an appropriate response is in this climate. It feels like everything is pretty heightened,” he said.

The Chase stars Anne “The Governess” Hegerty and Mark “The Beast” Labbett are having difficulty securing visas to resume filming, reports TV Tonight.

Hegerty recently told Scottish television presenter Lorraine Kelly that she was originally meant to fly out to Australia in March.

“And then it didn’t happen,” she said. “It was suggested that I go next month.

“The thing is, those in Australia can’t get a work visa for me, they can’t get work visas for me or Mark. We’re kind of a little bit stuck at the moment. But again, we’d like to get out there as soon as we can.”

Filming on the Seven quiz recently resumed with host Andrew O’Keefe and Australian Chasers. It’s not clear if the visas are held up due to COVID-19 impact.