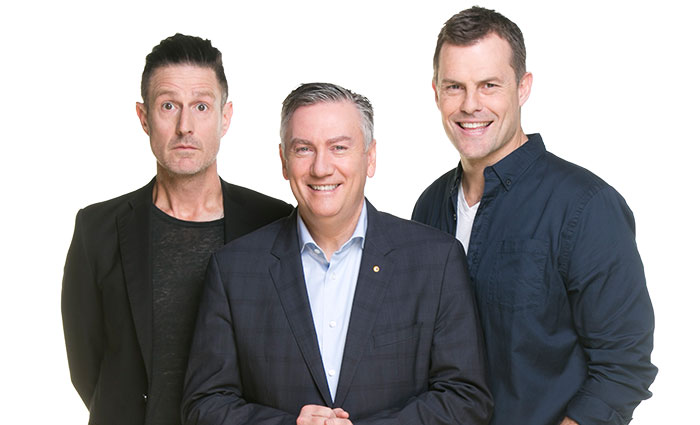 • Find out the top three Melbourne radio shows for the year

The first thing to say about this result (for those who are not sure) is that it is based on readers’ votes and not ratings. The Triple M Hot Breakfast trio of Eddie McGuire, Luke Darcy and Wil Anderson have their fans out there, but the show had a tough year in the ratings and Wil Anderson stood down at the end of the year.

There has been no official statement yet about the future, but there has been speculation that McGuire and Darcy will continue with special guests and no permanent third member.

Second place goes to Fifi, Fev & Byron who had a big year until the surprising results in the final ratings survey of the year. Given the strength of the Fox brand and the past success of this trio that survey result is likely to be a blip that will see the show back to its previous form. The share of 6.7% the show ended the year with was the lowest Fox breakfast share since survey 1, 2016 and ranked the station equal #4 FM. The good news in 2019 for Fox breakfast was the show ranked #1 FM for six of the eight surveys.

The #1 overall show in the market, 3AW’s Ross and John ranked third in our poll. Interestingly 2019 was the last full year for this duo with management deciding not to re-sign John Burns past mid-2020 after he co-hosts with long-time colleague Ross Stevenson from the Tokyo Olympics. There has been no statement yet about who Stevenson might co-host with in the future.