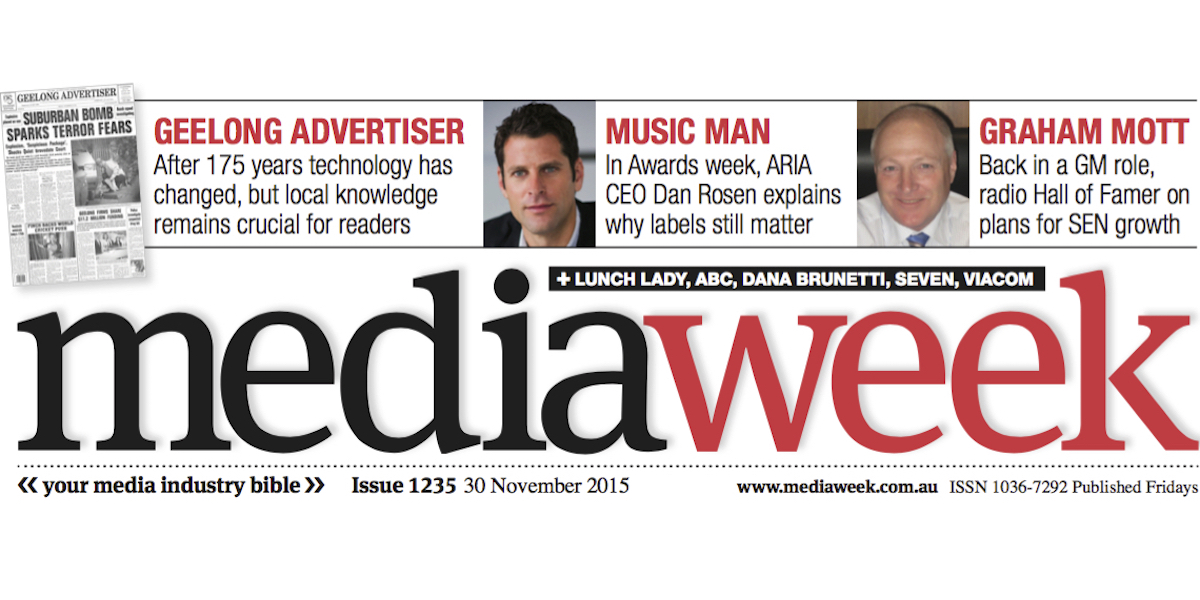 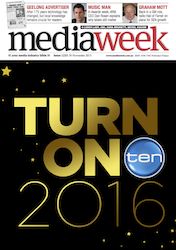 Inside the November 30 issue of Mediaweek magazine #1235

Person Of The Week
Dan Rosen, Chief Executive Officer, ARIA, explains why the record labels still matter, has a hot tip for the perfect seasonal gift to please music lovers

Inside News Brands
Victoria’s oldest newspaper turns 175 years old: Geelong Advertiser editor Nick Papps talks about the past, the present, and the economy

Inside Television #1
ABC Upfronts: director of television Richard Finlayson announces more local original commissions for 2016 and Mediaweek has highlights of the scripted and factual programming

Inside Television #2
Producer of Netflix hit House Of Cards and several Hollywood hit movies Dana Brunetti offered good advice to local producers when he spoke at this month’s Screen Forever conference: “One thing I have learned as a producer is not to meddle if you don’t need to”

Inside Digital Media
New app Nick Play allows users to interact with Nickelodeon wherever they go and also enjoy exclusive content. Plus Accedo deploying and developing video solutions for many of the world’s best-known streaming services