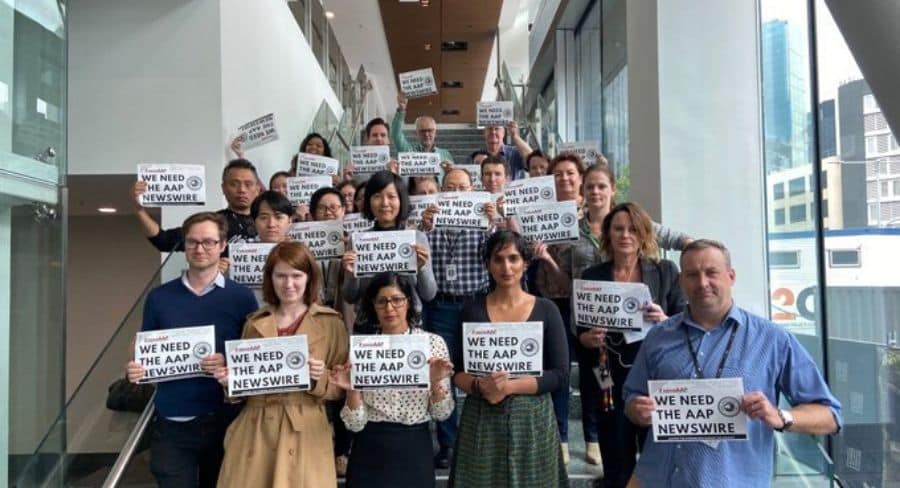 AAP set to close after 85 years: Reasons and reaction

National news agency Australian Associated Press will close its doors after 85 years in operation, with more than 180 editorial staff hit by the close of its newswire and hundreds from other parts of the company to be affected by the sales of various divisions and setting up of new businesses, reports The AFR’s Max Mason.

AAP chief executive Bruce Davidson told staff on Tuesday afternoon that the AAP newswire will be closed, and the Medianet PR business and Mediaverse analytics business will be sold.

Sources told the Financial Review that changes will affect 500 individual staff members and 100 contractors, via the shutdown of AAP newswire, the sale of Medianet and Mediaverse, and the potential setting up of a new production entity. Staff entitlements are secure, sources said.

Davidson said AAP executives had been aware of the decision to close the business for nearly three months, with the final call being made in December.

Nine and News Corp are the largest shareholders and are believed to put about $5 million and $10 million respectively into the business every year.

AAP said the decision was forced by a decline in the number of media companies paying for the service in recent years and the impact of digital platforms taking other people’s content and distributing it for free.

“When you have such an important [publisher] such as AAP coming to an end … that is a matter of real concern,” he said.

“Democracy should not be taken for granted,” he said.

“It relies upon communication of what happens in this place and the Australian public will be less informed as a result of the decision today.”

Free TV: AAP the canary in the coalmine on news sustainability

Free TV Australia has released a statement claiming the closure of Australian Associated Press (AAP) announced today was a reminder of the need for real action to address the ongoing sustainability of Australian media companies in the face of unprecedented disruption and change.

Free TV CEO, Bridget Fair said: Today’s AAP announcement is a sad reminder of the pressures that Australian media businesses currently face. The work of AAP and its journalists was highly valued by Free TV members.

This shines a big, bright light on the impact that digital giants Google and Facebook are having on Australia’s media landscape.

In response to the ACCC Digital Platforms Inquiry, the Government has required that Google and Facebook negotiate bargaining Codes of Conduct to redress the substantial power imbalance between them and Australia’s media businesses.

This also shows the urgency of reform of Australia’s archaic media regulations. It is simply not sustainable for our media businesses to continue to operate under regulations from the last century in areas such as Australian content quotas and advertising restrictions.

Today’s sad decision to close AAP only serves to emphasise that there is no time to waste in finalising both the bargaining Code and regulatory reform. The risk of Australians losing their trusted, local news services is real and it is here now.

The MEAA said the decision to close the AAP Newswire business in June and its Pagemasters sub-editing and production operation in August is a gross abandonment of responsibility by its shareholders – Australia’s major media outlets.

In a statement, MEAA calls on the investors to recognise that they cannot fulfil their duty to inform the community without delivering a solution to fill the enormous void left if AAP is not available to perform its function.

MEAA Media federal president Marcus Strom said: “There are at least 180 editorial jobs at stake – making AAP a major media operation. Any decision to abandon AAP will be devastating for our members and AAP staff and we will do all in our power to support them.

“This decision will also devastate the media industry and the communities it serves. AAP’s shareholders must realise the prospect they face should they abandon AAP. Look at the news stories, the photos, the coverage, the quotes and the enormous spectrum of excellent journalism that AAP has supplied over the past 85 years. AAP delivers news, photos and sub-editing services that the major media groups either cannot or will not.

“The decision to close the AAP Newswire business in June and its Pagemasters sub-editing and production operation in August is a gross abandonment of responsibility by its shareholders – Australia’s major media outlets. MEAA calls on the investors to recognise that they cannot fulfil their duty to inform the community without delivering a solution to fill the enormous void left if AAP is not available to perform its function.

“Bean counters at the top of media organisations might think they can soldier on without AAP, but the reality is it will leave a huge hole in news coverage. Filling those holes will fall to already overburdened newsroom journalists. Or coverage will simply cease to occur.

“AAP has also trained generations of journalists and has been an excellent start for many of Australia’s top journalists. It is reckless and short-sighted of media bosses to jettison this wonderful media institution.

MEAA is currently consulting with its members and MEAA House Committee delegates at AAP to ensure the company’s editorial staff can have maximum input to developing strategies to assist the company.

After the announcement of the closure of AAP yesterday, journalists around Australia used social media to protest at the closure of the business and what it offers the industry. 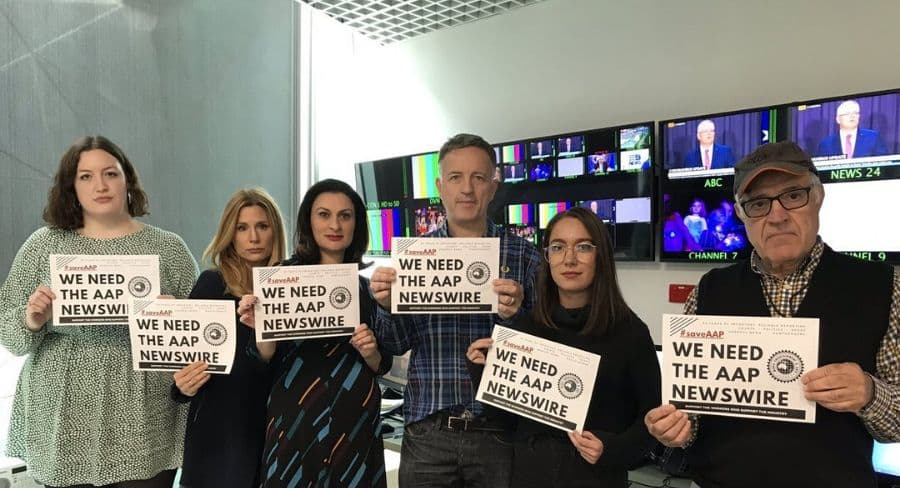 Group photos from staff at the ABC, The Age and SBS holding signs saying “We need the AAP newswire” were among those posted online.