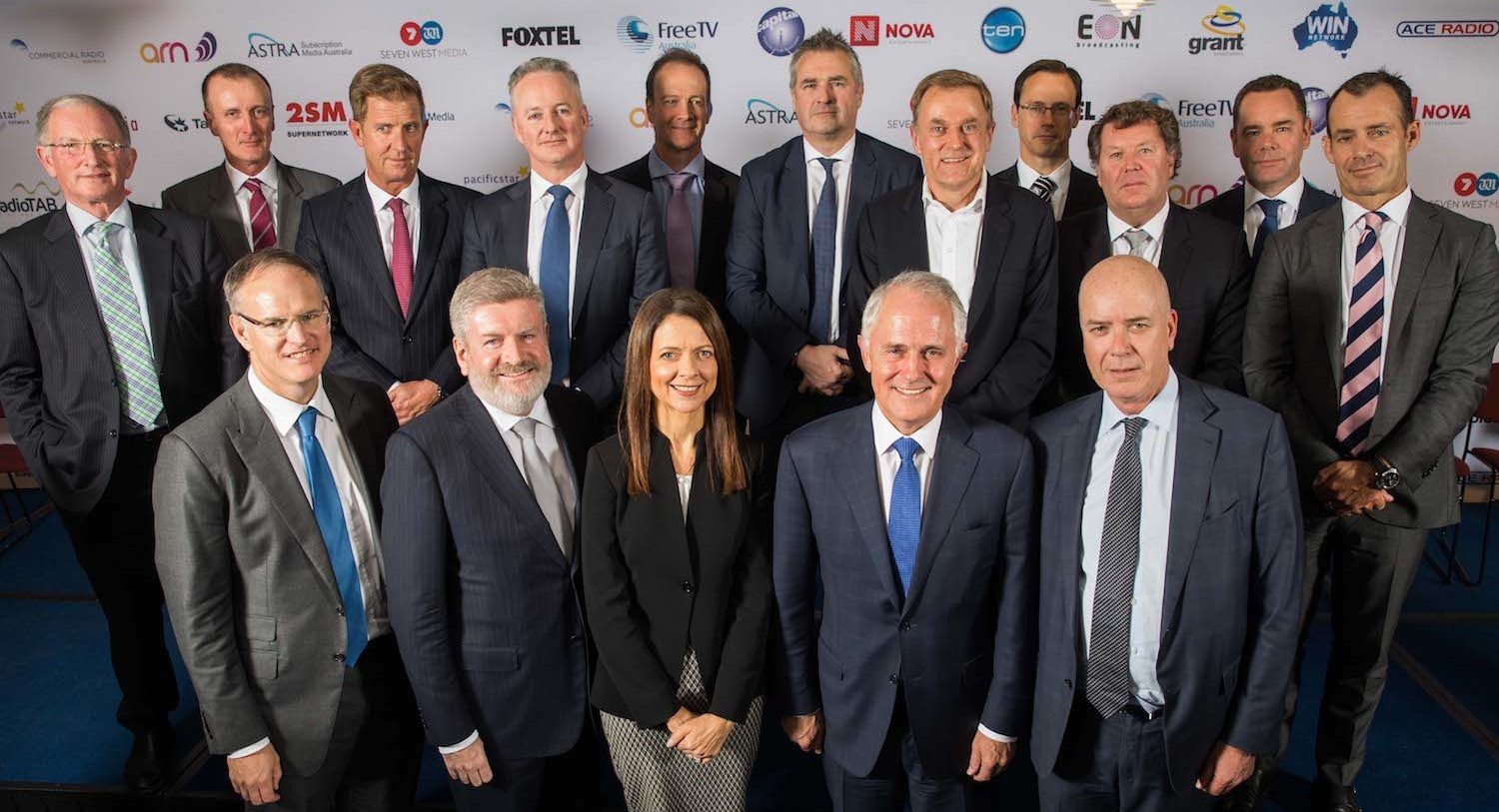 Industry leaders have welcomed the passing of media law reform legislation in the senate, saying they are ready to compete on a more even playing field.

Seven West Media has welcomed the successful passage of the government’s media reform bill through the senate.

“The government and the senate crossbench should be congratulated for their commitment to giving Australian media companies a fighting chance. I would like to thank Minister Fifield and Prime Minister Turnbull, who have delivered a landmark change for our industry.

“I also very much welcome the support for this legislation from Senator Nick Xenophon, who has consistently been a strong supporter of a diverse and viable Australian media sector.”

Seven West Media CEO Tim Worner said: “The government has achieved the comprehensive reform package that Seven has been calling for since 2013. That is no easy feat. What has been achieved today will truly empower broadcasters and publishers to meet the increasing pace of change that we are facing.

“Minister Fifield and the senate crossbench have placed us in the best possible position to meet the challenges we face head on and we are most grateful for that.”

Free TV Australia congratulated the senate for passing a historic package of media reforms, supported by all of Australia’s media companies.

“This is a significant win for Australians who love great local content, Australian stories and the thousands of Australians employed in telling them,” said Free TV chairman Harold Mitchell.

“This package will allow local media companies to invest in their businesses to meet the changing needs of their audiences and sustain local services.

“We warmly welcome the acceptance that we can’t continue to compete with the likes of Google and Facebook under media laws that pretend the internet doesn’t exist and levies the world’s highest licence fees,” Mitchell added.

Free TV said in coming together to back local Australian media, the Government and crossbench have supported homemade content, news, current affairs, drama, entertainment and sport that Australians value so highly.

The commercial free-to-air television sector alone supports more than 15,000 jobs, investing an average of $1.5 billion every year in Australian content.

“Prime congratulates minister Fifield and all parliamentarians who supported this important reform bill, knowing that the commercial viability of Australian-owned media businesses ensures diversity of voices and opinions in the community, particularly in regional Australia.

“We offer our thanks to the minister for his enduring resolve and to all the crossbench senators who engaged with us, supported the reforms and gave thoughtful consideration to this matter.”

“We believe this comprehensive package of reforms will create a competitive environment for Australia’s media sector. In particular we note:

• Removal of the artificial 2/3 restriction which limits an Australian company from owning more than two of a radio licence, TV broadcast licence or newspaper in the same market
• Removal of the restriction on TV licence holders to 75% of the potential national audience
• Provision of an investment fund for regional media to help with transition to digital and other innovation
• Employer subsidies for hiring new cadets in regional areas, including a limited number of journalism scholarships at universities to be granted

“We congratulate the prime minister Malcolm Turnbull, and the minister for communications senator Mitch Fifield, for bringing media legislation into the modern age. It is no small feat having the sector united on what is the best legislative setting for the future. Fairfax acknowledges that there was broad support by the senate crossbenchers.

“Mention must also be made of the efforts of Nick Xenophon and his team for getting behind and pushing for material support for regional journalism.”

“Fairfax will act in the best interests of shareholders to take advantage of any opportunities created by the changes.”

News Corp Australasia executive chairman Michael Miller said the reforms would help “address” how technology and new forms of delivery have altered the media landscape. “These reforms are important,” The Australian reported Miller saying. “They will better enable the nation’s media operations, particularly in regional areas, to have certainty and invest in local communities and jobs in appropriate ways for a multiplatform digital age.”

“This is a positive outcome that will bring Australia’s media laws into the digital age and help ensure local media has a chance to compete, evolve and grow,” said Commercial Radio Australia chief executive officer Joan Warner.

“Radio broadcasters can now move ahead with much greater certainty and ability to invest in local content and innovation across areas such as digital radio, streaming and podcasting without the burden of broadcast licence fees. We look forward to continuing to produce and promote the millions of hours of Australian content provided by Australian commercial radio each year.”

A panel of media industry chief executives will provide perspectives and commentary on the implications of media reform and the new media landscape as part of commercial radio’s Radio Alive 2017 national media conference to be held in Melbourne on October 13.