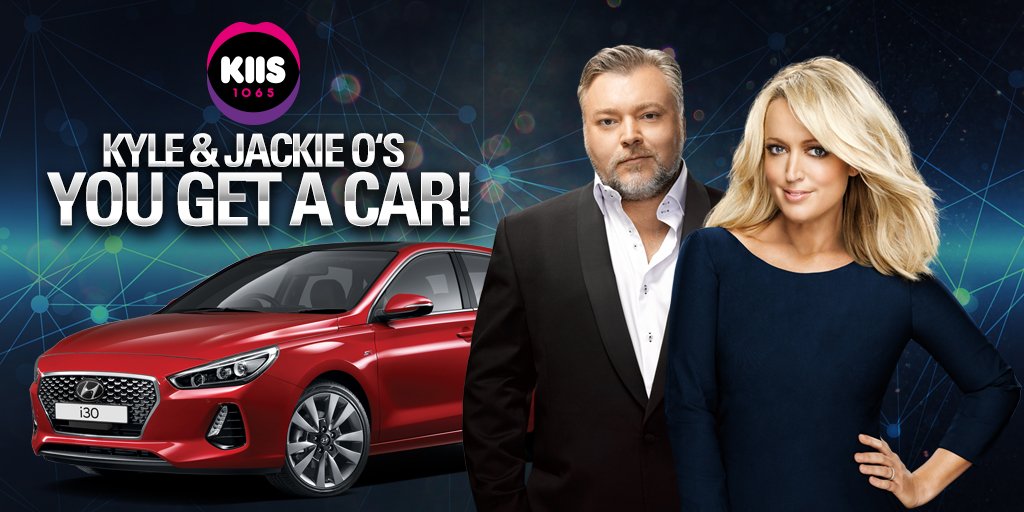 KIIS 1065 Sydney was besieged with more phone calls than normal during the breakfast show this morning. Several weeks ago Kyle and Jackie O announced that every caller who was put to air today would receive a new Hyundai i30.

Kyle Sandilands asked for the first calls at 6am to play the Bullshit Bruno game after their first song.

Jackie O revealed there was a listener dressed up in a box outside the building hoping to attract their attention. Kyle was having none of that: “We clearly stated cars would be given away to people who ring up, not those who dress up outside our building.”

The first winner was Jay from Blacktown. He also managed to win tickets to Ariana Grande. The second winner was for the Kyle and Jackie O Birthday Wheel.

There were also two opportunities to win cars during two games of Pop Quiz after 7am and 8am. Angela was the first Pop Quiz car caller.

Sandilands took a random caller off the switchboard just before 8am.

The hosts revealed there was network mayhem today as callers around Australia flooded ARN switchboards. ARN stations share the same phone number and callers in other states thought they could get through to KIIS FM on the number.

A total of 12 Hyundai i30s were given away across these hours.