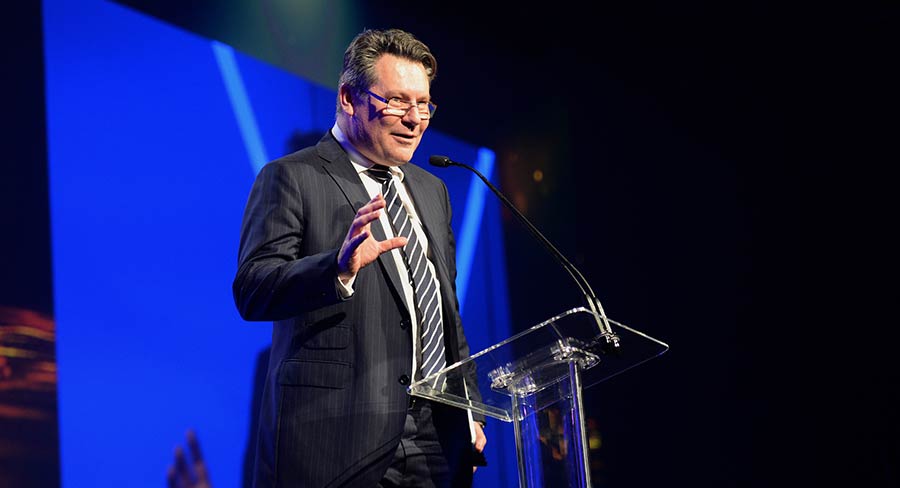 • What the ABC needs, conspiracy theories, opportunities for news brands, publishing profitability, the power of print with digital

It has been a busy few weeks for News Corp’s national daily The Australian. The paper has been receiving staggering numbers for its recent podcast series The Teacher’s Pet. Then just two weeks ago The Weekend Australian was named News Brand of the Year at the News Media Awards.

It has been a big couple of months for the paper editorially too with coverage of both the departure of Prime Minister Malcolm Turnbull and then ABC managing director Michelle Guthrie.

To talk about the brand’s recent success, Mediaweek’s James Manning and Your Money anchor James Daggar-Nickson spoke with The Australian’s editor John Lehmann.

Lehmann told Mediaweek when they ran a Stephen Brook story on the Monday just before Michelle Guthrie left the ABC that even they didn’t realise how bad her relationship was with chairman Justin Milne.

“What we are seeing now is a deeper look at how the ABC is performing as a journalistic enterprise,” said Lehmann.

“Did Guthrie or Milne have enough experience in journalism?

“The ABC at its heart is a media organisation. It is not a tech company. It’s not a commercial media organisation looking to grow revenue. It is very focused on content and there are some serious questions for the national broadcaster and how it has gone about covering news in recent times. The former Prime Minister raises questions about impartiality and I think they are reasonable questions.

“The Australian has taken our coverage of the national broadcaster very seriously for a long time, way back to the days with reporter Errol Simper in the 80s and 90s. It is an institution that sits at the heart of our cultural life in Australia and we are uniquely placed to cover it in serious depth.”

Criticism of The Australian’s ABC coverage

“It is part of our job to cast a critical eye across the broadcaster. We take our media coverage very seriously whether it be the tech titans or the national broadcaster. The ABC is funded by the good will of taxpayers and it is important that other media outlets look at the coverage it provides.

“The numbers for the ABC are astonishing across the country and it is a very influential outfit. There was probably too much focus from Michelle Guthrie on growing audiences instead of focusing on the content that is provided to the audiences. The ABC is not a commercial enterprise that needs to be focused on growth. It needs to be focused on quality, accuracy and impartiality. They have lost their way to some extent.”

Are critics of News Corp’s coverage giving you credit for power you don’t have?

“To some extent they are. If you look at our coverage of the Turnbull years up until the recent by-elections, The Australian has had differing views on some policy issues, but in general we have been supportive of the Coalition government. We have differences on things like energy policy. We will continue to hold any government up to account when it comes to what we think is good policy.

“To suggest that The Australian was somehow pushing for a regime change or something of the like is fanciful. A look at our coverage both on the front page and in our editorials will show a balanced approach.”

“The rise of fake news has shown a real opportunity for old media – old fashioned and fair media – to grow and flourish. Over the past year at The Australian we have seen our subscribers grow by 16%, which is solid growth when you consider we started on our subscription journey back in 2011. If anything, that trend is continuing to strengthen. We would like tech titans like Google to start rewarding the originators of content a little more strongly through their algorithms.”

The Weekend Australia was named news brand of the year in 2018. Lehmann noted before that The Australian was named Newspaper of the Year for the two years prior.

The Weekend Australian has been named the best in its category in four of the past five years.

Brand power of print and digital

“From a commercial perspective our revenues continue to be dominated by the print products. However, digital subscription revenue is starting to become very significant for us. It is important we continue to grow that. I might be old fashioned, but having a print product gives so much authority to the brand. I hope we can continue to publish a newspaper for a long time. The brand overall gets a lot more credibility and strength from the printed product.

“The mobile phone is winning the race for eyeballs and we will be very focused on continuing to grow content and offer different user experiences on the mobile.

“We continue to be profitable, something we have done for the past two financial years. That profit remains dependent too on advertising in newspapers.”