BBC One’s McMafia, a new eight-episode crime series starring James Norton, premiered on January 1 and it topped the UK chart for the first week of 2018. The second episode went to air the next night and the third episode was broadcast on the Sunday of the same week.

The Ellen DeGeneres spinoff Ellen’s Game of Games premiered in the US on January 2 and in our chart week ending January 14 its fourth episode scored at #16 for NBC. However, the NFL playoff game between Tennessee and New England won the week for CBS by a wide margin. CBS dominated the chart with 16 shows in the top 20. 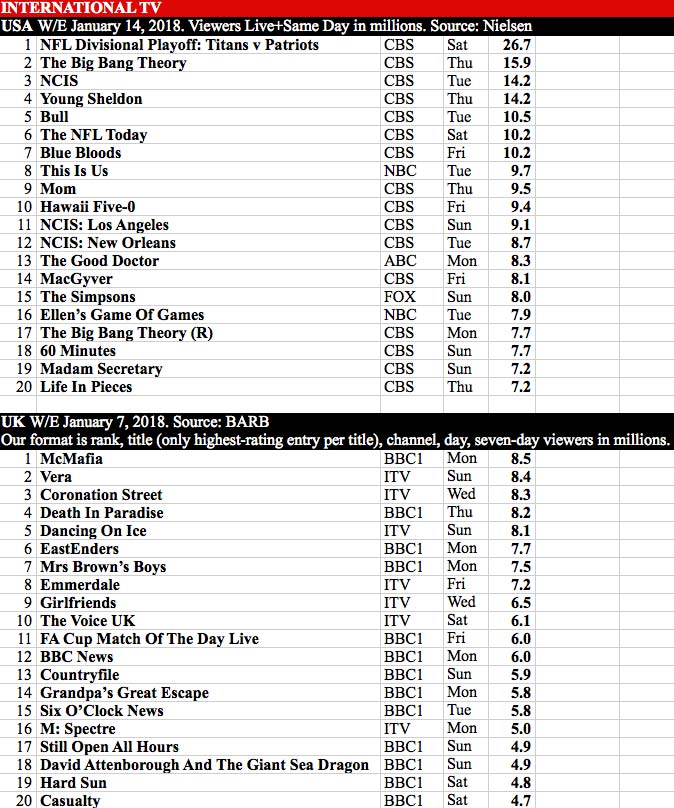