BBC One’s Blue Planet II is still topping the UK chart in its sixth week. The audience numbers are down by a little over a million viewers since the fifth week but there are still two episodes to go this season.

The top four series in the chart are the same as in last week’s chart, and in the same order. BBC One’s Strictly Come Dancing is still going strong in its 15th season, ITV’s I’m a Celebrity…Get Me Out of Here is in its 17th season, while Coronation Street has been going since 1960.

In the US, NBC once again had its Sunday and Thursday night football in the top two places, plus the Monday and Tuesday episodes of The Voice at #5 and #7. CBS had the most shows in the top 20 with 12 entries. ABC had only one entry, The Good Doctor at #10. 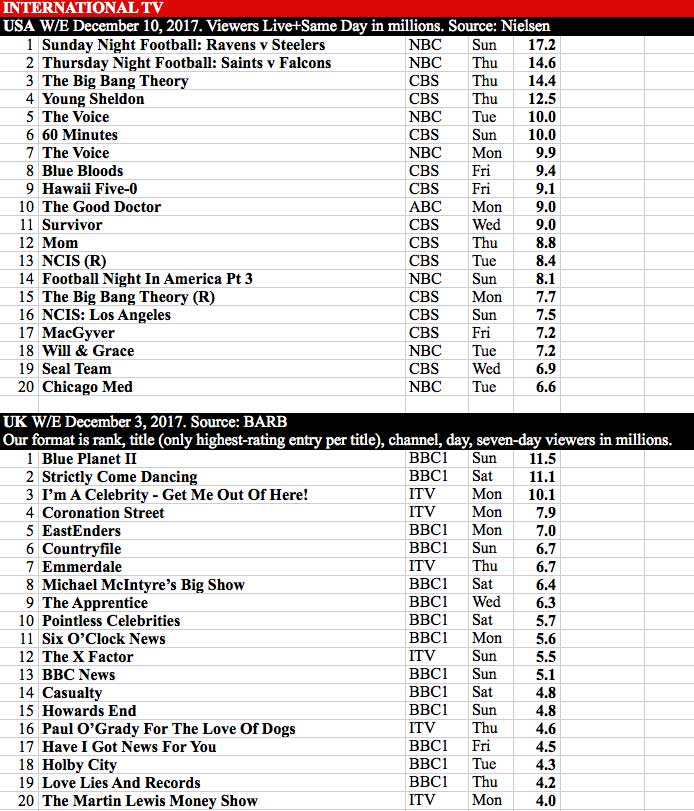