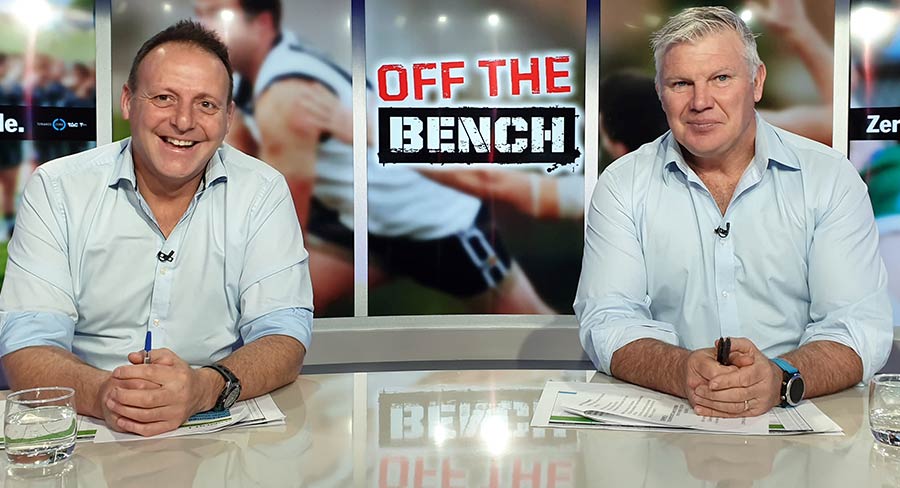 • A Danny Frawley Off The Bench tribute episode is released

Although Danny Frawley had a big national audience with his work alongside Jason Dunstall on Fox Footy’s The Bounce, many footy fans didn’t see some of his finest moments on TV.

Frawley was the co-host of Crocmedia’s Off The Bench TV show that was broadcast into regional markets on the SCA network.

The show was originally hosted by Liam Pickering and Craig Hutchison when it was launched six years ago.

As Craig Hutchison told Mediaweek earlier this week, Frawley wasn’t on the show last week after having taken some time off.

When news came through of his death on Monday, the show released this statement:

Everyone here at Off the Bench TV is completely shocked and saddened by the passing of our beloved host Danny Frawley.

All we can do at this time is to send our heartfelt condolences to Danny’s family and friends.

The program’s producers planned a tribute program, which went to air on Thursday night. The show reunited the original hosts, who also host the spin-off radio show Off The Bench on SEN and network stations on Saturday morning, Hutchy and Pickers.

During the show they played Danny Frawley highlights and recalled how the show used to be filmed in Ballarat. They’d often drive to the Victorian regional city with Frawley, stopping at his home in Bungaree where they would get a hearty meal and a bag of spuds for the boot of the car from the potato farmer.

Joining the hosts on the tribute show was regular Crocmedia contributor Nathan Brown who was coached by Frawley at Richmond.

Watch the Danny Frawley Off The Bench tribute episode here.