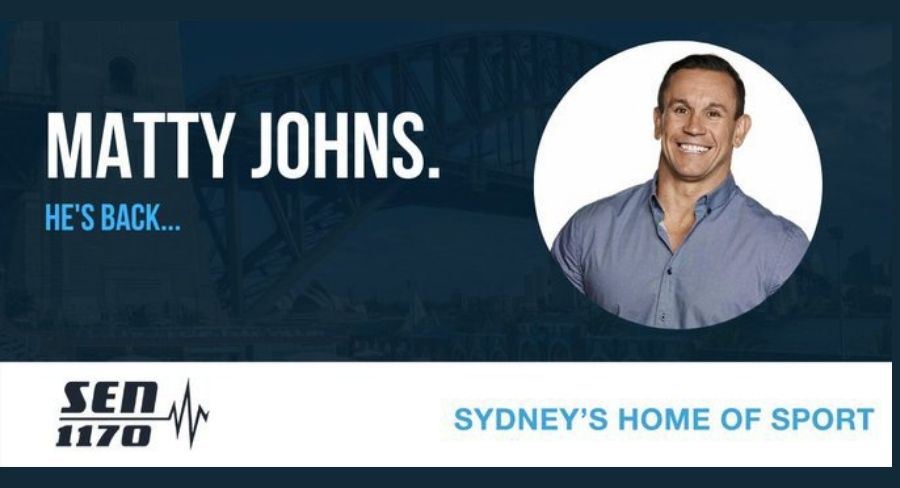 It’s been a massive few days for ASX-listed Pacific Star Network (aka Crocmedia) as the business launches not one, but two, radio networks to cover Australia.

The focus recently has been on Sydney and NSW with racing station SENTrack 1539 and DAB+ launching into Sydney. Next month the company will push the on-air button for 1170 SEN Sydney during NRL Grand Final week.

Chief executive Craig Hutchison has been busy signing a raft of big names to the station and in recent weeks has unveiled how the station will sound across the day starting with Andrew Voss in breakfast.

The biggest announcements came across the weekend when Hutchy revealed he had secured former Seven and Network 10 sports anchor Matt White to host mornings Monday through Thursday. Taking the Friday slot is the station’s biggest start (so far!) with Matty Johns returning to radio. 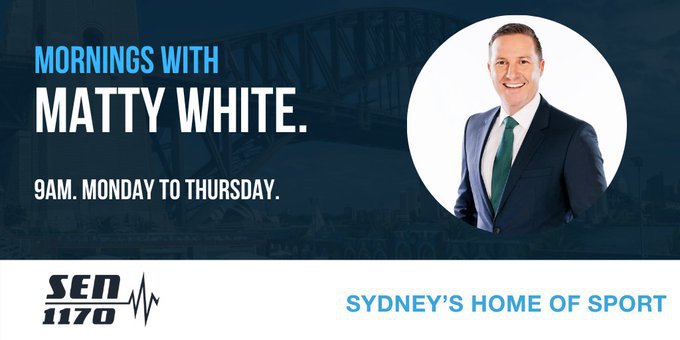 Pacific Star is investing big in Sydney where it will be offering four separate stations – 1170 SEN, 1539 SENTrack, Classic Hits 2CH and also the SEN Victoria channel for those wanting announcers like Garry Lyon, Tim Watson, Gerrard Whateley and Dwayne Russell as part of their weekday audio diet. Whateley will also do an hour live for Sydney from noon until 1pm Monday to Thursday.

Johns will host his first show on 1170 SEN Sydney on the Friday of launch week just two days before the NRL Grand Final on what will be a must-listen preview program.

The former star player won’t just host Friday mornings 9am-12noon, but he will appear for an hour on Monday mornings on breakfast with Vossy and a catch-up with Fletch and Joel during drive each week.

“When Hutchy first approached me, he offered me 9am – 12noon Mondays – but I said I wasn’t interested,” said Johns on the weekend. “It’s hard to justify having a beer at that time on a Monday…but Fridays…well that’s different, so I said yes!

“I love radio, but after eight years of breakfast shifts, I needed a break. The lure of a 24/7 sports station with a proven track record, plus the opportunity to join a team of this calibre, was too good to refuse.”

Johns hosted Triple M Sydney’s breakfast show for eight years as well as being a regular on Nine’s The NRL Footy Show and now his own The Matty Johns Show on Fox Sports. He also hosts a cult podcast including episodes of Matty at home with the rest of the family – wife Trish and sons Jack and Cooper who don’t hold back.

Hutchison said Johns would bring something truly special to the station.

“It’s ‘game on’ for SEN in Sydney – we’re absolutely pumped that Matty will be joining us and rapt that he has chosen our platform for his much-awaited return to radio.

“Matty has a rare and rich connection with audiences and is one of the best creative minds in the business. He’s a respected former player, media identity, brilliant host and born entertainer – there’s no doubt he’ll bring the ‘E’ for entertainment to SEN and we couldn’t be prouder that he’s now on our team,” Hutchison added. 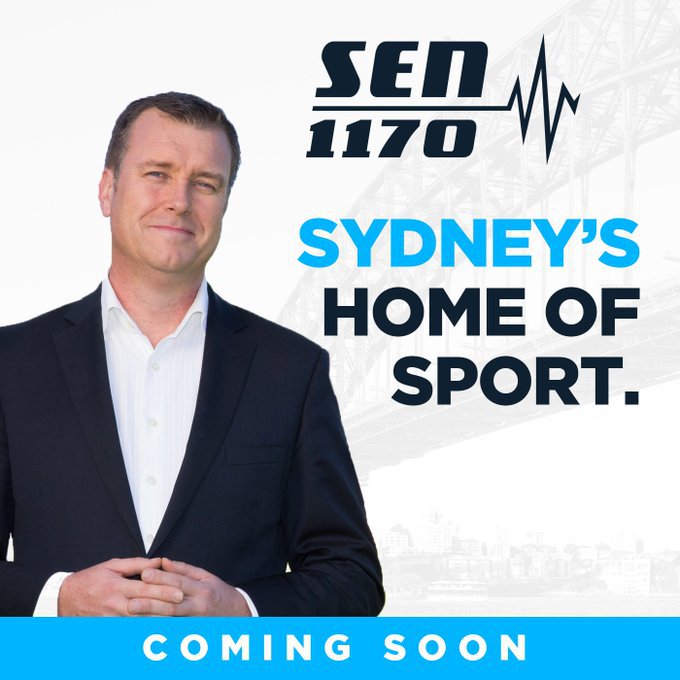 Hutchison thanked Fox League for their support of Johns’ return to the airwaves. Indeed SEN has built a close relationship with Fox League in Sydney just as it has in Melbourne where some of the SEN talent is also on air on Fox Footy. That Melbourne talent on both brands includes Garry Lyon, Gerrard Whateley and Dwayne Russell.

Sydney announcers doing time with SEN and Fox League in addition to Johns include Andrew Voss and Bryan Fletcher.

The biggest Sydney announcement though since the appointment of Voss to breakfast was the weekend revelation that Matt White is joining to host weekday morning Monday to Thursday.

White has more than 30 years experience in media across television, radio and newspapers. He is respected for his work covering and commentating Olympic and Commonwealth Games, Supercars and Formula 1, Australian Open Tennis, US Open Golf, basketball and Ironman.

White has hosted a wide range of programs, from Sports Tonight to RPM – and a number of news, public affairs and entertainment shows.

He worked at Network 10 for 16 years, including most recently as head of sport, and also spent 10 years at Seven Network including time hosting Today Tonight.

“As a sport lover I’m thrilled that 1170 SEN is coming to Sydney and even more thrilled to be part of the line-up. Radio is a two way conversation and I can’t wait to bring mornings alive with sport, sport and more sport,” White said.

White is not the only new signing for Sydney’s newest station 1170 SEN with respected nrl.com reporter Katie Brown also joining the team. Brown will be heard every morning reporting on sport between 6-9am during breakfast with Vossy.

The pair join a stellar list of names signed for the station including Sydney’s voice of sport, Andrew Voss who will host breakfast, Bryan Fletcher and Joel Caine for the drive home and Jimmy Smith who will be heard in the evenings 6-9pm.