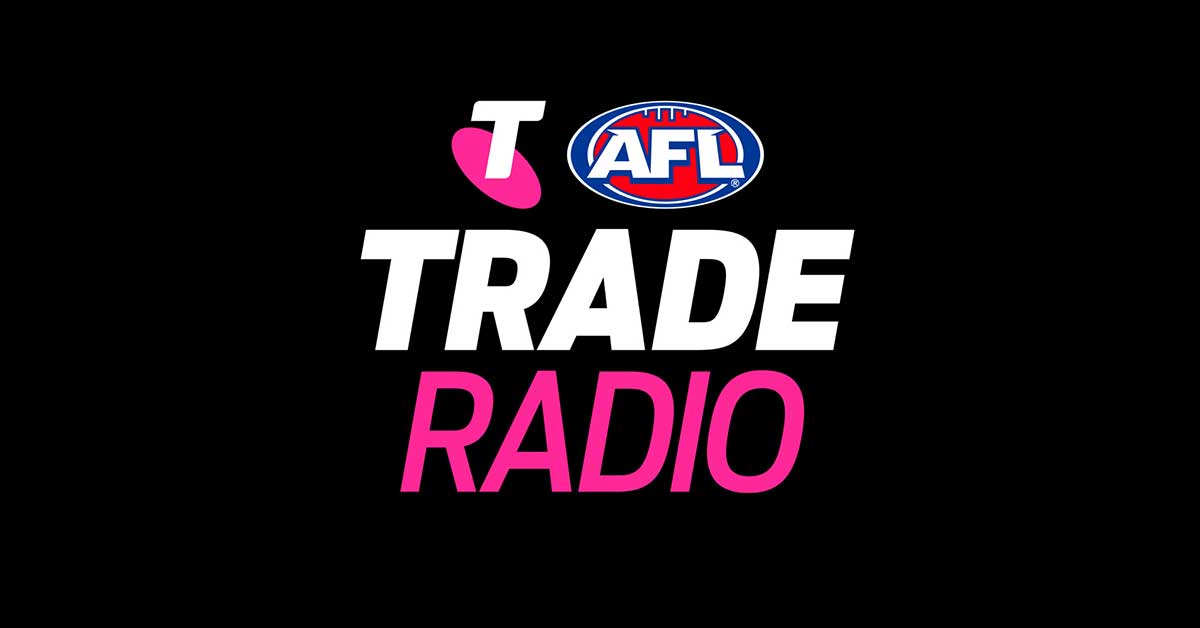 • AFL Trade Radio pulls off its own sensational recruiting move

In his first year since a decade spent building talent lists at two clubs, the Carlton legend and AFL hall-of-famer has signed-on to appear daily on the trade period’s only and original destination for player movements.

AFL Trade Radio lodged the paperwork today to secure Silvagni, giving up many future first round picks in the media off-season trade period to welcome the Blues great. He has promised to come and play like never before behind the microphone. Silvagni headlines a block-buster line-up of football experts for this year’s AFL Trade Radio when it begins on Monday October 26.

And in another post season coup, AFL Trade Radio has coaxed one of the architects of its success, AFL hall of famer Terry Wallace, into extending his feted media career through the period. Wallace will be heard every afternoon alongside Barrett and Silvagni in what will be a must-listen drive show.

Other returning regulars and a raft of new big name signings will be unveiled before the media deadline closes for new signings.

Together, they will bring footy fans all the trades, insights, deals and movements as they happen for 14 days across the critical trade period for clubs and players.

Now in its 10th year, AFL Trade Radio has become the ‘go-to’ source for rolling headlines during the trade period – topping the All Australian Podcast ranker in October last year as the most downloaded podcast in the country.

AFL Trade Radio host Damian Barrett said he was excited to have ‘SOS’ join the panel of experts in 2020.

“There is no one better qualified to offer expert insight and analysis around player movements than SOS. He has masterminded some of the biggest trades and draft picks at both GWS and his beloved Carlton, he knows the people who crunch the deals and we are thrilled that he will join the AFL Trade Radio team this year,” Barrett said.

“As it has done since day one, AFL Trade Radio will provide behind-scenes access that no one else gets to all the trades, often before they happen, and we can’t wait to kick off again, straight after finals.”

One of three generations of players at the club, Silvagni played 312 games for Carlton and was named full-back in the AFL’s 1996 team of the century.

He was an assistant coach at several clubs and list manager at GWS before returning to Carlton in 2015.

In 2019, AFL Trade Radio broadcast 156 hours of radio and 130 hours of live video across AFL.com.au and the AFL Live app; with syndicated windows across the SEN network.

It amassed over 3 million audio and video streams on AFL.com.au and AFL app platforms across 13 days which was a 117% increase year-on-year. Both visual and audio consumption skyrocketed in 2019; consumers spent an average of 68 minutes streaming audio content while they spent an average of 29 minutes consuming video content.

Footy fans can listen live and video stream AFL Trade Radio on AFL.com.au and the AFL Live Official App from 7am – 7pm each day until the trade period is complete on 12 November.