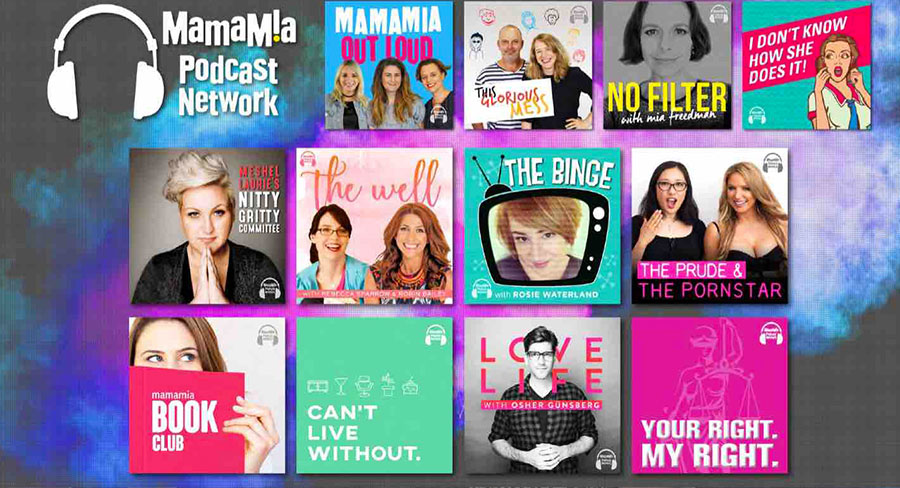 “We will continue to launch incredibly high-quality production shows that will gain mass audiences.”

At the recent Mamamia Upfront events at the east coast capitals the digital publisher focused part of its presentations on its growth as a major podcast player in Australia.

At the event Mediaweek spoke with Mamamia co-founder and CEO Jason Lavigne, head of content Holly Wainwright and head of podcasts Rachel Corbett.

How Mamamia launched its podcasting strategy

HW: Mia Freedman [Mamamia co-founder and chief creative officer] was very instrumental in saying we should do podcasts, podcasts, podcasts. We dipped our toe in the water with Mamamia Out Loud which is now our flagship show. It’s been on air for over four years. We have found women have embraced every podcast we do.

There is no question the timing was good. The idea of busy women multi-tasking is a cliché, but there is only a certain amount of screentime they can or want to consume, so podcasting, being such an incredibly portable medium, works very well for them.

We have grown from the first show with three women sitting around the coffee table in the boardroom with a not very sophisticated mic, to now, where we have Rachel Corbett as head of audio and two dedicated Mamamia studios and 30 shows.

RC: There was a little bit of luck too. When things are new you are never going to know if they will grow. If you jump on an opportunity and do it well it helps. For a lot of our listeners podcasting is self care – “I am going to focus on this for a while because it’s my way of tapping out of the other things I have to do.” 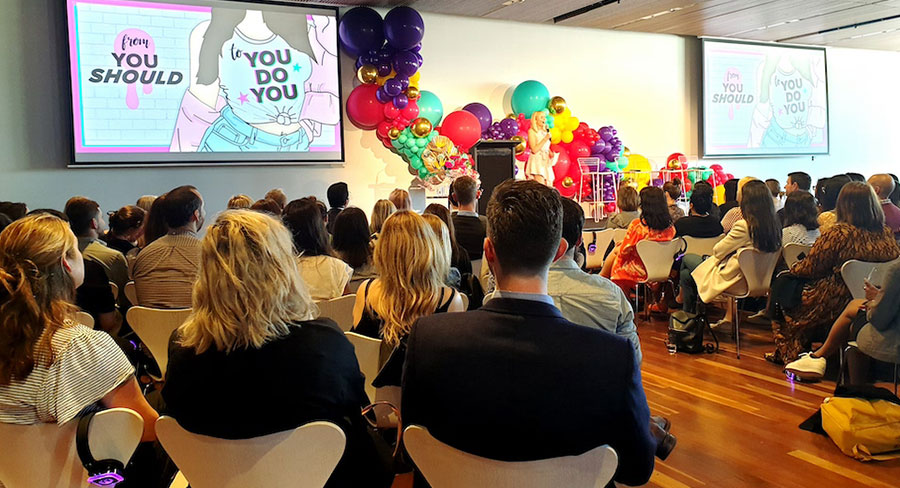 Build it and they will come: Advertisers tune in

JL: The intimacy of the medium drives extraordinary trust between listeners and the hosts. We have never seen brand uplift like we have seen with host reads and re-voiced radio ads [in our podcasts].

As far as advertising goes it has been a slow burn. Podcasts have been around for much of the past 20 years. It is a medium that has now started to build a head of steam.

Podcasting gives women control and choice. The majority of the growth in the sector is from women.

HW: In the first couple of years we spent time explaining the medium when we went into agencies and speaking to clients. That is something we do not have to do anymore.

RC: Initially it seemed liked a niche sector because many people had no idea how to listen to a podcast. But now they start popping up in Spotify and landing in Google search results – platforms jumping on are making a real difference.

See also:
Mamamia promise: If advertisers not happy, they pay what they like!

Mamamia will be having more candid conversations that count in 2020

RC: We only have rested shows, we haven’t really ever killed off any podcasts because they didn’t work and or we haven’t wanted to do them again. We realised we had other holes in the market to fill and there were other topics and areas of interest we wanted to focus on.

JL: The space has been evolving and can really be called a mass medium now. The stats out of the US recently have 53% of people listening to a podcast each month – that’s mass market. That means there are such a large number of niches to fill. We span the gamut with two daily shows. It has been our strategy to own the day as far as women’s podcasts go. We are well and truly advanced in that with The Quicky [mornings] and then The Spill [afternoons].

It’s unclear if we have been the most successful at monetising them because those figures aren’t available.

We are definitely still learning though. Podcasting is sometimes seen by media buyers as a digital medium that should be able to be measured in the same way a website is.

We know very accurately how many people listen to every show on every day – that is something that radio can’t do. As far as analytics go, there is far greater transparency and depth with podcasts.

Sometimes there are really great ideas.

You often separate the podcaster from the pretender with a quick email back that asks for a pitch document and a pilot episode. That really whittles down the number of ideas.

JL: We now have a big enough platform that lets us market the podcasts. Podcasts are also a very, very good way to advertise podcasts.

We will continue to launch incredibly high-quality production shows that will gain mass audiences.