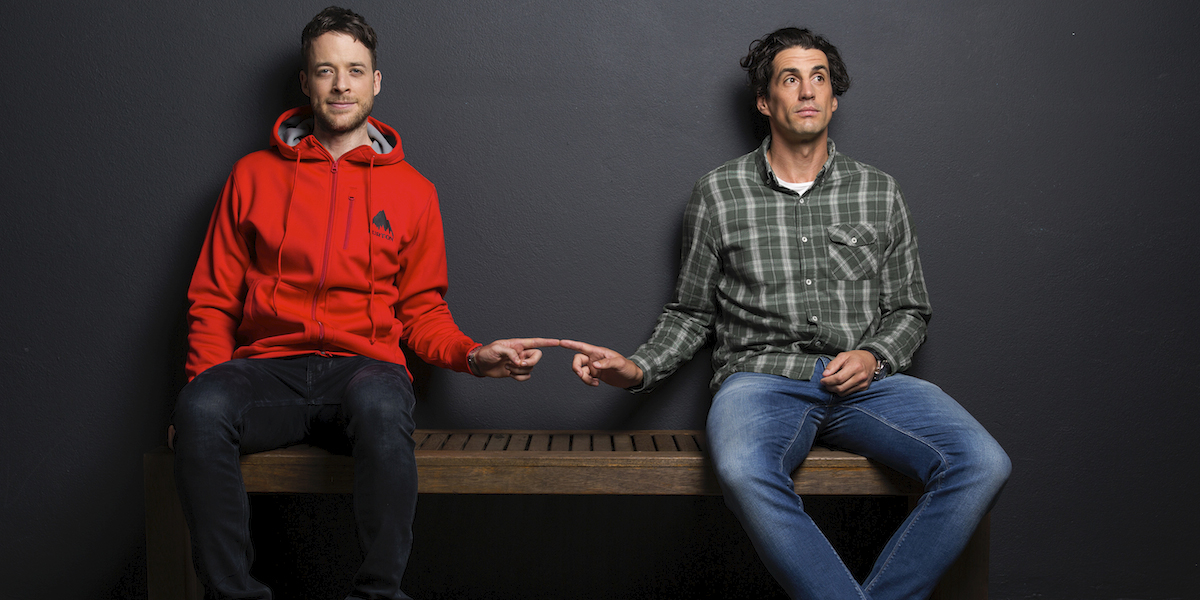 The effect that Hamish and Andy had on the Hit Network after their return to drive at Southern Cross Austereo was somewhat overshadowed by the success of smoothfm in Sydney where it went #1 FM in GfK survey five for 2015.

Southern Cross Austereo’s head of the Hit Network, Dave Cameron, reminded Mediaweek this was the second book in a row where all five Hit Network metro stations went up. “All five breakfast shows and drive slots also went up. We have had an immediate impact with Hamish and Andy, bearing in mind they were only on for 50% of the survey period. They are #1 in Melbourne and have doubled their ratings in Sydney, gone up in Perth and had impact elsewhere too.”

The drive duo’s return also allowed Fox to report it is again the only station in Australia with a cume audience over 1m listeners a week.

The reaction from Hamish and Andy when the survey five results were released? Cameron said they asked him, “Was it survey day?”

“In typical fashion they don’t get completely engaged with the facts and figures relating to their show. They were nevertheless chuffed that listeners are re-joining them after four years away. Their listeners seem as loyal as they ever have been.”

As to which other drive shows might hurt the most at the expense of Hamish and Andy, Cameron said they will likely pull audience from everywhere.

“People are still finding out they are back on air after just five weeks.”

When Mediaweek was joined by SCA’s head of Triple M, Mike Fitzpatrick, he noted Hamish and Andy were “five goals up at half time”.

Fitzgerald even added there will be some male listeners from Triple M who will likely sample Hamish and Andy. “But Triple M’s The Rush Hour in Melbourne is still #1 10+ from 3-5pm. The Hamish and Andy battle for us is after 5pm when they are up against Merrick Watts, which is still only six months in and very new. Triple M’s drive product is such a different product that we are not really competing with other shows.”

When asked if there were internal targets for where SCA think Hamish and Andy might go in the ratings, Cameron said “Not specifically. Up is good.

“We have started six months behind everyone else and it is an impressive impact. It will keep heading north.”

Fitzpatrick: “The last time we had an internal number was for The Hot Breakfast and it keeps going past it.”

From a sales viewpoint, Hamish and Andy have been ringing the cash register at the broadcaster. Cameron said sponsorship of the Hit Network drive show is sold out for 2015 and they are now working on 2016 deals.

Cameron was also happy about the result at Hit 107 in Adelaide where he has been spending a bit of time: “Breakfast is up workday is up and drive is up. We have a breakfast show [Cat and Amos] that is only 16 weeks in and we know the product is spot on and is one of the most exciting breakfast shows I am working with.”

ARN still labels itself the #1 Australian radio broadcaster, although that gap has tightened a little with ARN just ahead of SCA. Nova remains #1 under 40 with SCA able to boast its #1 25-54.

“We always thought Hamish and Andy would do well in Melbourne, but interestingly enough they didn’t do as well in Melbourne as we thought they would. Hughesy and Kate are holding their own, which is encouraging,” added Campbell.

“The key for me is that the impact in drive for Hamish and Andy hasn’t impacted completely in 10+ share. Look at that 2Day result. Hamish and Andy will have to perform exceptionally well for a station to improve 10+.”

Campbell’s wish-list for the end of the year is to have KIIS 106.5 and Kyle and Jackie rating better, plus some better numbers from KIIS 101.1 Melbourne too.

>> Mike Fitzpatrick on the other SCA network

2MMM – “While the numbers don’t look too sound 10+ we are still #3 FM brekky and only half a point behind the declining Kyle and Jackie O. And any day we beat Nova in Sydney is a good day.”

Mix 94.5 – “They are #1 every time and 96FM have a declining drive figure after plugging Hughesy and Kate into Perth.”

5MMM – “Kudos to Roo and Ditts who have jumped after steady growth for them which indicates the product is right. #2 FM breakfast is probably where they should be in football season. And again, we are always happy to beat Nova!”

“Craig will always be a mentor for us. He is an amazing programmer and created quite a legacy at the company. For us the structure doesn’t change too much with Mike and I looking after the Hit Network and Triple M. Survey five was a good survey for Craig to go out on.”

>> The Hamish and Andy effect