With more than 13,000 Tweets being viewed over 2.7 million times by a unique audience of 193,000, Gillham said sports fans around Australia jumped on Twitter to follow the real time commentary of all the big plays and key moments.

Nielsen notes there seems little doubt that the 49ers have been adopted as Australia’s team in the NFL with 91% of mentions for @49ers vs 9% @Vikings with @JarrydHayne_1 being the most named player with more than 2,700 mentions by Australian fans.

– Metrics of Activity and Reach for episode, program, network station.
– Insight and ranking mentions of actors, cast/talent, athletes, sports teams.
– Real-time monitoring of Authors and Tweets for every program on air.

– Unique Audience: The total number of distinct Twitter accounts accruing at least one impression of one or more different Tweets ascribed to a TV episode.
– Impressions Total number of times any Tweets related to a program were seen.
– Unique Authors Number of Twitter accounts that posted at least one Tweet about a program.
– Tweets Number of Tweets related to a TV program. 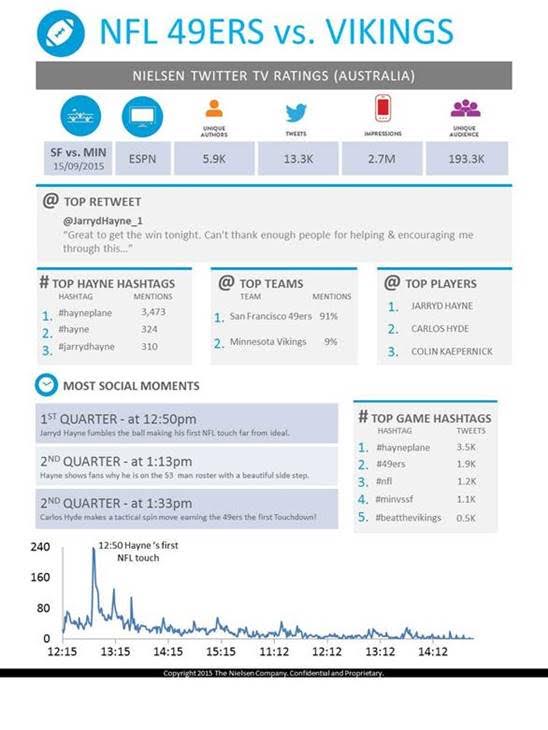