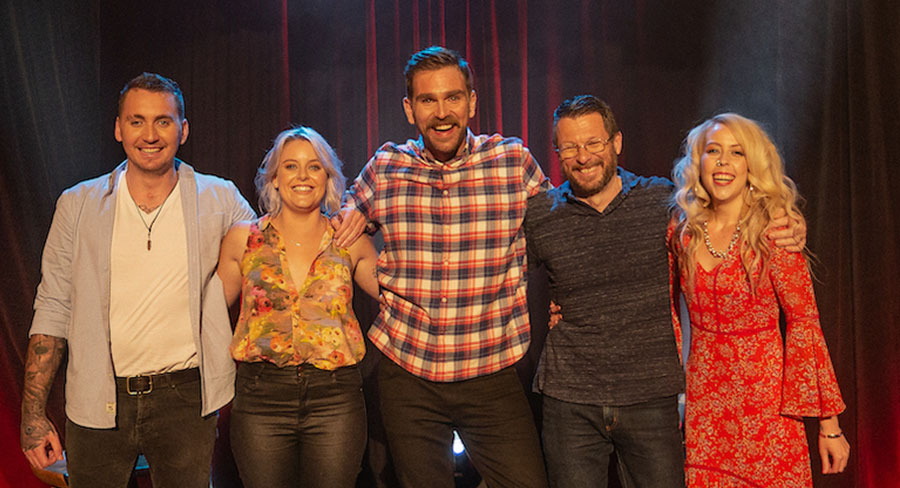 The host of the first season of Network 10’s Taboo didn’t get too excited when he heard the network had commissioned a series after a well-reviewed episode appeared as part of 10’s Pilot Week in 2018.

“I believe it when the money is in my pocket,” comedian and host Harley Breen told Mediaweek. “There is always lots of chatter around this sort of thing. I have been going 19 years in this business, when my name is signed on the dotted line I will know I’m into it.”

When Mediaweek suggested there can be a lot of backslapping in media, Breen agreed, adding, “There is a lot of bullshit.” [Laughs]

He singled out radio as being #1 on the bullshit detector. “Television isn’t quite so bad.”

Breen said the format for the three-episode first season of Taboo will be familiar for audiences who saw Pilot Week.

“I have seen episodes one and two and they follow a very similar structure, which I think is great. You see the documentary, you see the story and you get the personal information and then all of a sudden there is me doing stand-up on stage.” 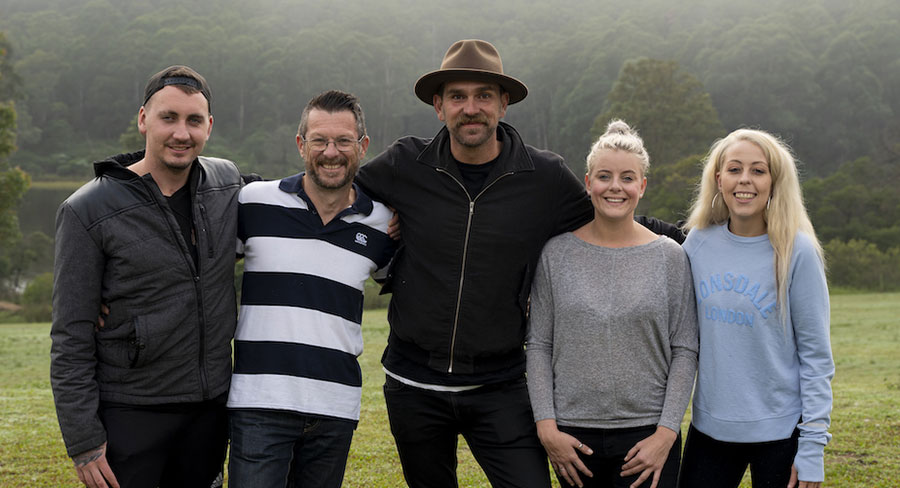 Taboo is made for 10 by Lune Media, Leonie Lowe’s Sydney-based production company. The host has high praise for the team on the show. “It is perhaps a cliché to say they are the best group of people…but I have never been involved in anything that has been as collaborative and as trusting. Everyone on the production is trusted to do their job and they do it. That includes me as the host doing stand-up. They didn’t put their heads in or mix it up with their opinions, they let me do what I do. The same went for executive producer Jodi Boylan and the editors etc. They are a great company.”

Breen has co-hosted breakfast radio, 12 months at 2Day FM, and is now hosting a primetime program. As to what is more valuable on a performer’s CV, Breen said: “They both have value for different reasons. Being able to do breakfast radio, even though I only did it for a year, shows I can turn up for walk at the coalface, so to speak. And it is a pretty well paid coalface.

“For me creatively they don’t really compare at all. On breakfast radio I was the sidekick [alongside Em Rusciano] and not the star. On Taboo I’m the host, but I’m also not the star because the stars are the participants. However creatively it is very me and it really lends itself to what I do in stand-up.”

Breen said he gets to spend time with the Taboo participants off camera. “In the house we rented for the ‘holiday’ I didn’t really have my own private room. The production company wanted to put me in a hotel down the road. I protested, as an important part of the show is how we bond and get along. That was for the racism episode and it was more important than the other episodes that I gained their trust as quickly as possible.

“A lot of the bullshit they had suffered in their lives was from people who look like me. I really needed to be in the house when the cameras had gone so we could be real people with each other.”

Since the Taboo pilot went to air, Breen said there had been a small commercial impact for him. “It is difficult to gauge. The vast majority of the people who did see it fortunately seemed to love it. It didn’t really have massive numbers on the night it was screened. But it went from a pilot, to a series and also a Logie nomination for the pilot which is an amazing turn of events.”

See also:
TEN’s Pilot Week champ: Troy Kinne – but he only just out-rates Kyle
How many watched the pilot episode of Taboo?

Breen is wary of getting too excited about proposed projects as he’s been stung before. “There’s almost an endless list,” he confided. “When I was very young I auditioned from WAAPA and I thought I had got in, but then I just missed out.

“A year later I auditioned for Universal Studios in Osaka and had signed the contracts, but didn’t end up going.” He said it comes with the business almost and is why he is a touch cynical until cash is changing hands.

“Early in my career I was more focused on acting then I am now. My acting mentor said to me, ‘Your job as an actor is to audition.’ It was a very stark reality for me that you just turn up and keep auditioning.”

Breen said he is hoping for another season of Taboo. “Next I will also focus on what I love most which is live stand-up.”

Comedy is a very competitive space these days, Breen noted.

“In the days when I started there was an old guard of comedy feeling like there was a few too many people turning up. And now…

“Comedy has gone from being quite a fringe, almost underground kind of entertainment, to be very mainstream. The Melbourne International Comedy Festival is the biggest arts event in the country.”

While noting comedy is competitive, Breen added: “We’re not in a race. I am on my own. This is my own career, and you have to try and make it work for yourself the best you can.”