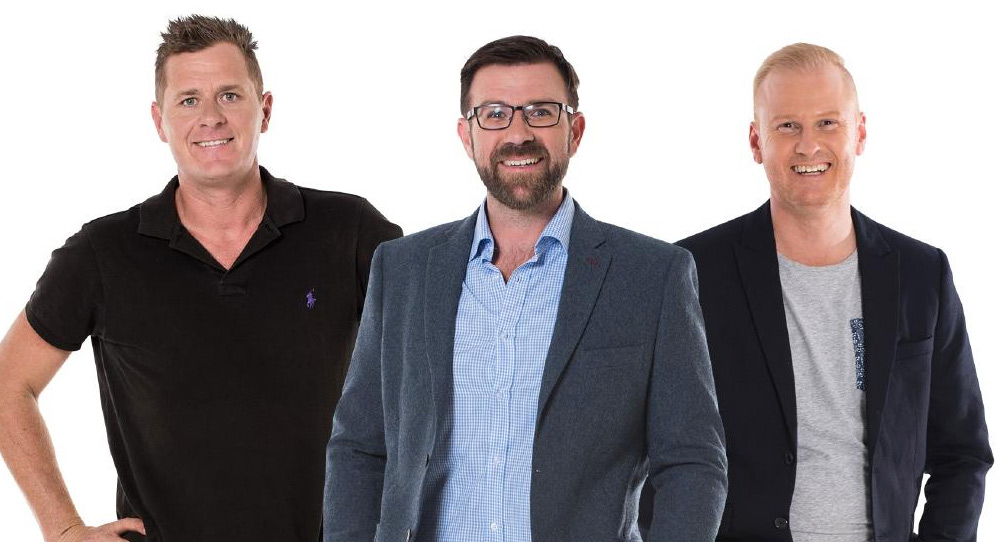 It has been a brilliant year for Nova with seven successive wins after dropping the first survey. Year high for the station was 15.8% in survey three. Ash, Kip and Luttsy have dominated breakfast with six survey wins and a year high of 14.8% in survey three. The station can boast #1 dayparts everywhere you look from Greg Burns and Katie Mattin for at-work listening, Kate, Tim and Marty in drive and Smallzy in the evening. In survey eight Nova has biggest station cume (573,000) and breakfast cume (346,000).

Ranking #2 FM not a bad way to end the year, but station share has been higher five times in 2017 with a peak of 11.5% in survey two. Breakfast with Stav, Abby and Matt was on 10.9% this survey, which is the show’s best since survey three. Breakfast best for the year was 12.2% in survey two.

Rocky year for the radio station after Robin Bailey was let go in breakfast. This is the station’s lowest share in over two years. Breakfast ended the year on 10.0% for Bianca, Terry and Bob after the station ranked #1 FM breakfast in survey four on 12.8%.

Double figures is a very good look for this ARN music station, but maybe not for the FM station it managed to outrate. This is the best result in over two years. Breakfast with Laurel, Gary and Mark was on 8.9% this survey, which is their best result this year. Survey eight is good to them though – they were on 10.0% this time last year.

The year started promisingly on 10.6% with their new breakfast recruit Robin Bailey, but it peaked at 10.8% one survey later. Breakfast also peaked in survey two, on 12.3% but ended the year on 10.1%, a share it recorded three times across the year.

This is the equal best station share in two years and the best in 2017. Alan Jones and Ray Hadley were both up this survey. Breakfast ended the year on 8.1%, which is a little below the year’s peak on 8.4% in survey four.