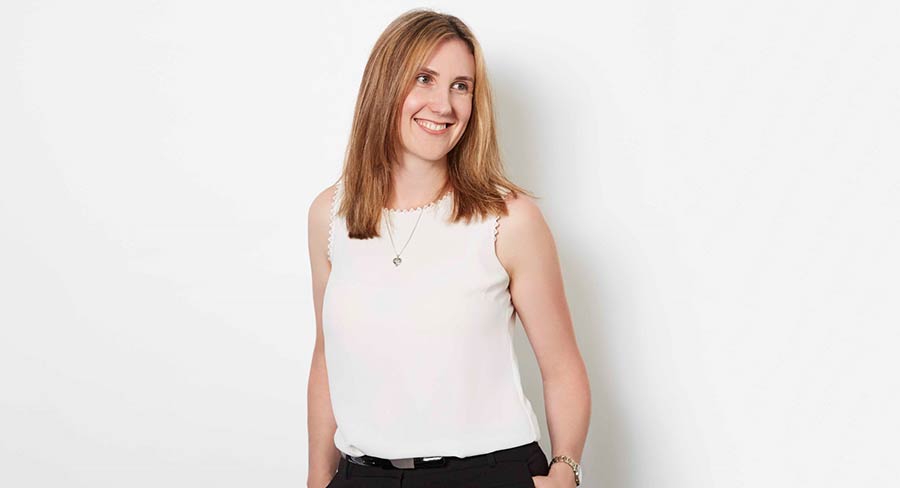 Discovery Communications is the parent company of the TV brands operating under that umbrella. Looking after the company is Rebecca Kent, general manager of Discovery in Australia and New Zealand.

Kent originally looked after the Discovery brands on an interim basis in 2017 in addition to holding down her day job in Singapore for the group looking after business transformation. “I was juggling the two roles and splitting my time between Sydney and Singapore,” Kent told Mediaweek. “I moved to Sydney permanently in January this year to take over the new role permanently.”

It’s has been a busy year for the new GM with 7Food Network the latest of deals that has seen a record amount of high-rating Aussie content across the brands. Kent has been with Discovery for six years after starting in the London office working on business transformation across Europe. “A lot of that worked focused on integrating the newly acquired businesses they had bought at the time – including SBS Nordic and Eurosport. I then moved to the Singapore office to take on an Asian role.”

Kent is an Aussie from Melbourne now spending her first time living in Sydney.

Discovery has 10 brands in the market in Australia. The traditional and more familiar brands are Discovery, Animal Planet, Discovery Science, the female-focused brand TLC, Discovery Turbo, Discovery Kids and Eurosport.

The local Discovery office is responsible for the complete operation across Australia and New Zealand – the channels business, the program sales and any new business that may arise.

The latest deal secured under Kent’s leadership was the 7Food Network channel, which launches at the start of December. There will be a handful of Food Network channels in the market with Fetch’s Food Network offering continuing. SBS will also keep its Food channel, but it has lost the rights to the Scripps programming it previously showed. The SBS channel is changing its name to simply SBS Food from this Saturday November 17.

Some of the programming might be shared on both Food Network channels, but Kent explained it would have different windows, a little like how programs appear on Foxtel and then free-to-air.

Kent called the Discovery channel the group’s “hero channel” in this part of the world. “It is the brand that is nearest and dearest to our hearts.” Viewers have really warmed to some of the local commissions on the channel, which come close to topping the Foxtel ratings when screened.

“We screened season three of Aussie Gold Hunters this year and we are ready with season four for 2019. The series has been a huge success for us locally and it is easily our most successful local franchise and it is the highest-rating local production in the channel’s history.

“What is particularly pleasing is that it is also working really well on our overseas channels. Aussie Gold Hunters screens in around 33 countries and does very well in places like the UK, Italy and Germany. What we are finding because of that is that our international colleagues are looking to us more and more to create Australian programs they can use on their channels.

“We had another series this year which has been a breakout hit for us – Outback Opal Hunters – and we will be doing another season of that next year.” “We are also looking at what further commissions we could do for next year. We have a couple of ideas in development. The success of these series is helping us create more local productions.

“For an international company like Discovery, it is important that something we commission could travel well into other markets. Our model is making great programs and showing them in other markets.”

One of Discovery’s biggest themed events is Shark Week, which goes to air later in November. “The programs rate well for us every year and Shark Week is a flagship event on the channel. It is one of the best things we are known for. Shark Week for instance is referenced in a lot of pop music lyrics.”

While Discovery is an important brand, so too is Animal Planet which has had some big launches in the past few weeks.

“Animal Planet is a truly global channel brand for Discovery and just earlier this month had a complete brand refresh. The channel’s mission is to cover the childhood joy and wonder of animals. Part of the rebrand was taking the Animal Planet logo and turning it into a blue leaping elephant, which plays with the channel’s mission. It also links with the original logo, which also featured an elephant.”

Steve Irwin of course was a big part of Animal Planet and just recently his family has returned in the new series The Irwins. Both these new series featuring iconic Australians are global commissions, which Kent explained means they have access to a good budget and huge audiences.

Chris Brown visits different countries in his series, while The Irwins is focused on their Australian Zoo and is making Robert Irwin into something of a global star. (Terri and Bindi already are.) Kent on highlights on some of the other brands:

Discovery Science: “Space Month, which was a huge ratings success for us.”

Discovery Turbo: “A very successful channel targeted at motor heads and there are a lot more of them in Australia than you might think. It looks at things like restoration, building amazing vehicles – cars and motorbikes.”

TLC: Kent said it carries some of her favourite programming. “It is a real life entertainment channel for women that gives viewers a window into other peoples’ lives.”

HGTV: The US home and lifestyle channel.

Travel Channel: This channel delivers compelling content 24/7 for people who have a passion for travel and are curious about the world’s prettiest places.

Food Network: Two will continue to be available in Australia (see above).

The linear TV business is still very strong for Discovery.

Kent: “We are always looking for growth opportunities. It is hard to say what that might be because the media landscape is changing so rapidly in Australia. Wherever there is change there is opportunity.”

Kent said Discovery will continue to look at opportunities to exploit the Scripps Network content too as best it can.