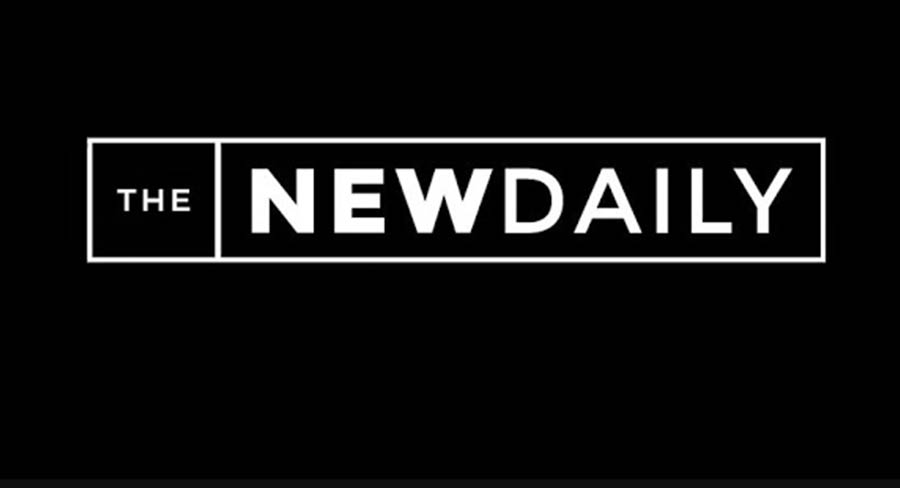 The founders have highlighted the climb up the Nielsen news site rankings – from outside the top 200 at launch to inside the top 20 for most of this year – claiming it is a significant slap in the face to early critics and sceptics who said it would never last.

“We never took much notice of them [critics] to be honest,” said Guthrie, on the eve of the site’s fifth birthday celebrations. “We just put our heads down and kept working hard. The results speak for themselves.” The fifth birthday comes as The New Daily publisher Paul Hamra challenges a recent report that the site’s ad revenue has collapsed. (See below.)

Owned by Industry Super Holdings, which is made up of 29 industry super funds, The New Daily was created for fund members – and non-members – to provide a free news service in an age of news paywalls and increasing media concentration. One of its primary goals was to improve the financial literacy of readers.

“Incredibly, we are often the only news site in the Nielsen top 20 that’s been launched this century,” Guthrie said, adding, “In that sense, legacy media still dominates the landscape, but we are now firmly part of the conversation.”

The site’s funding model sees it supported by ISH and advertising. The actual publishing of the site and its newsletters is done by Motion Publishing, whose directors are Guthrie, Crikey publisher Eric Beecher, and longtime Adelaide publishing identity Paul Hamra.

Motion Publishing recently won a contract extension which Hamra, managing director since launch, said was an important endorsement of both the site’s achievements and its future.

In its five years the news site has grown to an audience of 2.3 million monthly users, according to Google Analytics.Nielsen Digital Panelhas had The New Daily in its top 20 news websites in Australia for most of 2018.

“We were coming from an absolute standing start,” said Hamra of the November 13, 2013 launch. “Unlike most of our competitors we didn’t have decades of print or TV audiences following us into digital.”

An article published by The Sydney Morning Herald last Friday (2/11/18) significantly misrepresented the performance of The New Daily (TND). It reported that revenues had collapsed and costs were slashed. In fact, the opposite is true.

Here are the facts: TND’s adverting revenue for the last financial year was $1.224 million, up 15% on the previous year’s figure. Because of the change in accounting methods, all but 15% of this revenue was applied directly to the expenses column. This is why costs in 2018 are shown to have fallen by almost $900,000 against the previous year. It wasn’t because they were “slashed”; in fact, costs went up because our owners increased their investment in journalism.