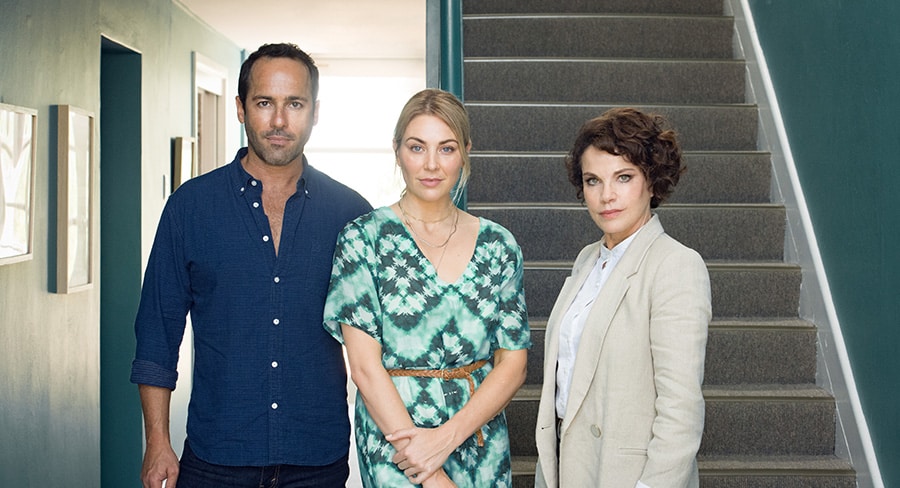 • Behind the doors of St Brigid’s birthing centre is a captivating world of new life, love, and deceit

Behind the doors of St Brigid’s birthing centre is a captivating world of new life, love, and deceit, and right at its heart is Grace (Kate Jenkinson), a midwife whose world is turned upside down when Sophia (Alexandra Jensen), the daughter she gave up for adoption 17 years ago, arrives unannounced and pregnant.

Sophia’s arrival rocks Grace’s world and brings into question all the decisions that have brought her to this point in life.

While she struggles to come to terms with this bombshell, her midwifery family face challenges of their own: trainee Max (Ben O’Toole), an ex-army medic navigating his first day on the job; midwife Sasha (Kat Hoyos), secretly struggling with the emotional demands of the job; and unit manager Laney (Catherine Văn-Davies), who is in a tangled affair with hospital executive Paul (Luke Ford).

Grace’s messy world is further challenged by her complex relationship with her mother Diane (Sigrid Thornton), the demands of Sophia’s adoptive father Kirk (Alex Dimitriades) and her ex-husband Jim (Ben Mingay) wanting to sell the house from under her.

With major production investment from Screen Australia in association with Screen NSW’s Made In NSW Fund, Amazing Grace Premiers Wednesday, March 3, At 9.00pm On Nine And 9now.